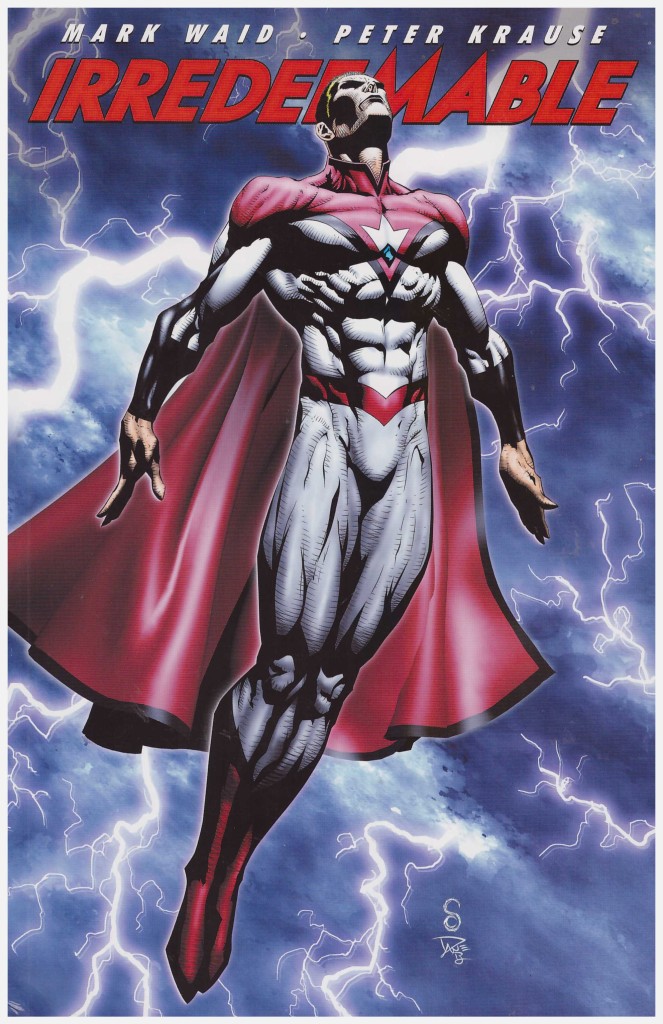 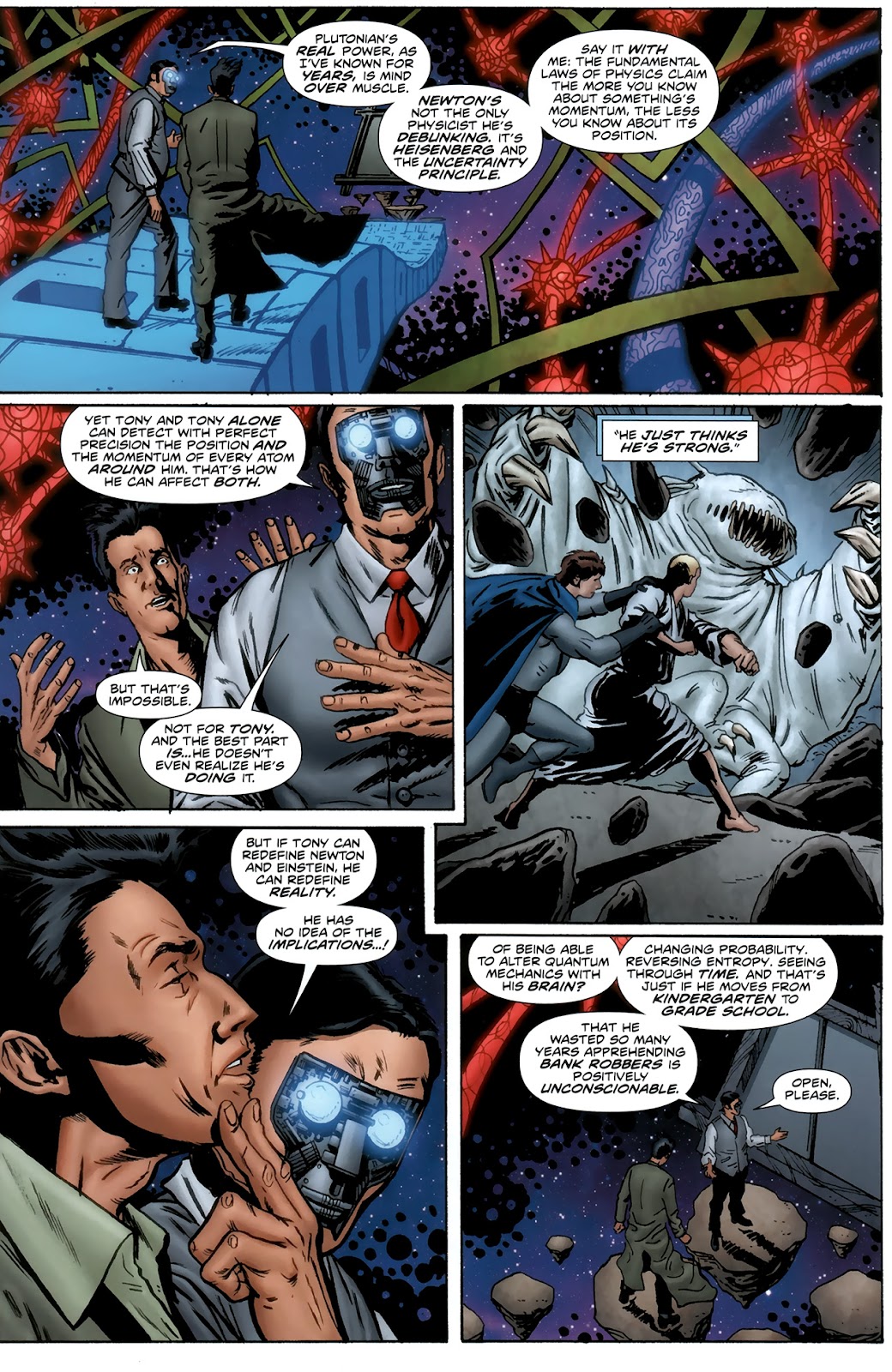 As was the case with Volume 6, the art is shared between Peter Krause and Diego Barreto, with Krause again handling the pages featuring the Plutonian, while Barreto concentrates on the remainder. These pages largely feature Qubit, super-genius, once a colleague of the Plutionian among the Paradigm, and a digitised robotic version of Modeus, formerly the Plutonian’s greatest foe. Barreto’s depiction of him with a familiar human body, yet robotic face with glowing eyes is quite unsettling.

Despite his being the most powerful being on the planet, a method was been devised to remove the Plutonian from Earth. Volume six saw him shunted across the galaxy to be deposited unconscious in a form of cosmic insane asylum, where he appears to have found a friend. Reversing a technique used in the previous volume, Mark Waid reveals to the readers all is not as it should be, while the Plutonian remains ignorant. This, though, is a situation resolved by the end of the book.

As the Plutonian gathers allies to aid his escape, Qubit and Modeus track him across the galaxy using teleportation technology developed by Qubit. That and a novel, but somewhat contrived and convenient, method of reversing time play a large part. This, though, is a rare lapse in Waid’s considered plotting, the admirable depth of which is revealed in a passing sequence. In the previous book Qubit was angered that technology he’d invented had been traded without his knowledge to a predatory alien race. Here we have the payback.

After a slight dip, this is a rapid return to form for Irredeemable as the breakneck pace and constant twists reassert themselves. In the opening pages Waid delivers a stunning redefinition of how the Plutonian’s super abilities work. As the Plutonian is, to all intents and purpose, Superman, this is all the more remarkable. It’s clever, and the first of several shock revelations, some quite horrific.

Bring on Volume 8. , with which this is combined in hardback as Irredeemable Volume Four, or alternatively, the whole series is packaged as the Irredeemable Omnibus.