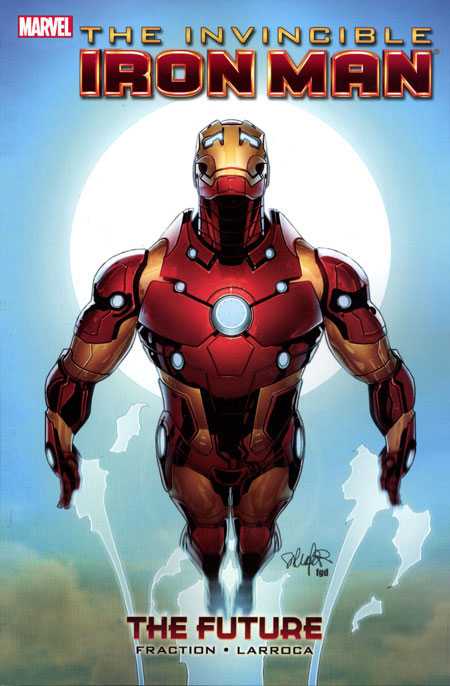 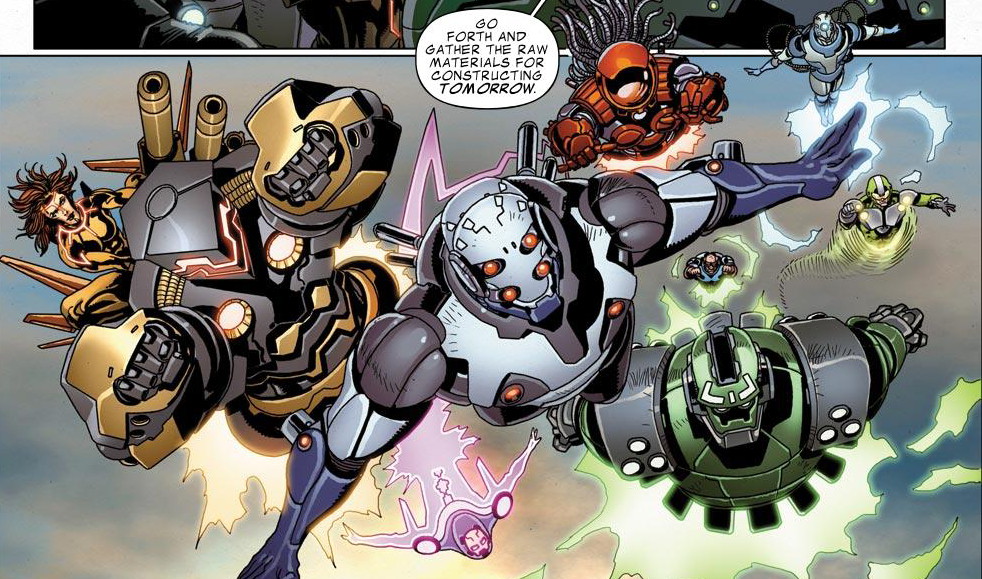 Is there anyone expecting Matt Fraction’s run on Iron Man to conclude with a whimper? One of the chapters in the earlier My Monsters detailed a specific relationship between Tony Stark/Iron Man and his old enemy the Mandarin. At the time this was considered a one-off glimpse into a possible future later altered, yet the beginnings of that have now come to pass. Is this future immutable?

In Long Way Down much was rectified, but it became apparent that as long as Stark was involved with his company he’d be endangering lives, so he removed himself. His new working environment, though, is far from ideal. Set against this is how his former company, now just named Resilient, is progressing without him. Crucial to their future is a system they describe as data storage on an atom. Fraction also constantly drops back in on Hammer and their Detroit Steel project, now in global effect, and there’s a new Iron Man who’s being kept secret from Stark’s friends. They’re smart people, though.

There’s been a mid-section droop midway through Fraction’s Iron Man, but he’s now back on top form, throwing a dozen plot balls into the air and keeping them there very satisfactorily. What’s more, he seems to be keeping himself amused by echoing old plot threads. Much of what occurs here could be seen as an alternate version of Iron Man’s origin story. While he may play around by echoing the past, the serious business is the future. Fraction keeps on top of present day technology and extrapolates from there into a pretty awesome finale.

And as far as the future is concerned, maybe one day all superhero comic artists will catch up with Salvador Larroca. Tony Stark’s world looks a technological marvel, and you can almost hear the ringing in your ears when those armoured suits clang against each other. Larroca’s storytelling is exemplary, but there’s never a deficiency of detail either. Just like Stark sheds his past armour, Larroca has moved away from the pseudo photo realism with which he started the series, and the art is actually better for this.

For all the thrills, there’s a downbeat quality to the final chapter. Not much appears to have changed for Tony Stark, although Fraction does set up his surprise step into the Guardians of the Galaxy quite deftly. Summing up what’s been achieved overall though, Fraction’s is an immense run on Iron Man. The material he plots has been consistently compelling, and he’s ensured that there’s a more inclusive element to his storytelling. Pepper Potts has been integral to the series from the start, and in a manner that’s genuinely prompted rather than movie associated. Maria Hill was up front through the early part of Fraction’s run, and when she was needed elsewhere there were gay characters and African-American cast members, neither used in a tokenistic sense, but incorporated into everything.

In terms of continuity the next writer to take a tilt at Iron Man was Keiron Gillen, beginning with Believe.