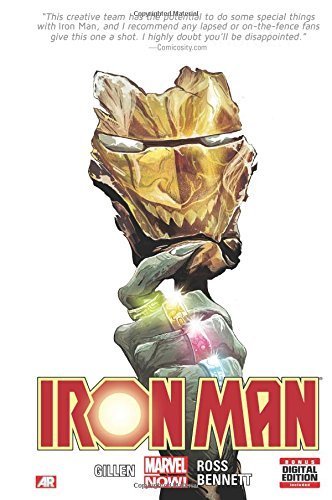 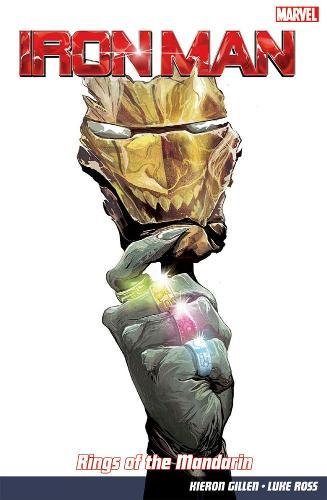 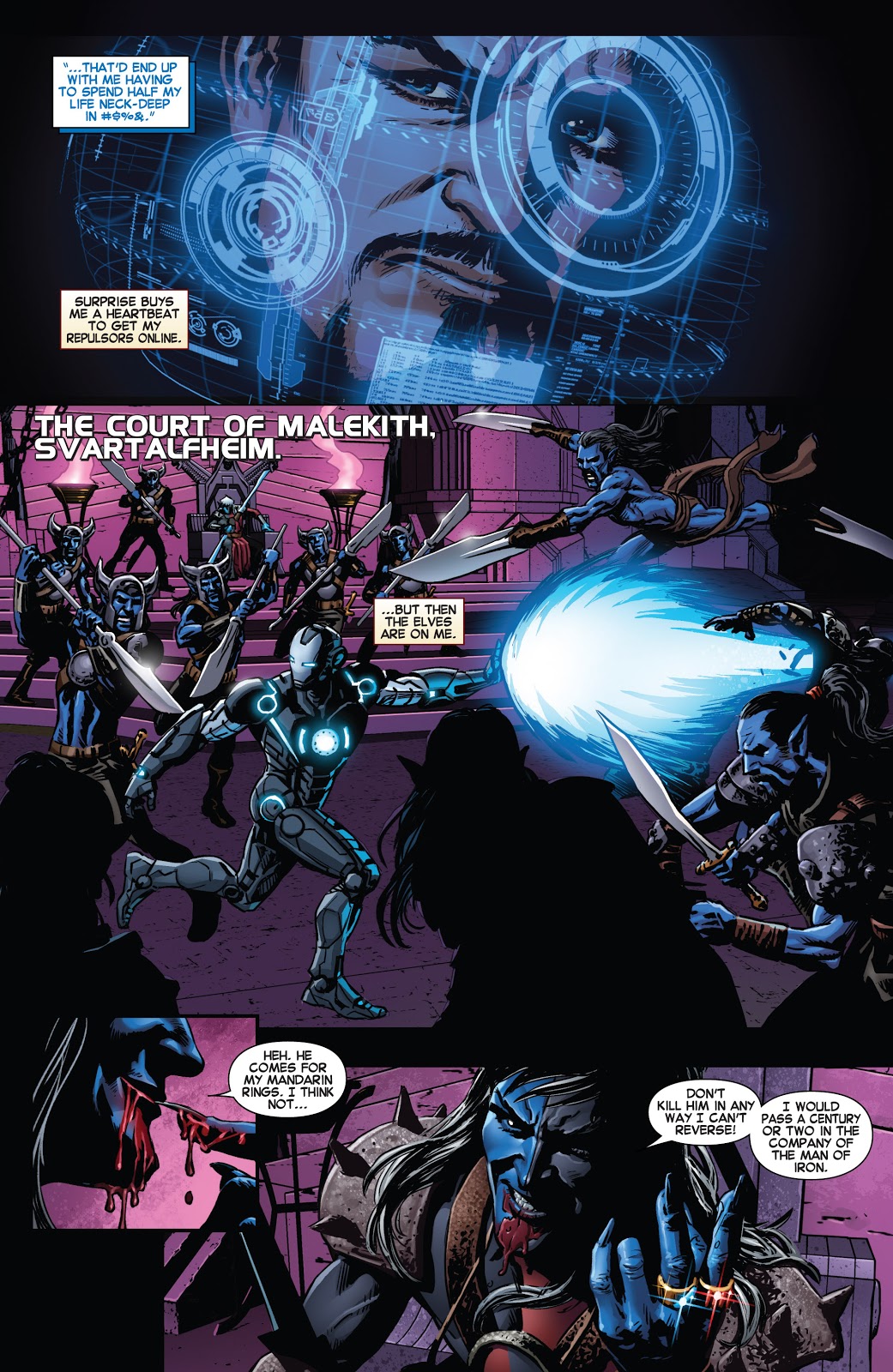 Rings of the Mandarin concludes Kieron Gillen’s 2013 radical reworking of everything Tony Stark thought he knew about his family history. Iron Metropolitan showed how the ten powerful rings once owned by the Mandarin weren’t safely buried in a vault after all, and they’ve been seeking out new hosts. This revelation comes on top of Tony learning he was only adopted by the Stark family, and his biological Stark brother Arno is a bed-ridden, technological genius who was locked away and raised in isolation at the Maria Stark Foundation Hospice.

Iron Metropolitan concluded with a gnarly hand wearing three of the Mandarin’s rings, revealed to be attached to Dark Elf, Malekith the Accursed, who gloats over the Rings he now grips in his cruelly taloned hand. He’s proved more than a match for Thor. It’s a clever twist from Gillen for new readers who may only be familiar with Marvel’s film universe, where Malekith has been seen. Meanwhile, on Earth, Iron Man is tackling a succession of deranged new Mandarins.

Fed up with playing catch-up, Tony changes tactics and hires Shevaun Haldane (former Dark Angel and mystic mercenary) to act as his handler and advisor as he attempts to infiltrate his eldritch enemy’s magical home turf of Svartalfheim. Unfortunately it involves leaving his best weapon behind as “cold iron” is anathema to Elves and they can spot him coming if he goes in fully kitted-up.

Thankfully on Earth Arno is proving to be as devious and many-layered as his foster-brother and enters into an unconventional political alliance even as Tony opts to sacrifice his intended escape route home. Having noted Tony as an adopted infant, Gillen hasn’t finished toying with readers and Malekith’s psychological assaults include the claim that baby Tony might be an Elven changeling. There’s a clever ending to Malekith’s menace when he craftily takes something from the Maria Stark Foundation Hospice that may in time prove far more valuable and deadly than the trinkets he has grudgingly surrendered.

The eventual threat is revealed to be a Marvel villain of long standing, but is he the person we all suspect? Can the Mandarin really have escaped death yet again? Joe Bennett and Luke Ross (sample art) illustrate this riotous wrap-up of the blockbusting future-flavoured epic in spectacular, cathartic fashion. Rings of the Mandarin is a rollercoaster splendidly closing one chapter in the ongoing escapades of the Golden Gladiator whilst setting the scene for more metal-machined marvels to come. They’re produced by Tom Taylor and start with Superior Iron Man: Infamous. 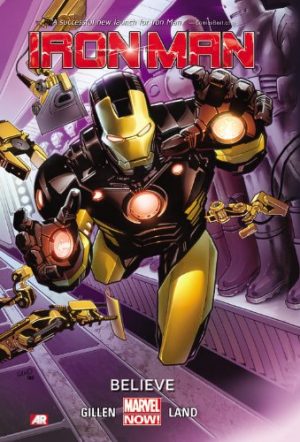 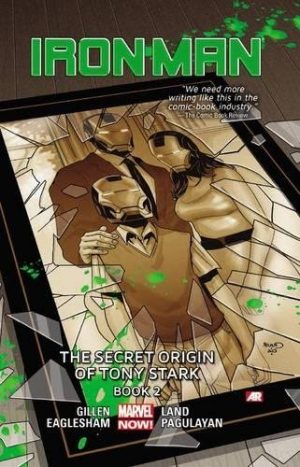