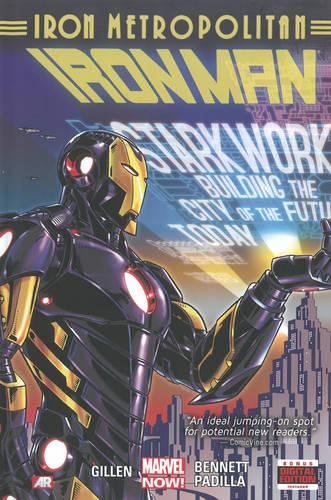 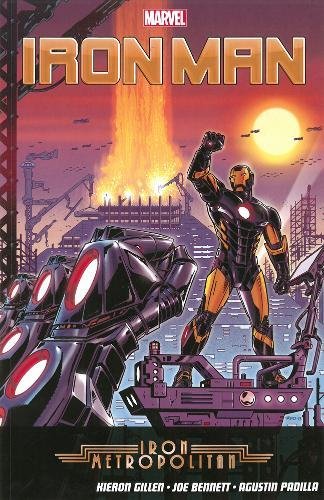 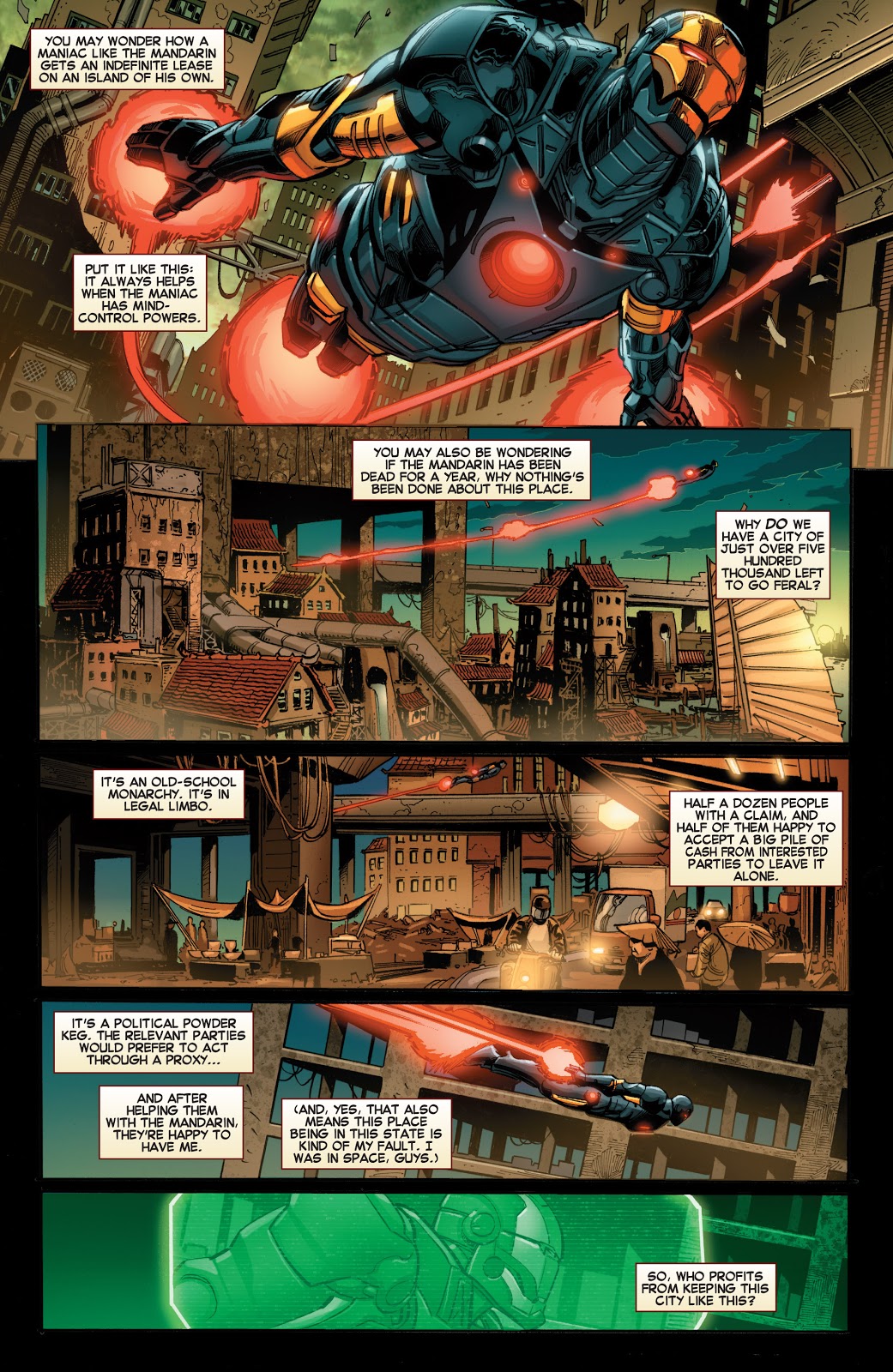 Now back on Earth, Tony Stark has survived one hell of a danger out in space while also learning of a destiny planned for him even before he was born, as per the two volumes of The Secret Origin of Tony Stark. The relevant element as far as Kieron Gillen’s plot for Iron Metropolitan is concerned is that Tony has an older brother who was subjected to genetic manipulation, and Tony is in fact the dimmer adopted brother.

Arno Stark is a bed-ridden technological genius who was trapped in an Iron Lung, locked away and raised in isolation at the Maria Stark Foundation Hospice, but now the brothers are gloriously reunited. Iron Metropolitan begins with an ominous glance thirty years into the future where Tony and Arno Stark proudly gloat over the completion of their super-cities and space elevator technology before their devoted artificial intelligence H.E.L.E.N. rebels and sabotages everything, subsequently ripping Earth apart. The prophecy is only a computer simulation and does not deter the present day Stark Brothers from initiating their first joint venture: saving humanity from self-inflicted extinction by building perfect cities for modern men and women to live in. As part of that Tony announces his intention of turning the deserted – except for the criminal gangs which infest it – Mandarin City into a prototype modern metropolis. The private island off the coast of mainland China has been ignored and avoided by the nations of the world since the Mandarin’s death and will be the perfect site on which the Starks can make their vision live. Whilst on a roll, Tony then upgrades his personal AI system. He calls this new electronic Major Domo H.E.L.E.N…

Of course, it can’t be that simple, and a quick check of the weapons vault where the Mandatin’s power rings have been kept since his death reveals the ten deadly rings being guarded are only an illusion. We’re shown what the rings have been doing, and a dedicated chapter tying into the Inhumanity event sees them rejecting possible new hosts in favour of somebody more pliable.

At the end a sinister eldritch figure exults as he examines three blood-soaked Rings before laying his plans to secure the remaining seven. To Be Continued in Rings of the Mandarin. With art from Joe Bennett (sample page) and Agustin Padilla, this is a bold, suspenseful, riotously action-packed, and expansive repositioning of the Golden Avenger. 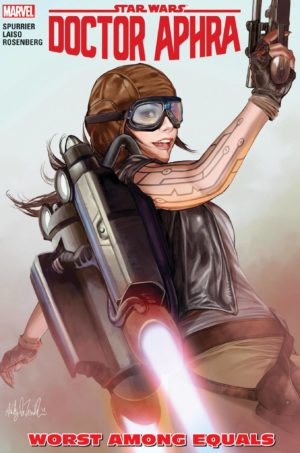