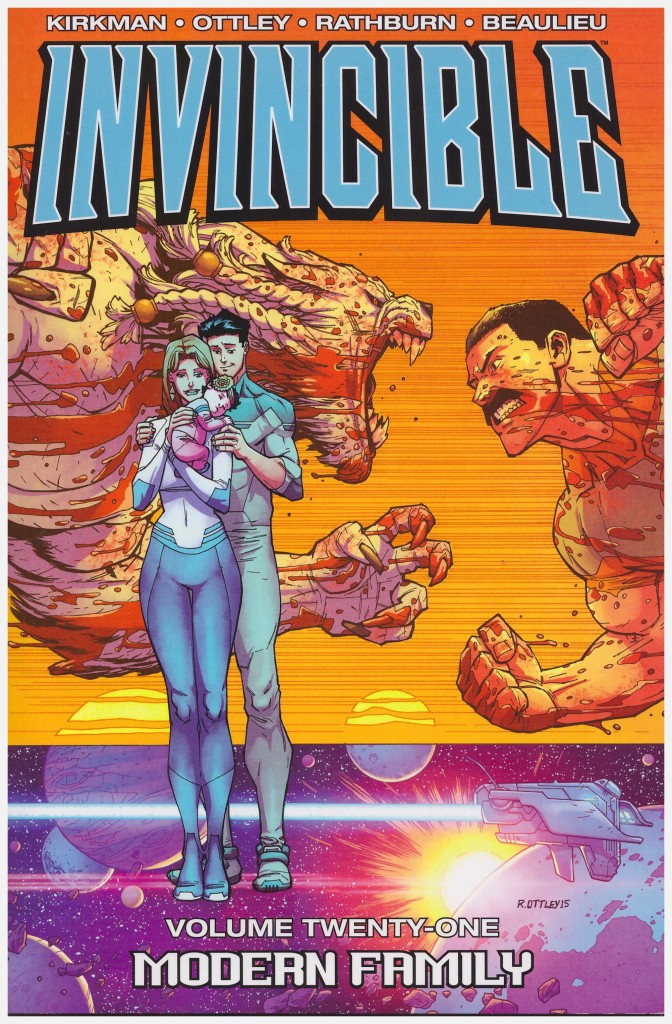 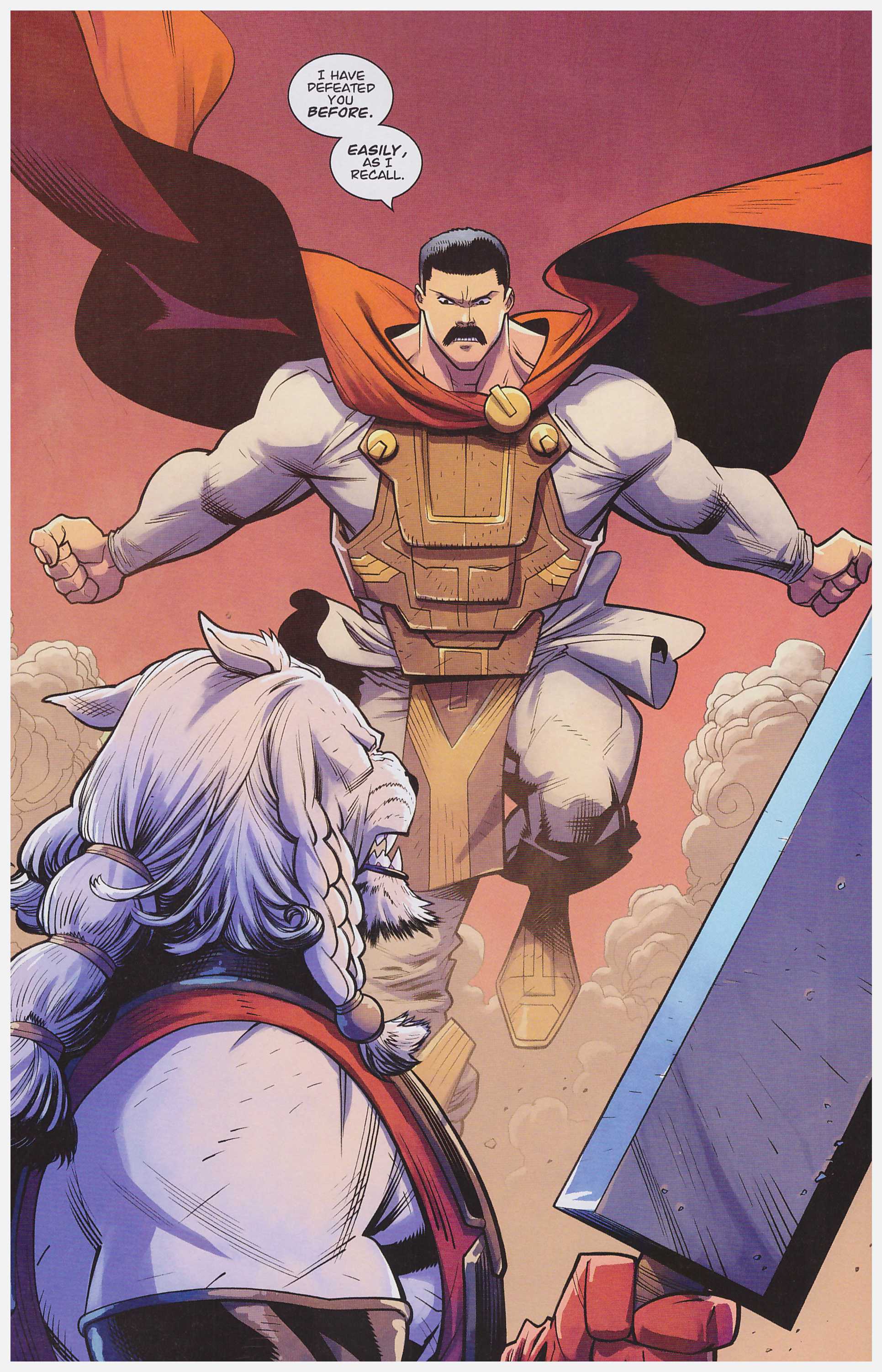 Anyone expecting an immediate follow-up to the tumultuous events of Friends is going to have to wait because, as the cover shows, the opening chapter is the long-awaited showdown between the Vitrumite Thragg (think Superman) and the Battle Beast, a giant and savage feline. Both are maniacs who relish complete and utter carnage, and consider nothing to have greater merit than testing their mettle against a matched foe. In this manner they’re a throwback to the myths of early civilisation and Ryan Ottley endows their clash with a suitably epic grandeur. Echoing the old promotional taglines proclaiming a plot too big to be contained by a single issue, their combat intersperses the remainder of the graphic novel in a series of full page illustrations, each needing more red colouring than the last.

As we see, Thragg has taken a leaf from his conqueror, and ended up somewhere familiar to regular readers, and he’s been busy. It does, however, prod the memory about a character who’s been absent from the series for several volumes now. He’s back later in the book.

Having reconfigured the background to Invincible’s world, Robert Kirkman indicates that this will be the situation for the medium term at least, meaning Mark Grayson and family have to make a decision. This comes after the an airing of the pros and cons of the new era, with those unaware of the background extremely happy with matters, while others a violently opposed. In this context the ongoing Thragg/Battle Beast conflict provides a metaphor.

Ryan Ottley’s detail, characterisation, world-building, design and layouts are all very good, but when it comes to inking some pages display just what consistency Cliff Rathburn has bought to the series for many volumes. Ottley inks his own pencils for about half this book, and it’s something he’s not done for several years. The result is all too many awkwardly posed and stiff figures, and really eccentric expressions that don’t come off as planned. The quality of the work overall more than compensates for the lesser panels, but Rathburn’s value is definitively confirmed.

So, this is a transitional volume with Mark and Eve relocating to Talescria. There’s a fair amount more domestic comedy, with a science fiction twist, to counteract the extreme bloodletting going on elsewhere. Next up, Reboot? 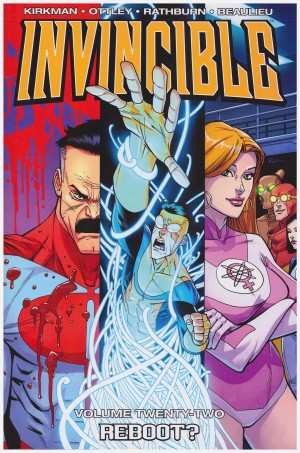 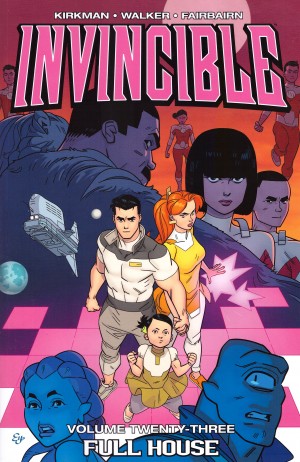