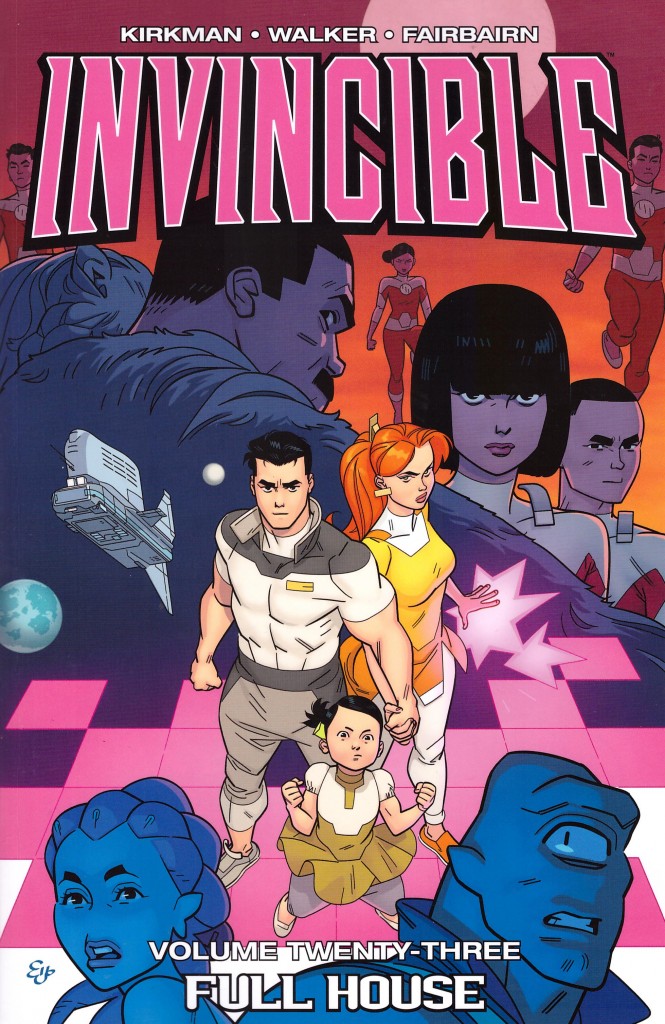 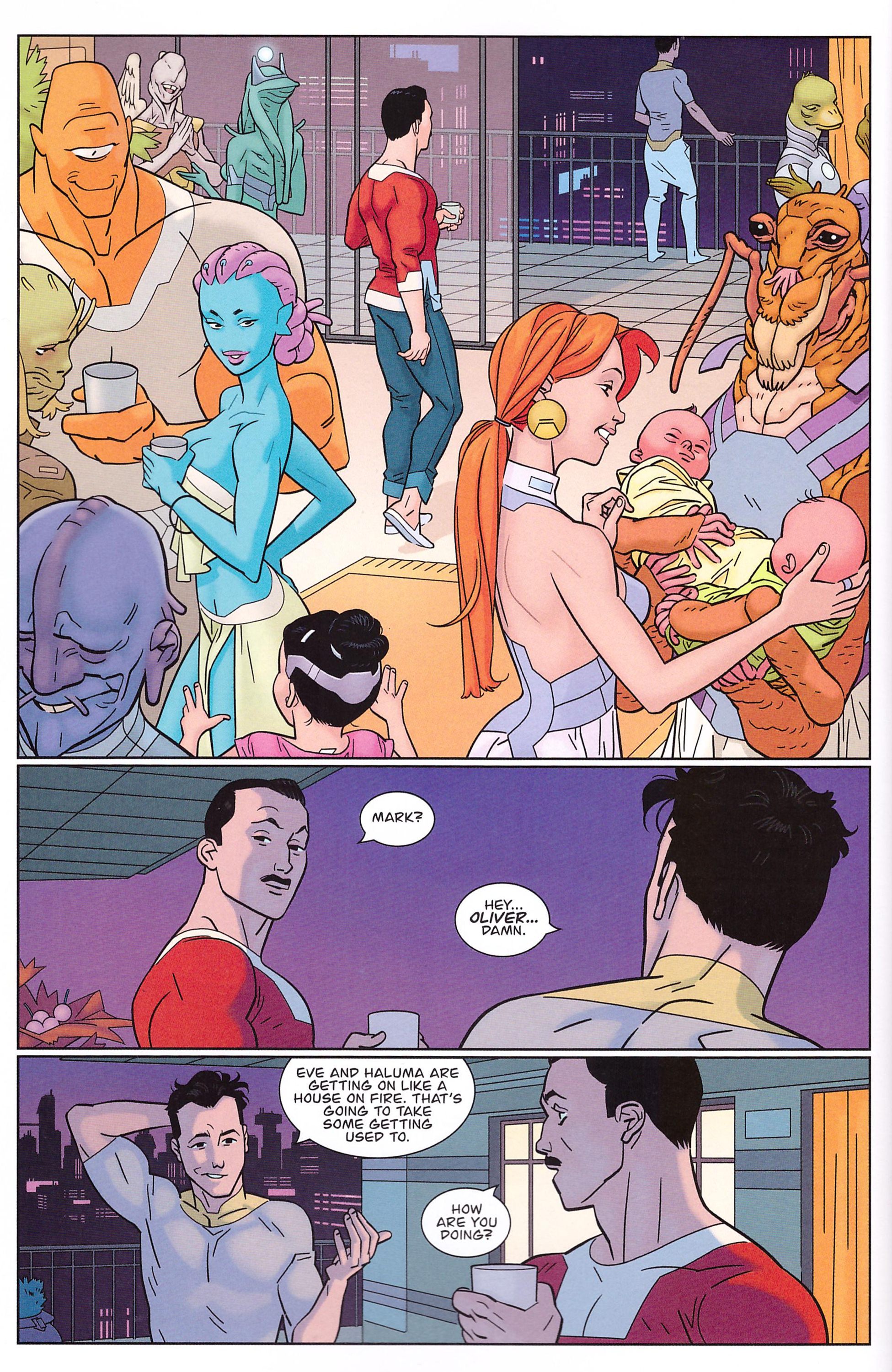 The core of Invincible as a series has been Mark Grayson’s dual heritage as a Viltrumite and a human. His alien DNA provides the super powers and the humanity provides the guiding intelligence lacking a desire to subjugate the universe. After an explosive beginning, the Viltrumites took a back seat in the early days of the series, but they’ve proved the equivalent of the fly you think you’ve shooed out the door that immediately returns through the window. They may have power on a cosmic scale, but few Viltrumites remain. Most have concluded their original mission to bring planet after planet under their control is a dead end policy, but the renegade Thragg remains true to that ideal, and for the last few volumes has been a hovering background threat. By the end of the book he’s very much in the foreground.

Reboot’s shock ending has once again changed much in Invincible’s world, and while shocks aplenty fill out the final chapters here, Robert Kirkman spends much of the opening episodes showing just how Mark adjusts to those changes. A daughter now almost six is quite the handful, and if the family domesticity is perhaps a little over-egged, the emotional build-up is to emphasise the severity of what follows. It’s not pleasant, and nothing you’d want your six year old child to witness, although Kirkman deserves some credit for not extending what could have been a devastatingly traumatic incident.

Series co-creator Cory Walker returns for Full House, and his style has refined over the years. There’s now a far more distinct separation between the usual cartooning of Ryan Ottley and the form of cartoon naturalism Walker employs. He’s better on both design and emotional detail, and can now move a story along every bit as rapidly as Ottley.

The End of All Things concludes the story of Invincible, but its twelve parts are split over two collections.