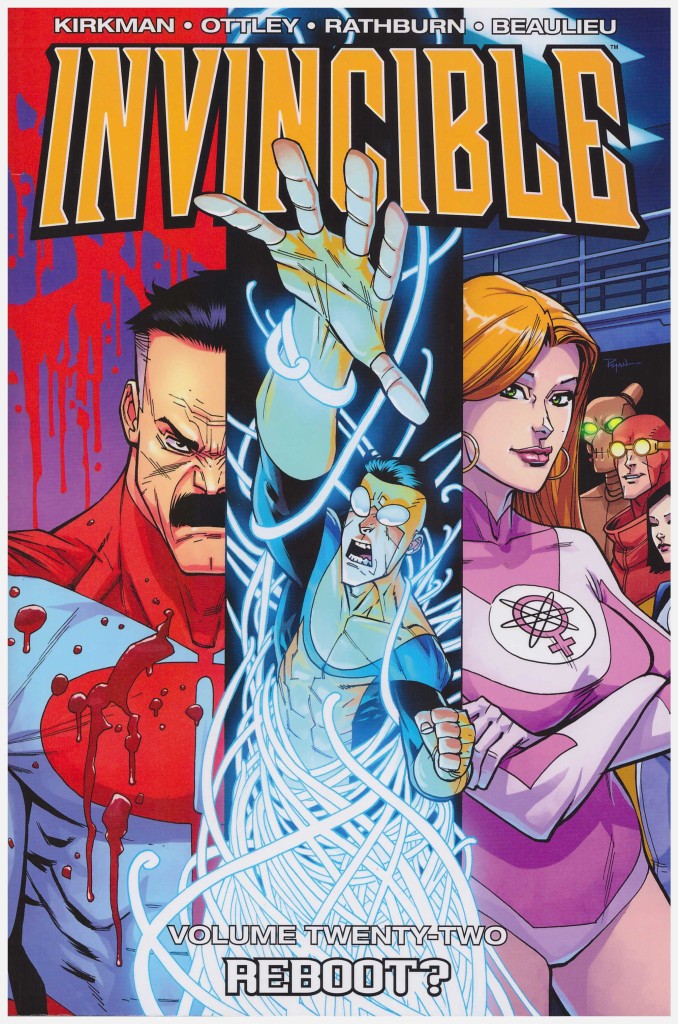 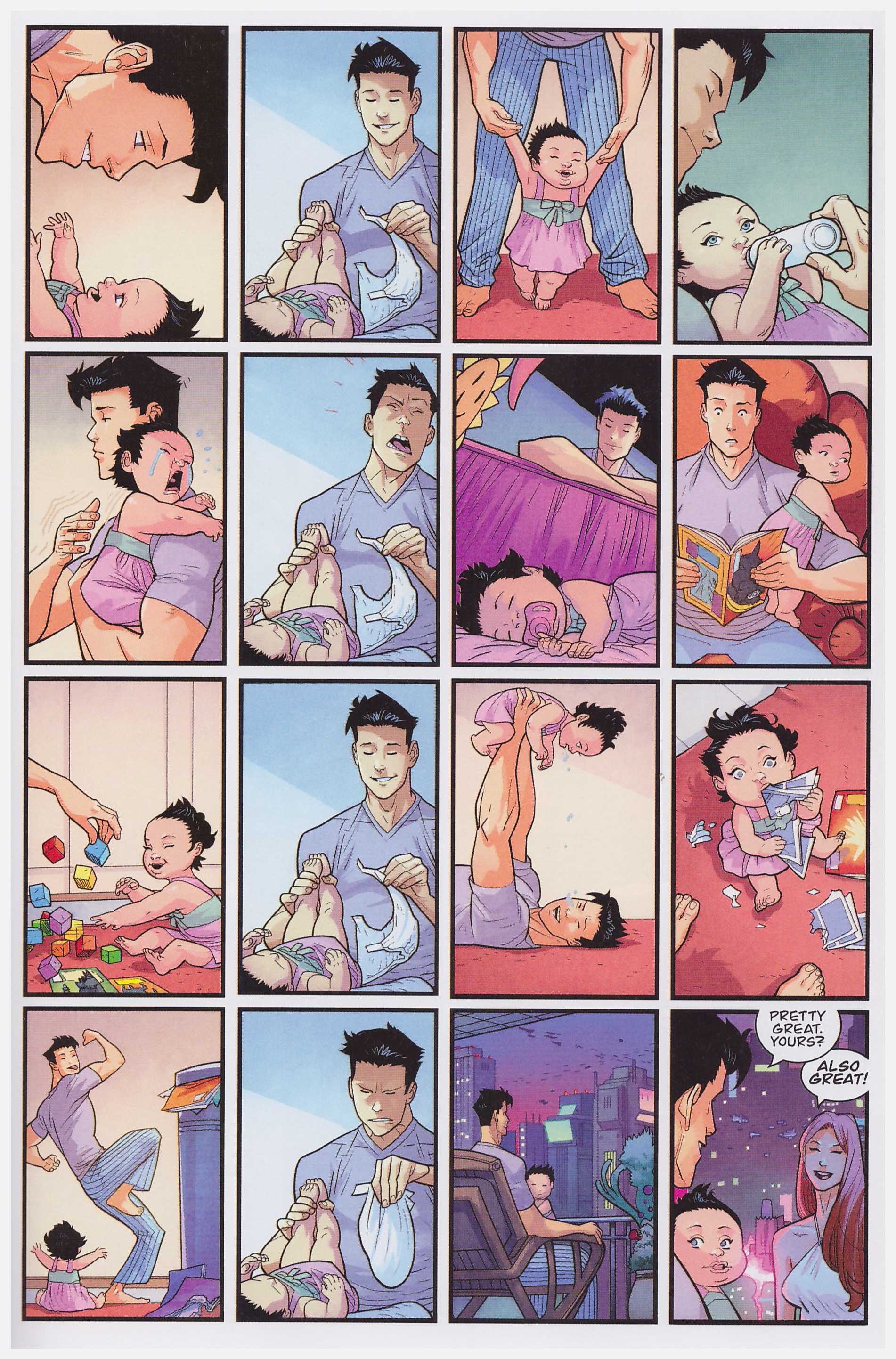 Invincible’s response to changes on Earth was to move with his wife and child across the galaxy to Telescria. Modern Parents detailed some initial teething problems with day to day domestic arrangements and necessities such as food, and that continues to a degree here. However, the opening chapter of Reboot? takes a look at how the superheroes on Earth are coming to terms with the new arrangements. It continues the intriguing argument that Robert Kirkman’s been playing with, extrapolating the discussion currently underway in so many countries in the real world. How much personal freedom is worth sacrificing for security?

After the last volume’s epic battle, the rogue Thragg provides an undercurrent to events, although he’s rarely seen. The Alien Council is attempting to track him down, aware of what he’s done and the danger that poses. Ryan Ottley steps up to the plate here with a really gruesome redesign for the un-recalcitrant Viltrumite’s clothing.

Wondering about the title? Isn’t Reboot a kid’s adventure series rather than one of the sitcoms that have provided so many Invincible volume titles? It is. And there’s a reason for that question mark as well. Halfway through the book we find ourselves at an exact duplicate of a scene from the first Invincible book, Family Matters, and Kirkman’s managed to pull the rug from under us again with another fantastic plot bomb. So, given everything that’s happened over the previous 21 volumes what should Mark do when he finds himself back at the very beginning, on the day his powers first manifest? Should he let matters play out with all the death and tragedy that’s occurred, or should he try to prevent as much as possible. It’s a difficult decision to make when the fundamental decision involves the most powerful being on the planet.

There’s a fascination in seeing the choices made, in how events might now play out, but keep in mind that Kirkman’s been a few steps ahead of the readers since the start of the series, and this is no different.

Reboot? is another book when Ottley inks his own pencils on some chapters while otherwise regular inker Cliff Rathburn helps him out on others. There were some teething problems last time out as Ottley worked his way back into inking again, but there’s none of those awkward figures and expressions here.

The book concludes with another stunner of an ending, and shortly after publication Kirkman announced he was winding the series up. Only three more volumes to go, and they begin with Full House.