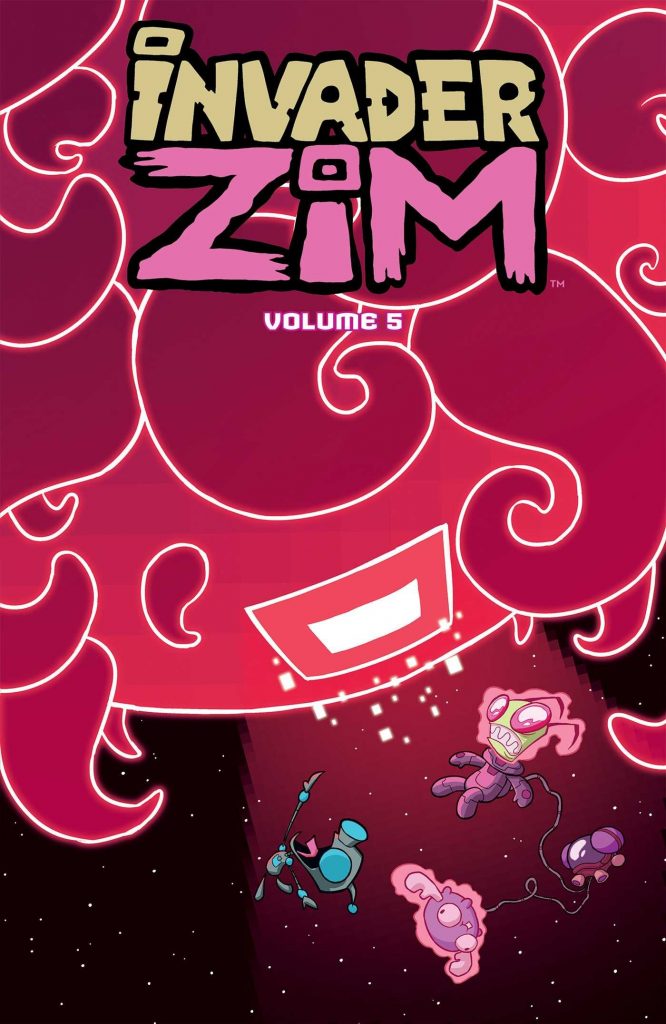 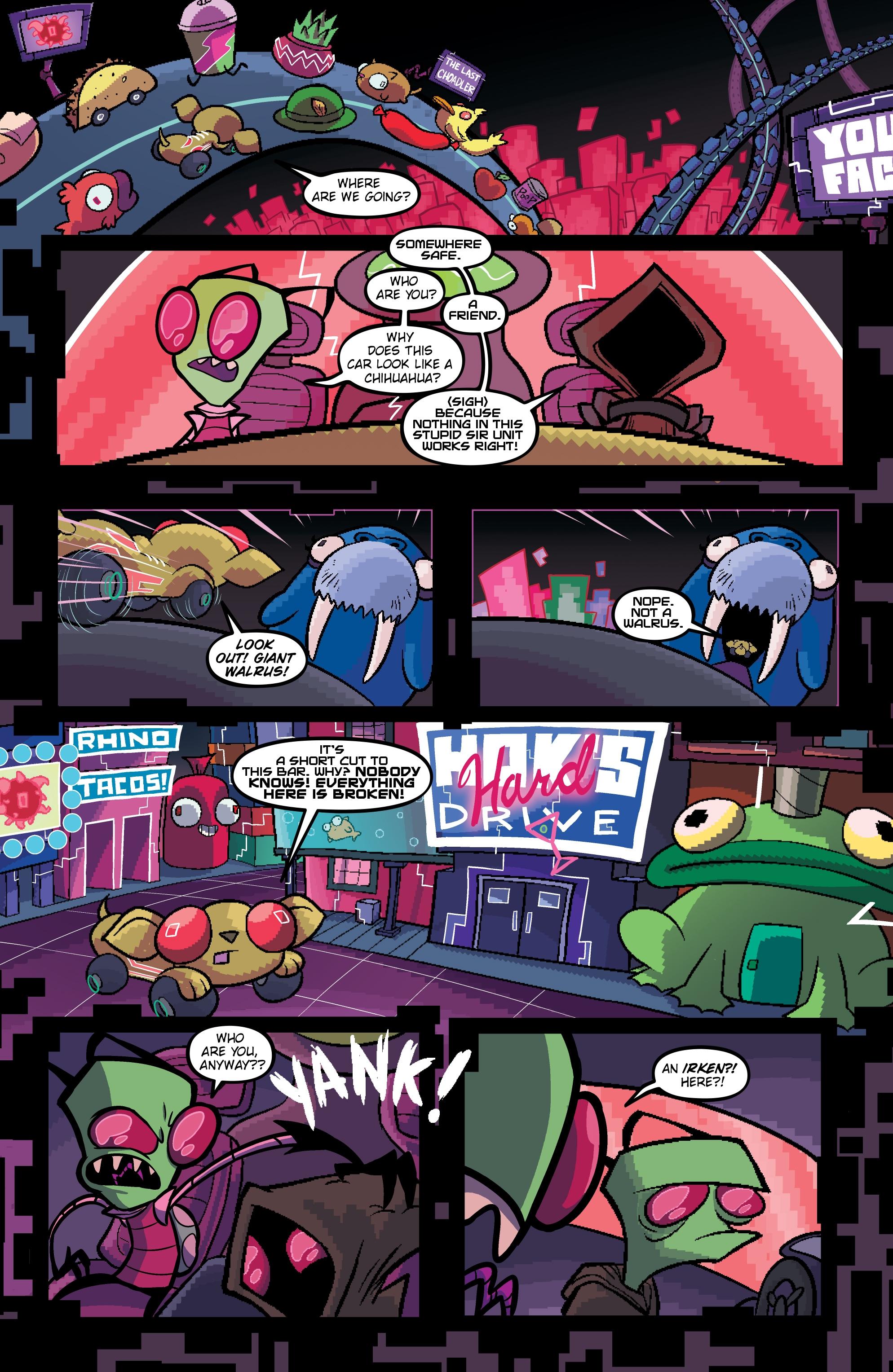 After the changing creative rosters of the past two books, Invader Zim 5 restores a single creative team of Eric Trueheart and Warren Wucinich over the opening four episodes, with Dave Crosland, who drew most of Invader Zim 2, writing and drawing the final contribution. Those opening four chapters are a connected story titled ‘The Arc of Virooz’, and the first caption claiming the history of humanity to be the history of cheeze snacks is a brilliant hook. It’s a prelude to Zim returning to his favoured old plan of extinguishing humanity by flooding the atmosphere with unbreathable cheezo dust.

That, however, is not the main plot, which concerns Zim’s robot assistant Gir being infected with the Virooz virus. It certainly maximise his efficiency, but has the downside of a protocol encouraging him to kill Zim. The only way for Zim to fix matters is to enter the virtual world in Gir’s programming. Would you want to visit Gir’s head? True to expectation it’s a wacky and confusing place, wonderfully constructed by Trueheart, and especially Wucinich, whose cartooning becomes ever wilder. Over four manic chapters Trueheart’s story also involves alien gangsters, another Irken, and a look back into Zim’s past among other fast-moving and inventive insanity. Possibly best of all is that there actually is a logical reason behind everything. It raises the question of whether or not perhaps Invader Zim stories might all benefit from not bothering with his nemesis Dib.

Given that the opening four part story is so good, it might be expected that Crosland’s contribution won’t hit the same high spots, but that’s not entirely true. It’s very good, starting with the confirmation that Zim has taken control of Earth, then slipping back in time to explain just how that occurred. Crosland introduces a very nice twist and his art is dark exuberance.

The best Invader Zim collection since the first. 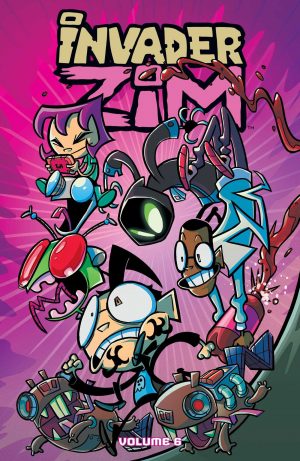