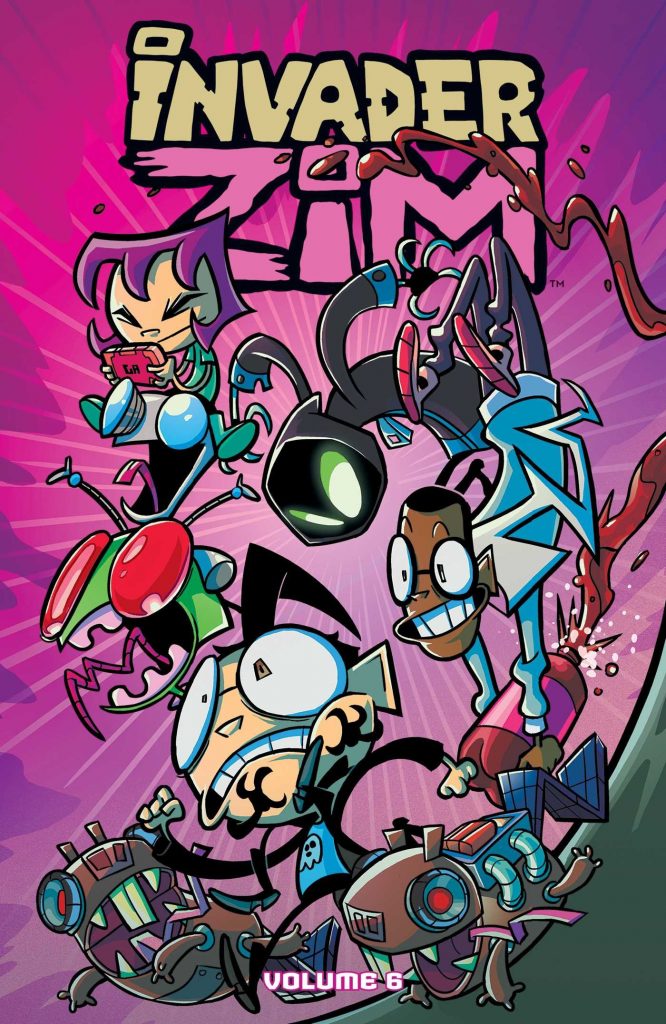 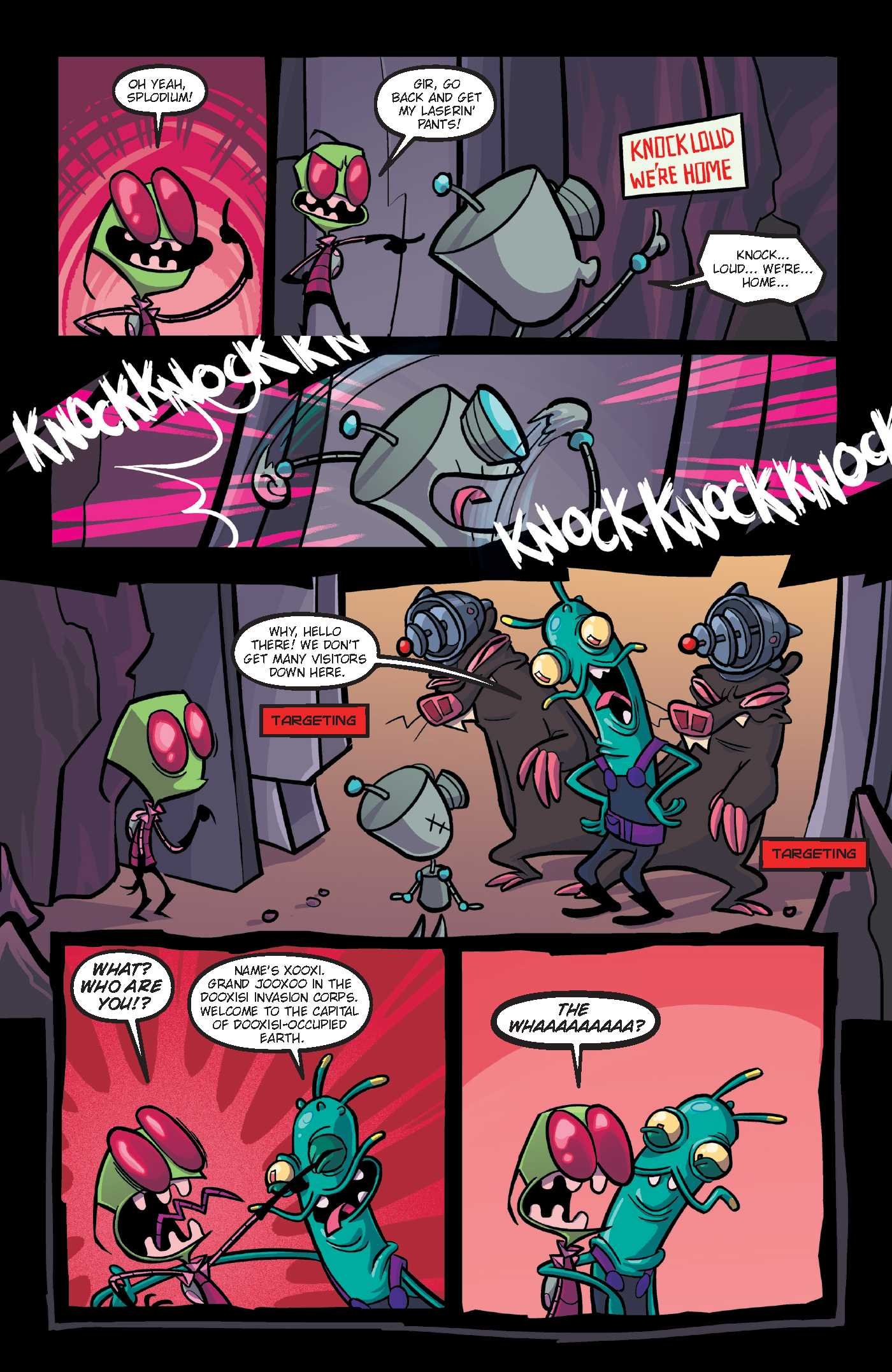 Over the previous five volumes there have been two consistent elements about Invader Zim. One is that every writer other than series creator Jhonen Vasquez or TV show writer Eric Trureheart fails to make the podium, and the other is stories starring Dib hunting down Invader Zim are nowhere near as funny as those where Zim’s plotting to take over the world. Unfortunately, when it comes to Trueheart writing a Dib story, something has to give, and it’s the story quality. Even worse is that Dib’s investigation into the legendary Darkpoop Cola occupies two of the five episodes on offer, and Zim doesn’t feature until beyond halfway. Surreality is deep and present, but entertainment falls short.

Thank goodness, then for Trueheart’s great opener in which Zim not only discovers someone’s beaten him to taking over Earth, it’s the most boring race in the universe. However, they have the splodium needed for his latest plan, and he has to play nice. Trueheart sets a tension by establishing early that there’s no way Zim is going to have the tolerance to follow through with his plan, so it’s only a matter of time before he explodes. Trueheart has an excellent gag about that as well in a story as good as any that’s appeared in the series.

Sam Logan impressed with a short story in volume 4, and proves there are other writers capable of very entertaining full chapters meeting the mood of the series. Zim is trapped in an area where time accelerates and Logan makes good use of the maguffin while Zim must use his supposed genius to escape.

The collection’s final offering is the work of Sarah Graley both writing and illustrating, and while the cartooning captures the spirit of Invader Zim, the pacing is too slow. Even in the none too great Dib story Trueheart keeps things moving, but Graley lingers too long on scenes, although everything leads to a good pay-off. She’s not the only new artist. Maddie C (sample page) and Mady D may sound like substitute Spice Girls, but they both supply the full manic intensity Zim needs in the cartooning.

Only two of five stories hitting the mark ranks volume five as an average selection, but those two stories really are very good.