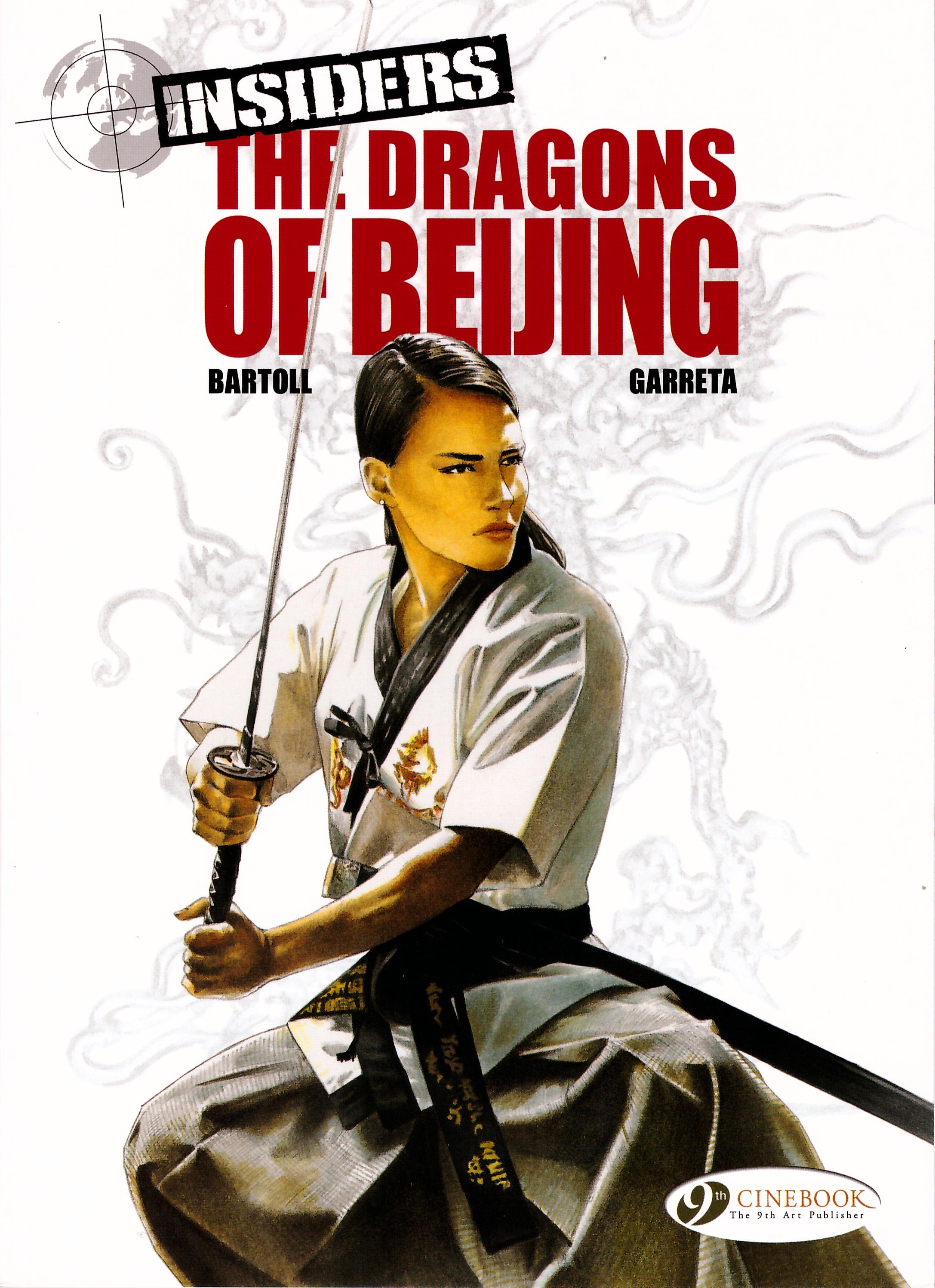 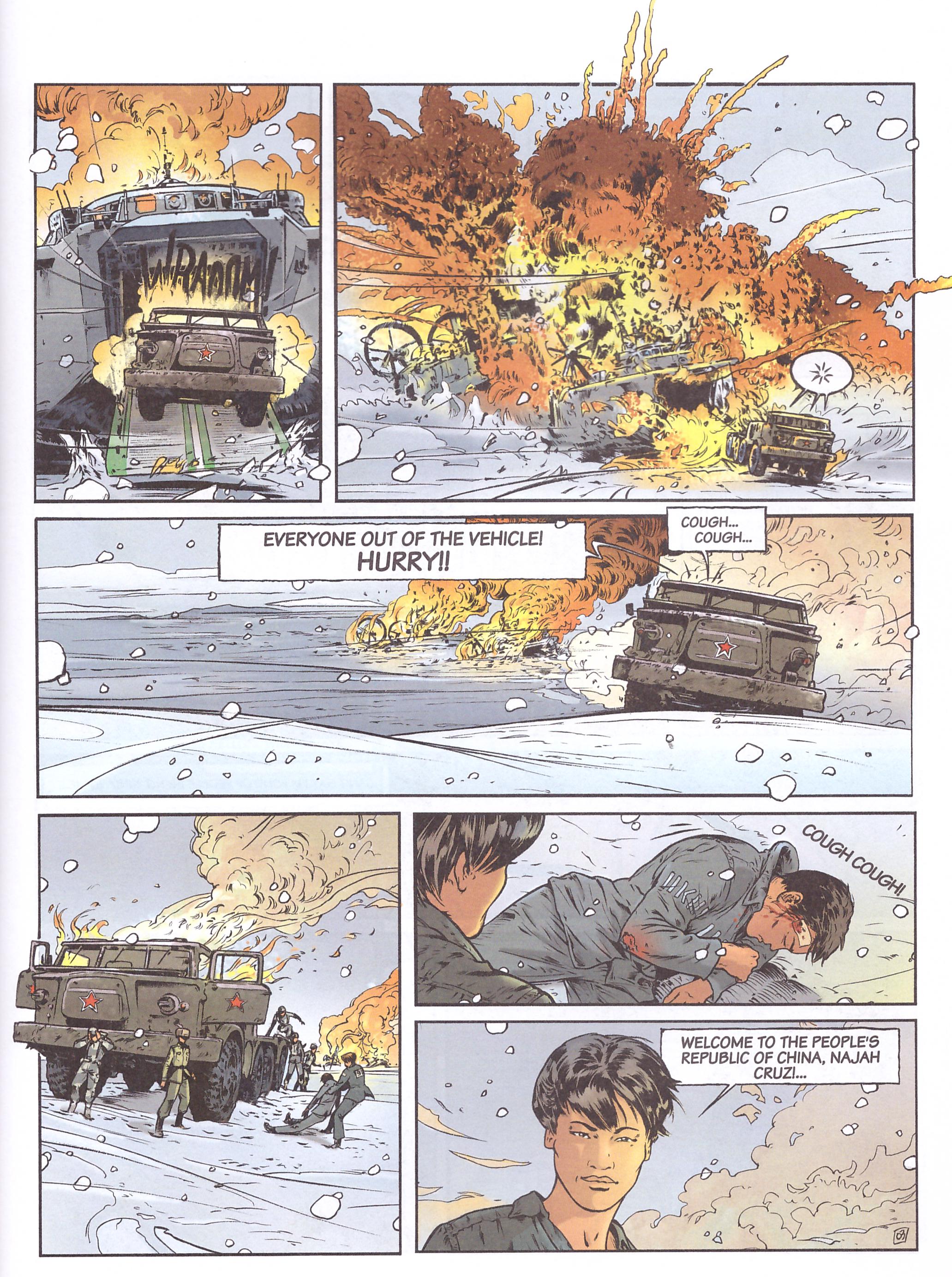 Cinebook’s annual publication schedule of Insiders instalments mirrors the original French editions, although they were issued at European album size. It’s a far from ideal way to absorb a dense action thriller with constant revelations based on the complex political machinations of several nations. This is the penultimate episode of a series that’s gradually improved, but it’s possibly best to wait until The Red Prince concludes matters and read the entirety without waiting a year between chapters. How complicated has the plot become? Well, there are fourteen footnoted references to the events of previous episodes, which breaks down to one every three pages, many mentioning characters not seen in this episode.

At stake is control of the world in a behind the scenes manner. A cartel of the powerful from several nations is covertly manoeuvring, manipulating so that matters fall into place in their favour. Included are well placed Russian and Chinese officials, who feature here, pleased with their work. Unwillingly at the centre of everything is the glamorous and capable woman referred to as Najah Cruz by most, but Isabel when the thought balloons are hers alone, a contradiction not explained by any footnote, which may puzzle anyone picking this up as their first Insiders.

Much the same problems and good points are apparent in The Dragons of Beijing as they are in previous volumes. Renaud Garreta is a stupendously good artist when it comes to action scenes. There’s a real excitement to his layouts, part of the thrill surely the knowledge that they’re not going to be swamped by the word balloons of Jean-Claude Bartoll. Garreta is less enthusiastic about the pages of talking heads as they explain elements of the plot. As to what that is, by this stage only Bartoll knows for sure, and despite all the words, he has great difficulty passing that on. The largely redundant telepathy sub-plot has been forgotten, but elsewhere it’s business as usual. It seemed Destination Gulag had finally seen someone instruct Bartoll to sharpen his dialogue, but here it’s back to same old. “Son of a bitch… my very life is at stake this time. I have to get back the 20 billion I invested in Lobos or the High Council will crucify me” explains gangster Sam Nachez, “You’re the one who knows all the operational details Mr Chief of Staff of the Presidential Executive Office”, explains a Russian. There’s so much of this exposition, and it really drags the pace down to treacle level.

Insiders has a top artist attached, and an exciting premise. It ought to be a readable thriller, but it isn’t.