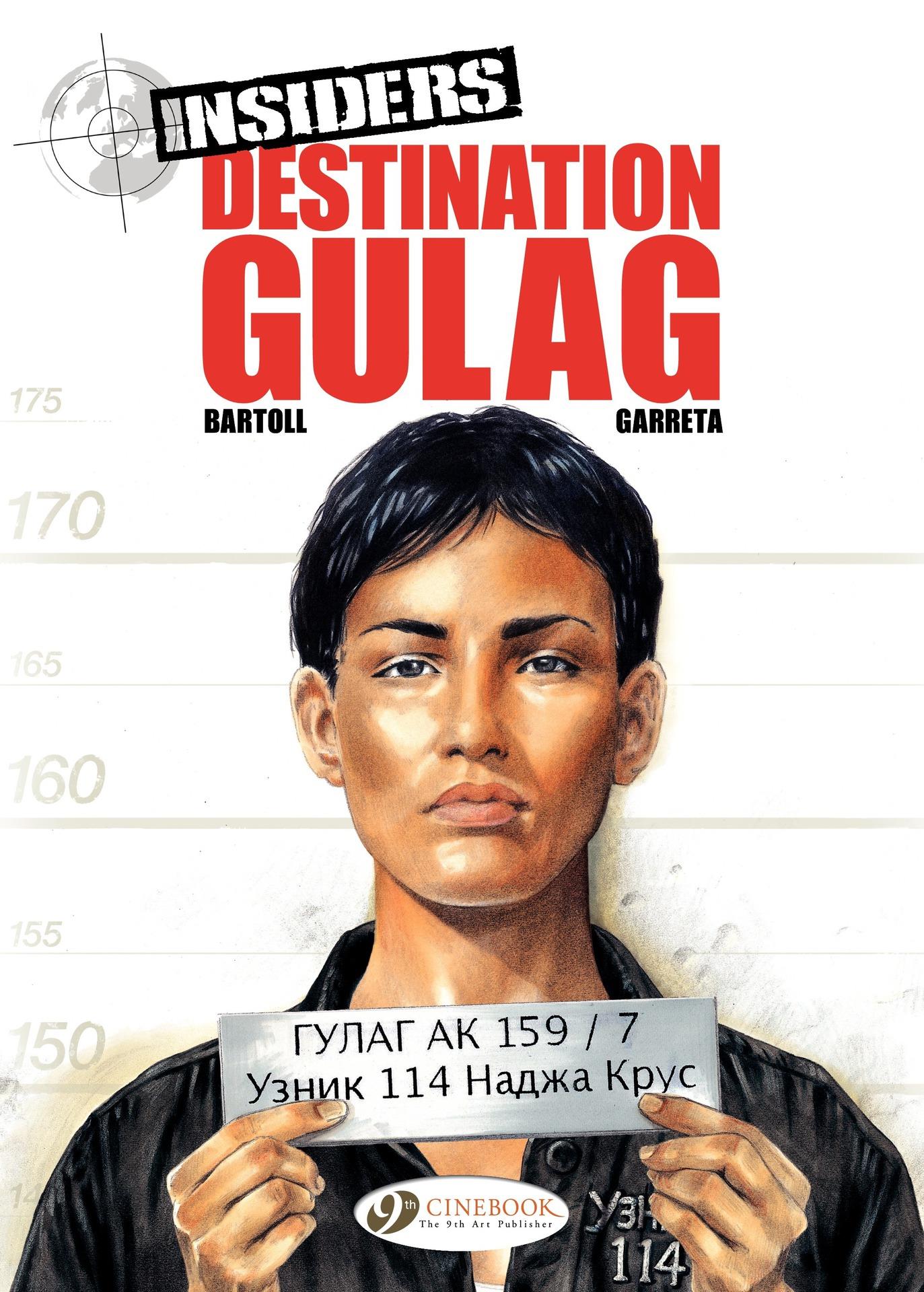 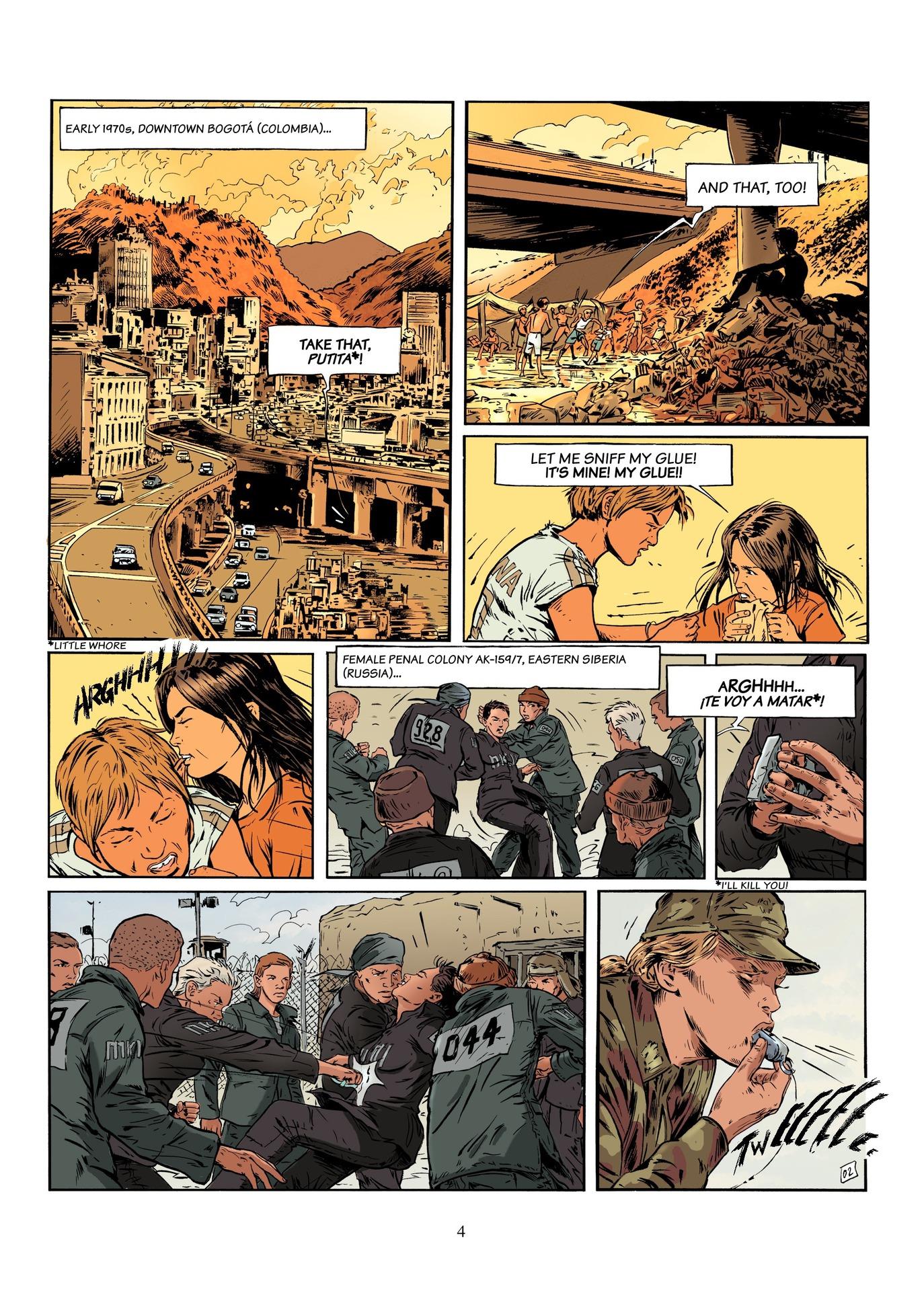 Najah Cruz has been in some sticky situations before, but being deposited in a remote Russian gulag matches any of them. When first recruited for Insiders she’d been organising Chechen freedom fighters to great effect (see Chechen Guerilla), and the conclusion to affairs in Russia occupying Takeover Bid on the Kremlin saw this aspect of her past revealed. It’s not an indulgence the Russian authorities are inclined to overlook.

While she festers in Siberia, writer Jean-Claude Bartoll indicates the passage of time by flitting around the wider world of the extensive cast he’s introduced over the previous books, leading to a different mood for Destination Gulag, one of political manoeuvring. The US President’s new personal investigator is making some headway in identifying the corrupt, and in China General Tranh Van Canh is maintaining a delicate balance between being seen to follow party instructions while concealing his wider ambitions. He’s none too happy with Sam Nachez, ostensibly heading the criminal syndicate, currently mourning the loss of Najah. In Russia the plans of Boris Berezkov have hit a major hitch. He’s not the recipient of the sardonic line “I always share the President’s view, we’re a democracy now”, but it certainly applies. Bartoll’s is an extremely slow release plot, and only now are some of the folk introduced as early as the first volume beginning to step from the shadows.

This is welcome as after five graphic novels there’s a certain predictability about how Najah will progress through any Insiders book. She’s passive for much of Destination Gulag, her past almost occupying as many of the pages as her present, and the title of the following book The Hawks of Beijing indicates her eventual destination. Bartoll, though, does drop in one fine further hook before finishing this segment. It’s pleasing to report that the dialogue problems so prevalent in the earlier books have all-but disappeared, leaving us with a frenetic thriller.

It’s not until we reach the final pages that Renaud Garreta is able to cut loose with a battle sequence, but the tensions set in motion beforehand carry us through the book without that. This graphic novel is very much an enthralling game of incredibly high stakes chess. 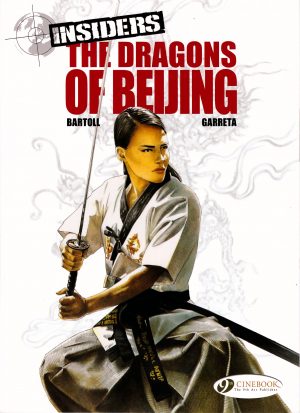 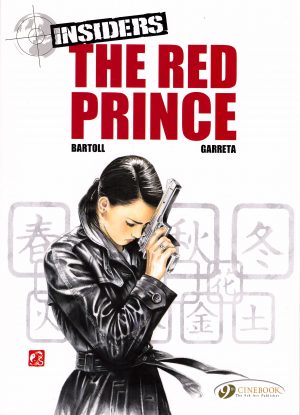 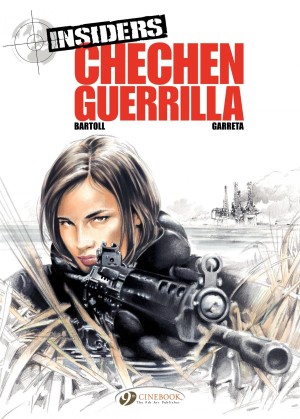 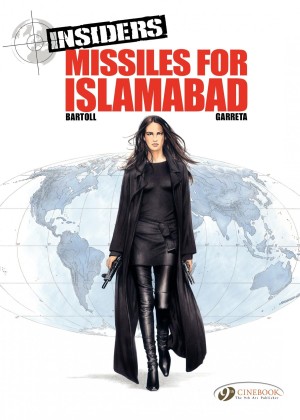