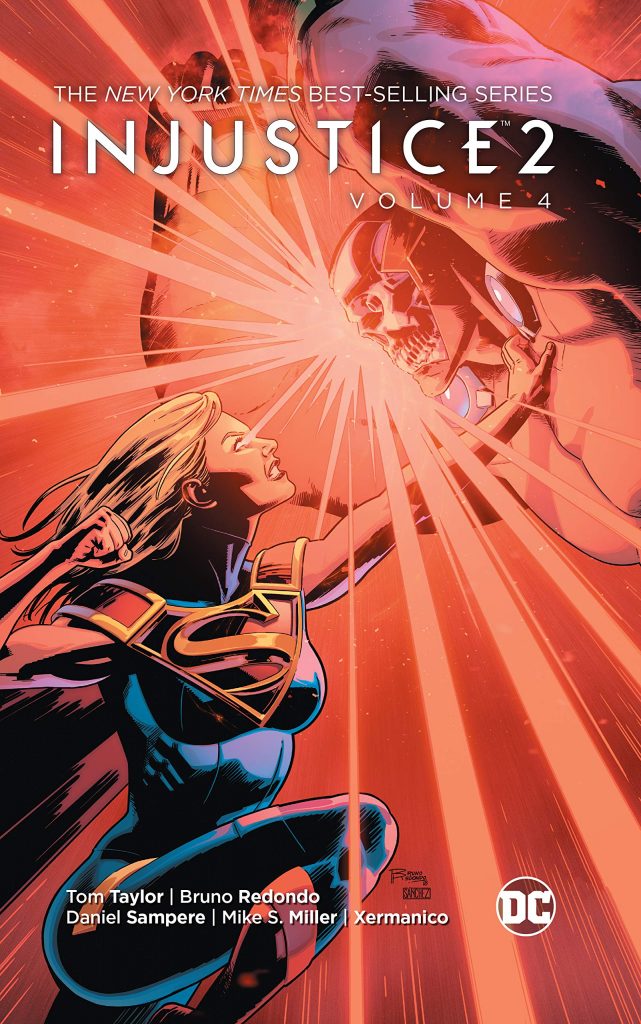 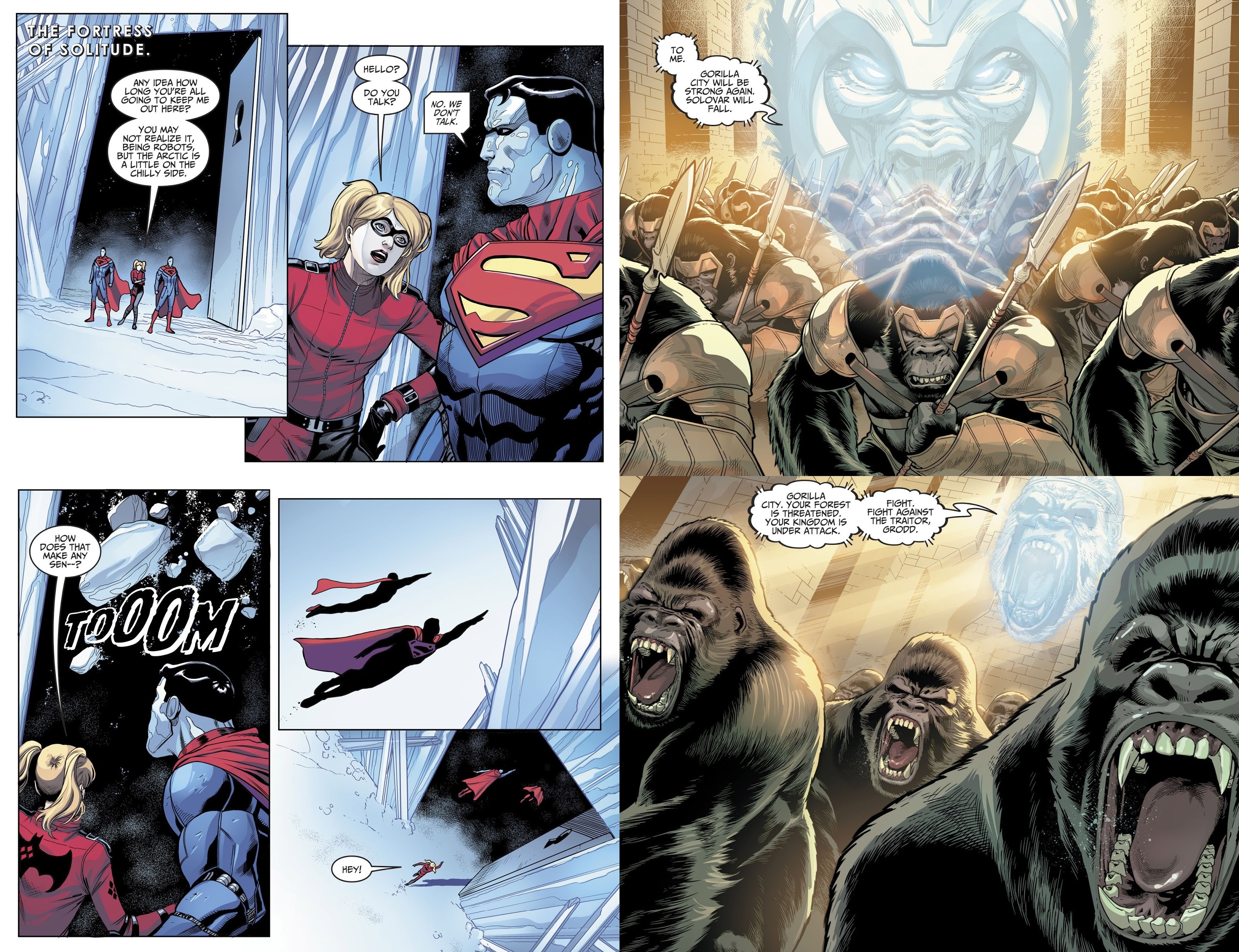 So why haven’t the Teen Titans appeared in Injustice to date? Tom Taylor sets about addressing that from the beginning of volume four. Batman thinks he knows where they may be, but confirming that means entering Superman’s Fortress of Solitude, which is the scene for several surprises, and because we’ve long been able to trust Taylor on such things, they’re great. This isn’t just with the arrival of threats and/or villains. What makes Injustice work so well under Taylor is that he can add so much depth to the smaller moments. Among those appearing are Kansas farmers Jonathan and Martha Kent, now reviled by the world at large: “We’re the Kents. We found an alien child, kept him secret from the government, and he grew up to be a murderous dictator”. That’s a wonderful piece of insight, and some great dialogue.

While there were thrills enough in volume three, this content raises them by increasing the action and spreading the spotlight far wider. A joy of superhero comics that never tires is seeing Batman take on someone way beyond his power scale, and Taylor scripts a fantastic example, but then it’s topped by what happens next. While the dialogue is so often well chosen and thoughtful, what really makes Taylor such a good writer is his constant ability to surprise. There’s a whole sequence of events here, one leading to the next very naturally, but all playing their part in a larger story as well. The stated purpose to begin volume four was to acquire some additional power to combat the weapon Ra’s Al Ghul now has, a weapon Batman sees in action, and by the end of the book exactly that has been achieved, but in a brilliantly unconventional way. Everything is logical, and Taylor remains a step or two ahead of the reader. That’s again and again. Even when the whole of the Justice League is up against an invulnerable creature and you think you have it figured out as Taylor can pull a trick used in volume two. He’s still a step ahead.

Once again the primary artists are Bruno Redondo and Daniel Sampere, so everything looks astonishingly good, and Mike S. Miller and Xermanico are the solid back-ups. You’ll believe in invincible androids and rampaging gorillas, in city devastation and desperate, last ditch fights.

This is a book where much changes. Previous allegiances are temporarily suspended, or completely discarded as a new power base becomes established and a new revolution is needed. It’s great. Two more books complete the series, beginning with volume five.