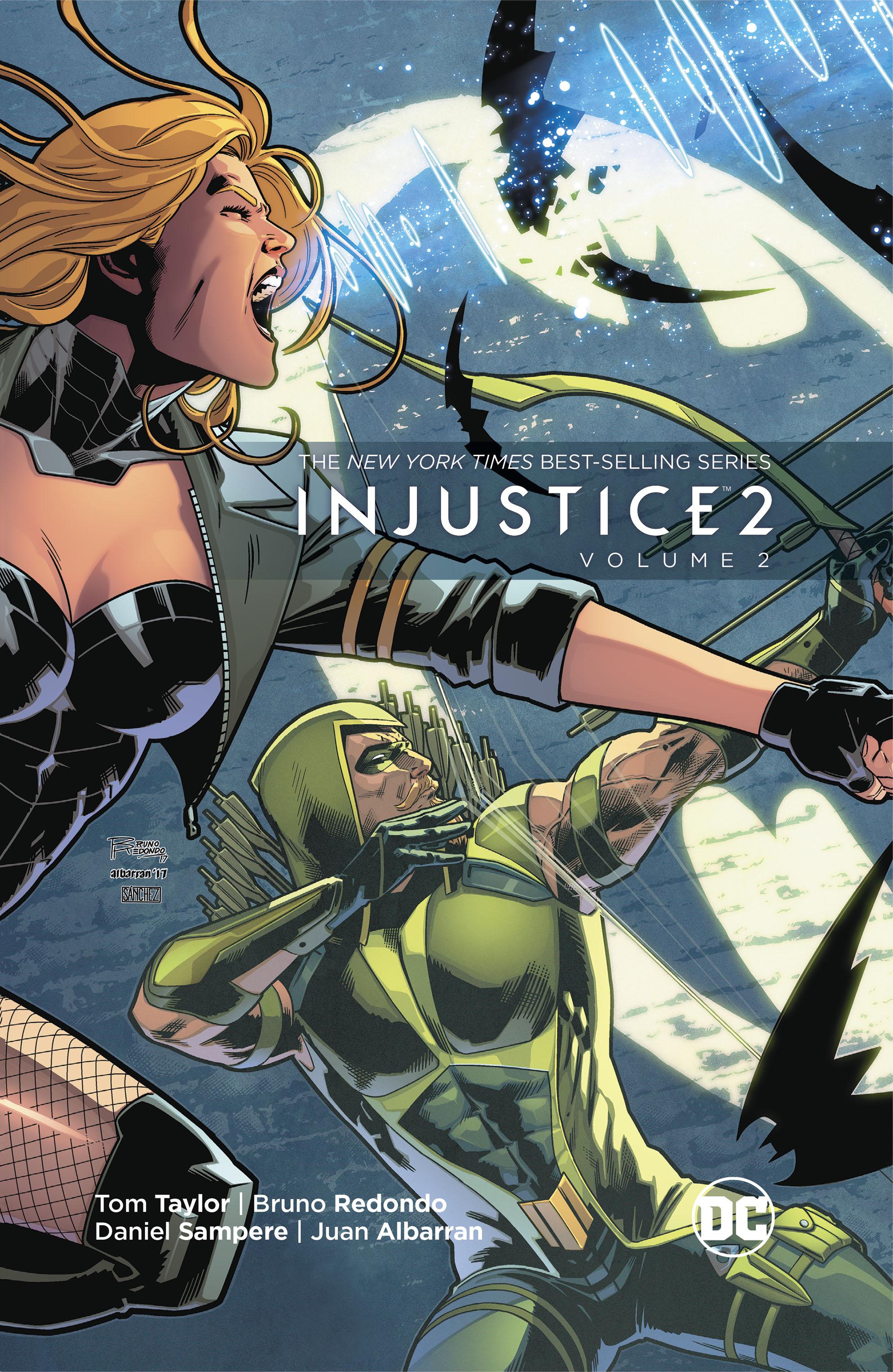 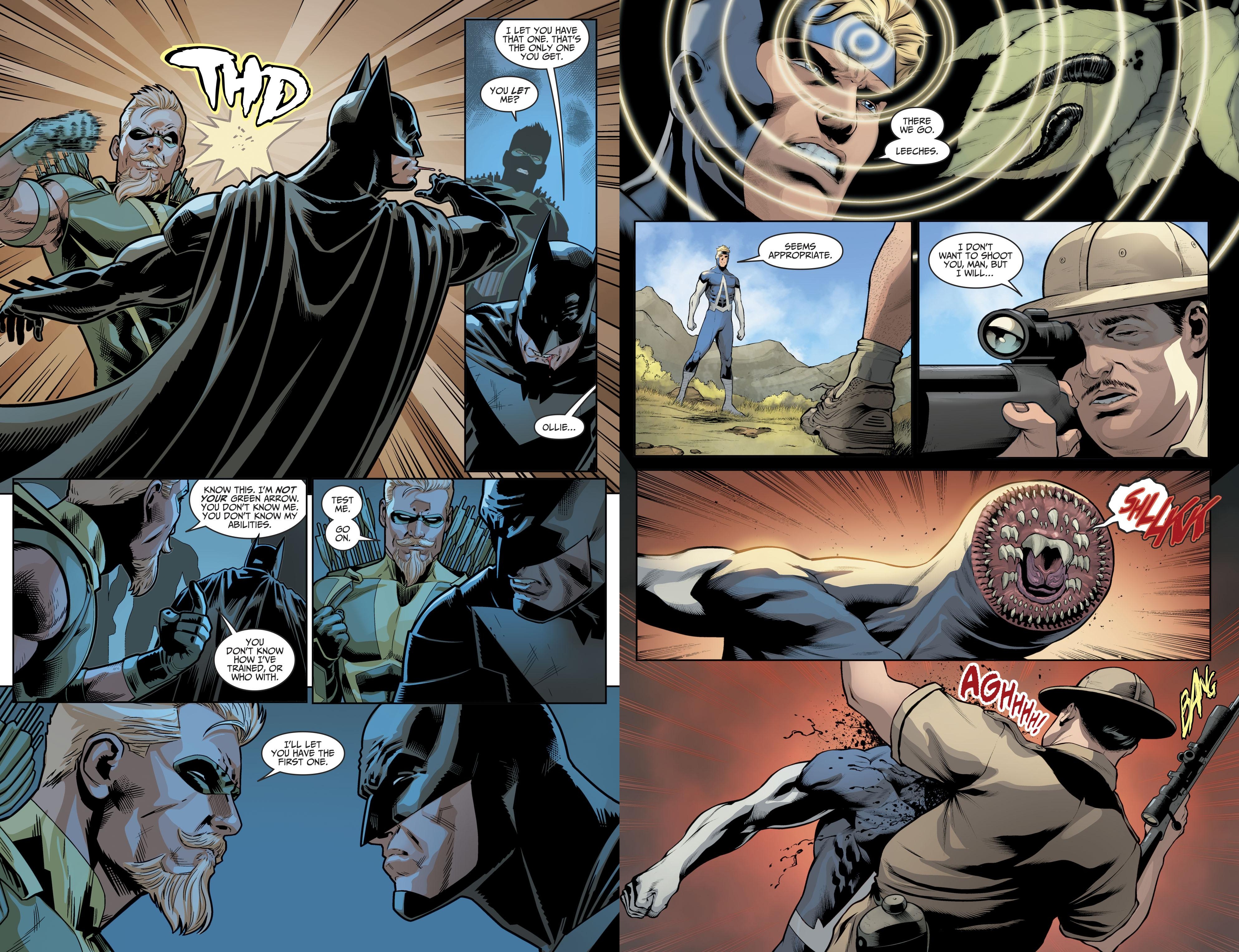 It’s a brave new world for Injustice. Superman has been dethroned, captured and jailed, and one rescue attempt has failed. Batman is pulling together the resources to rebuild societies, crucially involving others in his vision, but some industrialists have been executed for their past crimes in the eyes of Ra’s Al Ghul, who’s also gathered some powerful allies. One of them is masquerading as Batman. That’s the stage set for the opening chapter’s wedding, which is as good an example of any as to why Tom Taylor’s writing is so thrilling. Superhero weddings follow a pattern, and it’s hardly unexpected that villains show up, but the way Taylor increases the tension by switching between one scene and another is brilliant, and the purpose of those villains even better. It results in another of the impossible problems Taylor’s so good at setting and so good at resolving, except resolving this one takes the entire book.

Taylor writes everyone well, but some personalities receive extra attention. His Injustice Plastic Man story was a series highlight, and it’s a treat to see him back: “Last I checked, ninjas weren’t native to the Amazon rain forest”. And then there’s Alfred, a character spouting some wonderfully pithy lines via Taylor previously, but he’s dead, isn’t he? New introductions this time include Animal Man and Wildcat, both given some good moments, but it’s Batman who’s central to everything. The spotlight will move away from him to other characters, but he’s there hovering in the background pulling strings. In the 21st century several writers have given lengthy statements about Batman, but Taylor also has plenty of insights to offer via other characters, with Robin the most vocal. One of his interesting double-edged comments is “He fights short term battles without considering the long term repercussions. Any human life directly in front of him will be given greater importance than the greater good”. Take that as positive or negative.

With the pencil art the work of either Bruno Redondo or Daniel Sampere the quality is excellent, but so smoothly produced it just sweeps readers from panel to panel without every really drawing attention. They deliver the action well, they deliver the locations well and they deliver the character moments well.

This is 95% really great superhero action, but a couple of nagging elements are present. One new character seems under-developed considering who they’re meant to be, an aggressive bundle of simmering resentment certainly, but ultimately of little value. Of course, they may have greater purpose further down the line. The concern about animal extinction rings a false note also in a universe where scientific marvels are commonplace. Both are minor points considering the excitement. By the end of this volume readers aware of DC history will have picked up a couple of parallels that are both disturbing and well worth anticipating as it seems a mistake made in the mainstream universe is on the verge of being repeated. We’ll see in volume three. 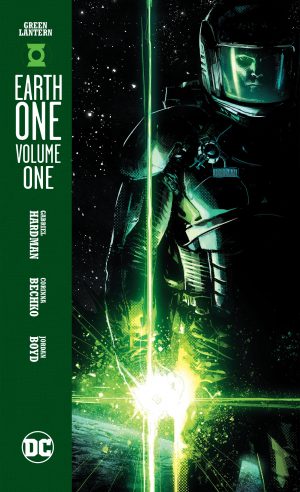