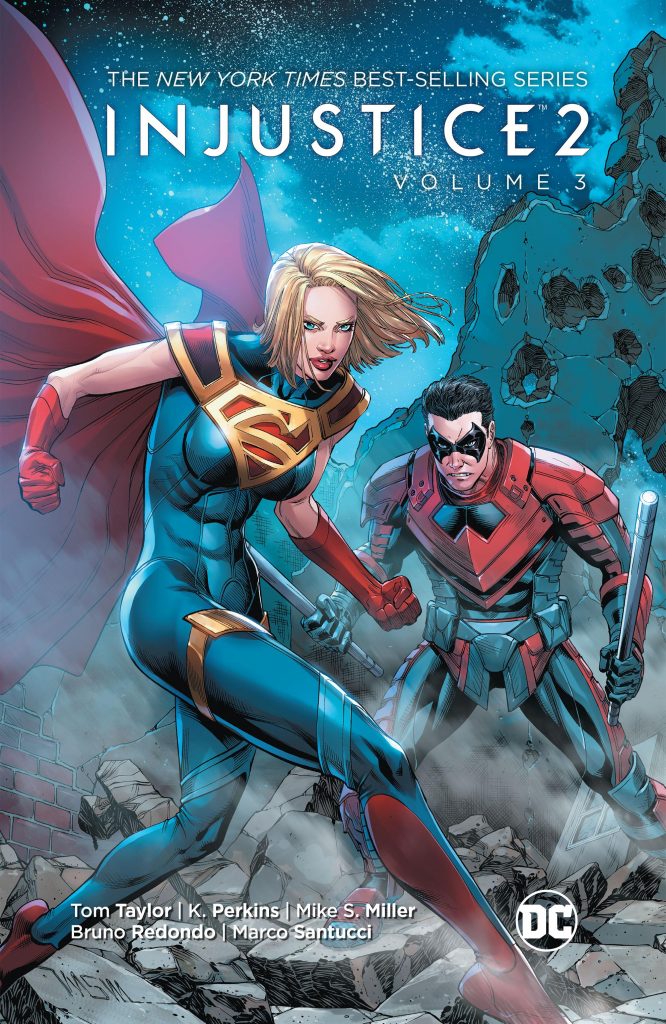 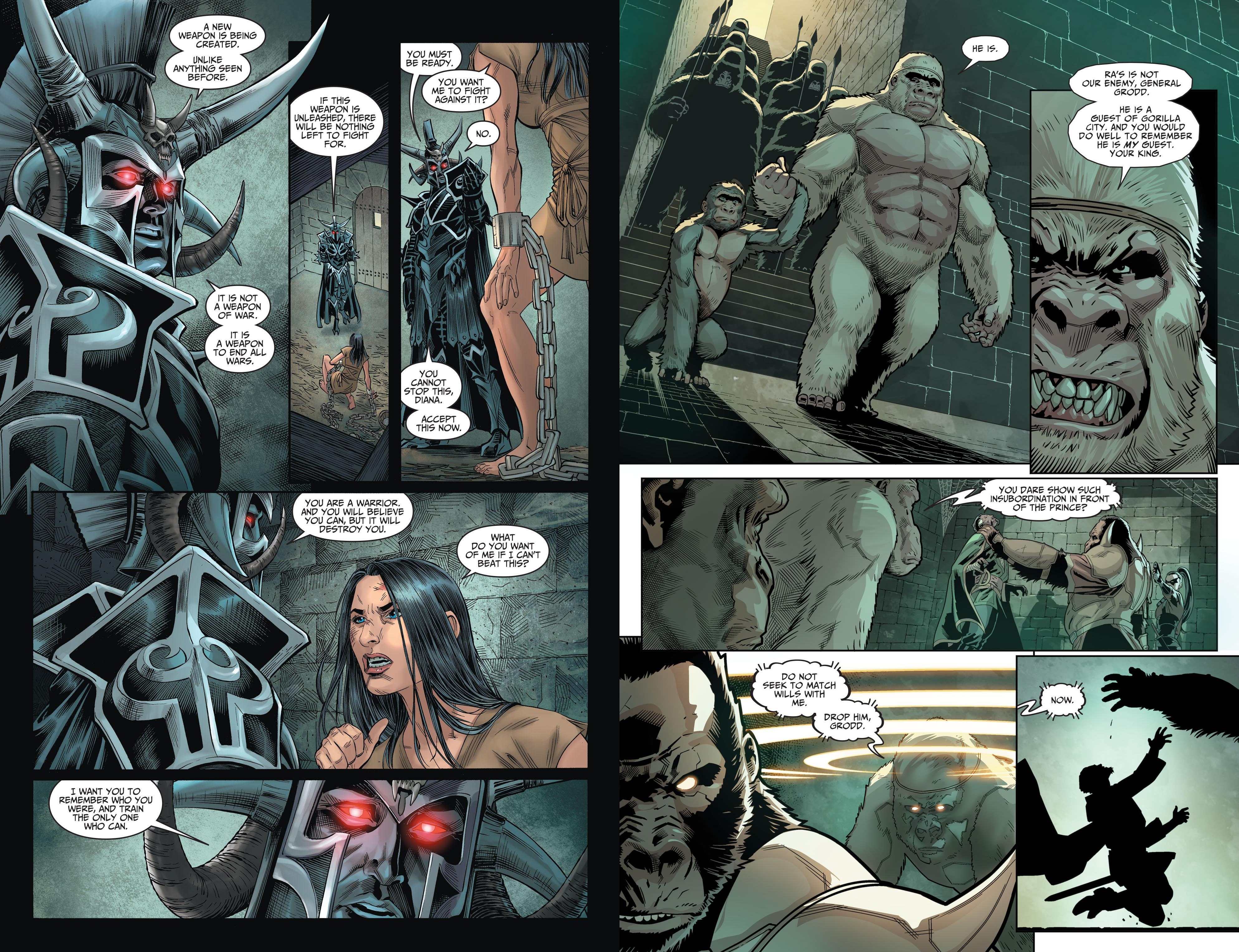 After the crisis of volume two, this is very much a holding pattern, small vignettes looking in on assorted characters seeing how they’re coping and what they’re up to. In some cases they’re pivotal cast members, in others it’s just a case of satisfying curiosity. Of the Justice League members who allied with Superman during Injustice, only the Flash developed a conscience, and Tom Taylor looks at a man still at large, but no longer permitted to run. How is that working out for the fastest man alive? It’s a touching piece, as are so many other sequences: Harley Quinn returning home, Alfred as he now is, and some great pieces set early on in Khandaq, possibly redefining someone who’s been very straightforward to date. Then again, Taylor’s not above pulling a fast one, so can anyone be taken at their word?

Wonder Woman is given the greatest amount of space, defining how she became the character so easily able to support Superman in this world, rather than the avatar of compassion she is in the standard DC universe. Taylor’s plot about the past is scripted by K. Perkins. It initially seems to be the often used story of Steve Trevor’s arrival on the Amazon island, but that’s given a satisfying twist integral in defining what Diana became. Before then we’ve already seen her current situation, nicely illustrated by Mike S. Miller, a mainstay of the first series, but so far little seen in Injustice 2.

Because much of the volume is foreshadowing in preparation for volume four, character predominates, but that doesn’t mean the artists have nothing interesting to draw. R’as Al Ghul is allied with the super-intelligent residents of Gorilla City, and the sample art shows Bruno Redondo making the most of that. He’s also the artist for the story’s most viscerally brutal section, and rather than drown us in blood he employs subtlety to make the point. Plenty of his pages in pencil form and design sketches fill the back of the book. There’s far less of the excellent Marco Santucci this time, while Tom Derenick, David Yardin and Pop Mhan also contribute decent chapters of varying lengths. Of those artists it’s Jamal Campbell whose work on a Wonder Woman piece stands out as delicate and detailed.

Brian Buccellato also revisits the Injustice world, showing what happened to Harley Quinn’s one-time allies in a story preceding the start of Injustice 2. It has a twist, but isn’t memorable. Taylor’s handling of Harley herself is. “You have to ask yourself how you end up being a ninja footsoldier in a megalomaniac’s army”, she asks at one point, “What’s the career path for that?” Despite that, this is a volume of setting the pieces on the board. Don’t worry, that all pays off in volume four. And what’s with the cat? That’s an interesting surprise.