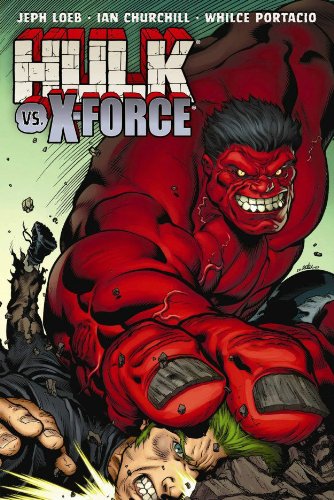 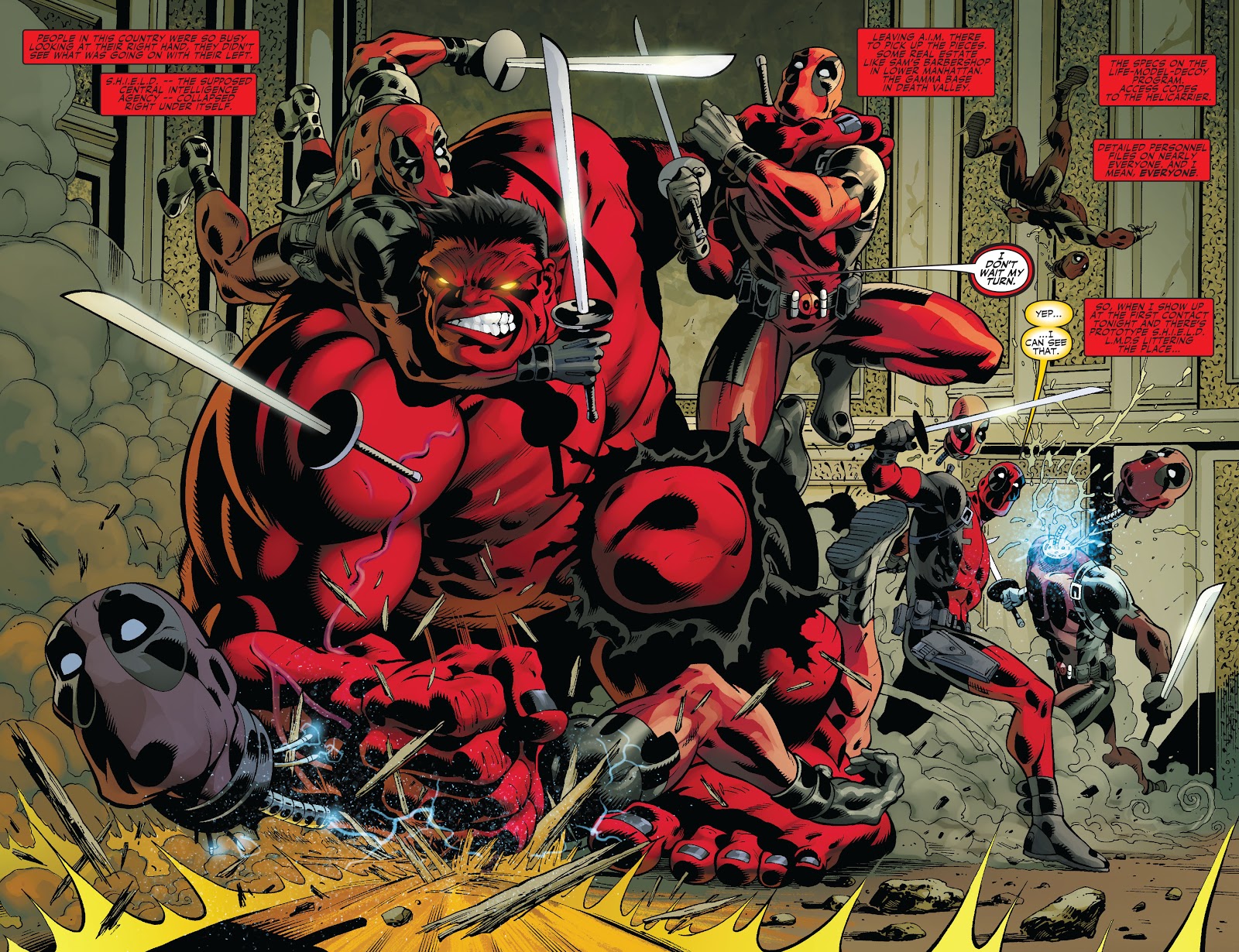 The Red Hulk has been established as merciless and someone who wants to keep his secrets. X-Force’s Domino is a woman who knows a lot of secrets, and seemingly among them is the true identity of the Red Hulk. He’d prefer this remained unknown, and appears willing to go to extreme lengths to ensure this, but with Domino being able to manipulate reality to her advantage she escapes.

Apparently the best way to track her down is to round up a crew of mercenaries, so welcome Deadpool, Elektra, Punisher, Thundra and the Crimson Dynamo, who might seem out of place. Just as well, though, as Domino has friends of her own: X-Force. It’s such a multiplicity of characters that Red Hulk at one point is pretty well unseen, but a tussle with Wolverine finally delivers a weakness.

If the mystery of one Red Hulk wasn’t enough, there’s now a Red She-Hulk. Loeb finally begins to head the storyline towards the revelation that’s been pretty well the only sub-plot for the entire series, and complicates it. With the knowledge of who both the Red Hulk and the Red She-Hulk are, Loeb throws in some touching dialogue, but there’s little depth here otherwise.

Ian Churchill is a slightly better artist than regular Ed McGuinness, so this volume has improved layouts amid the McGuinness style distortions.

The story separates into two separate volumes from the conclusion. The Red Hulk and his secrets are the focus of Fall of the Hulks: Red Hulk, and Bruce Banner hoves back into view in Fall of the Hulks.

Those volumes along with this can also be found gathered in the bulky hardcover Hulk by Jeph Loeb: The Complete Collection volume two.