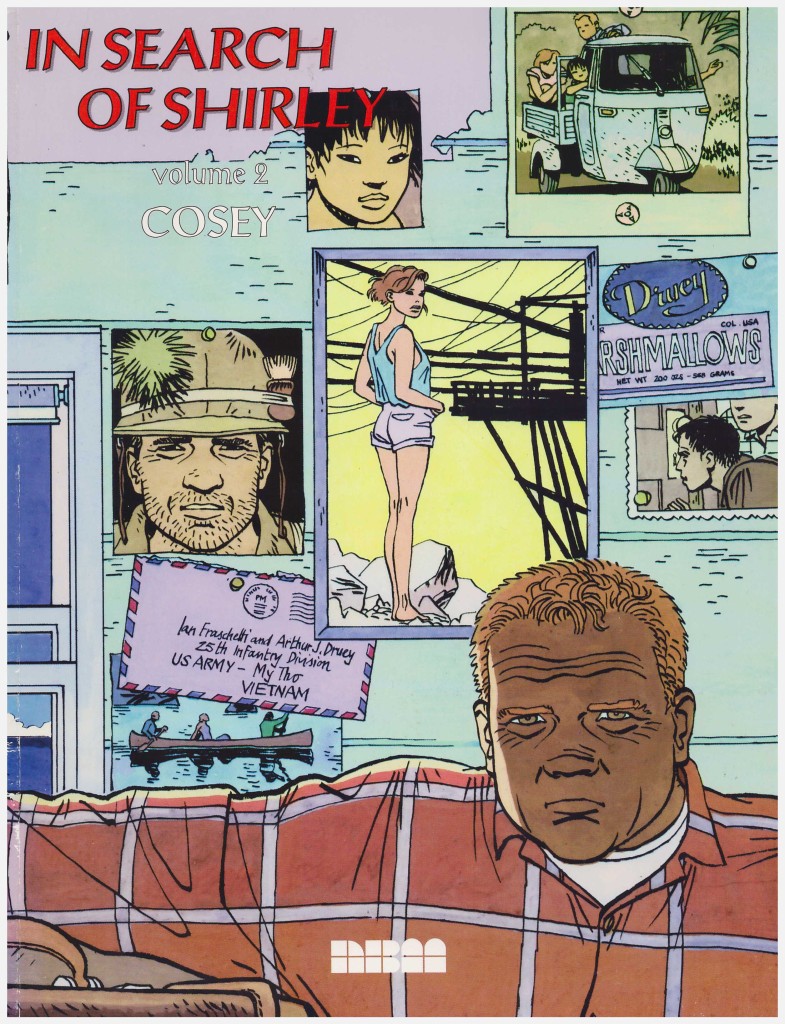 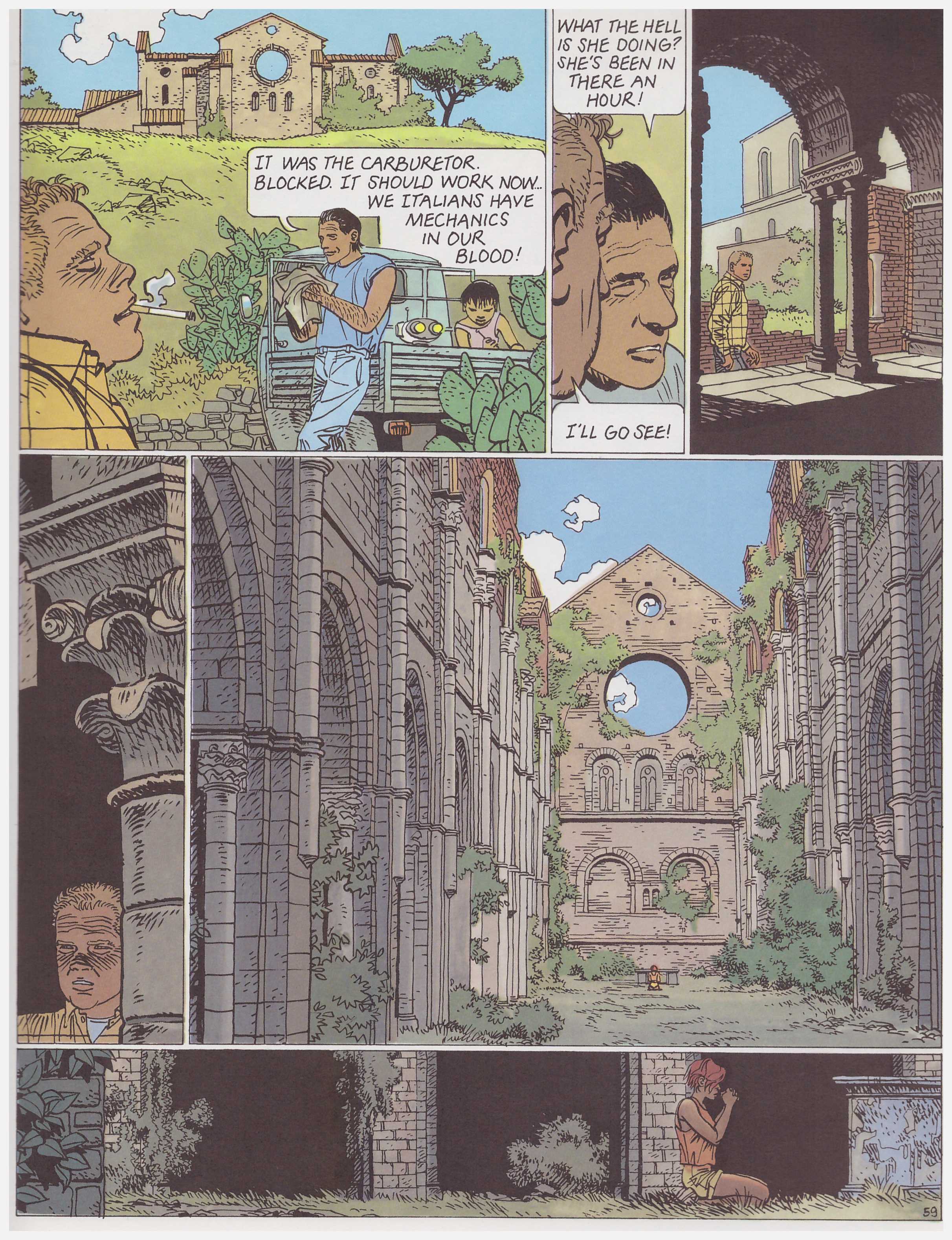 Volume one introduced us to Arthur Druey, afflicted by an undefinable ennui for a man who ought to have a very contented lifestyle. When the opportunity presented to accompany his more adventurous mate Ian for a family visit to Italy, Arthur tagged along, illogically investing a fair bit of hope into meeting Shirley, now living just across the border in Switzerland. Always knowing her own mind when they were teenagers, she had a certainty about life that Arthur now lacks.

Cosey’s wistful portrait of Arthur across the story’s opening, was a quiet triumph, and this concluding volume matches it for affability and surprises. There wasn’t really an awful lot of searching required for Shirley, in the physical sense at least, but once found she’s elusive, and has an agenda. This is brilliantly set up by Cosey, consistent with both Shirley’s previous and current character, and with a sense of regret and repentance for a past transgression. It’s not the only element that we now discover he’s foreshadowed in masterful fashion. Elements that in the first volume appeared mere character building or passing comment are reconfigured or recontextusalised to strong emotional effect, and Cosey’s brilliant at disgorging the male justification for actions and astonishment at subsequent consequences.

It takes them both by surprise, but both Arthur and Ian find a purpose in Italy, while simultaneously raking over old wounds, and once back in the USA it leads to considerably changed circumstances.

Across the entire story Cosey’s lulled the readership into a false sense of believing we’ve come to know the characters, and he cleverly subverts expectation while keeping them entirely consistent, something he maintains until the final page. Visually his art is again almost exclusively in service to his storytelling, but there’s enough scope within unfurling the necessities to include numerous decorative scenes and considerable emotional depth.

In case it’s not obvious, the covers each present half of a complete picture, effectively encapsulating the content without divulging its secrets. There may be some puzzlement at page 47’s notification that the story will conclude the following issue, but that’s just a hangover from the first English language serialisation.

In Search of Shirley in its entirety is a brilliantly conceived and realised emotional drama, with a strong cast and effective art. It’s long overdue for collecting in a single volume, and it’s odd that only two other work by Cosey have been translated into English, the also out of print Lost in the Alps. and the whimsical Mickey Mouse story Mysterious Melody.