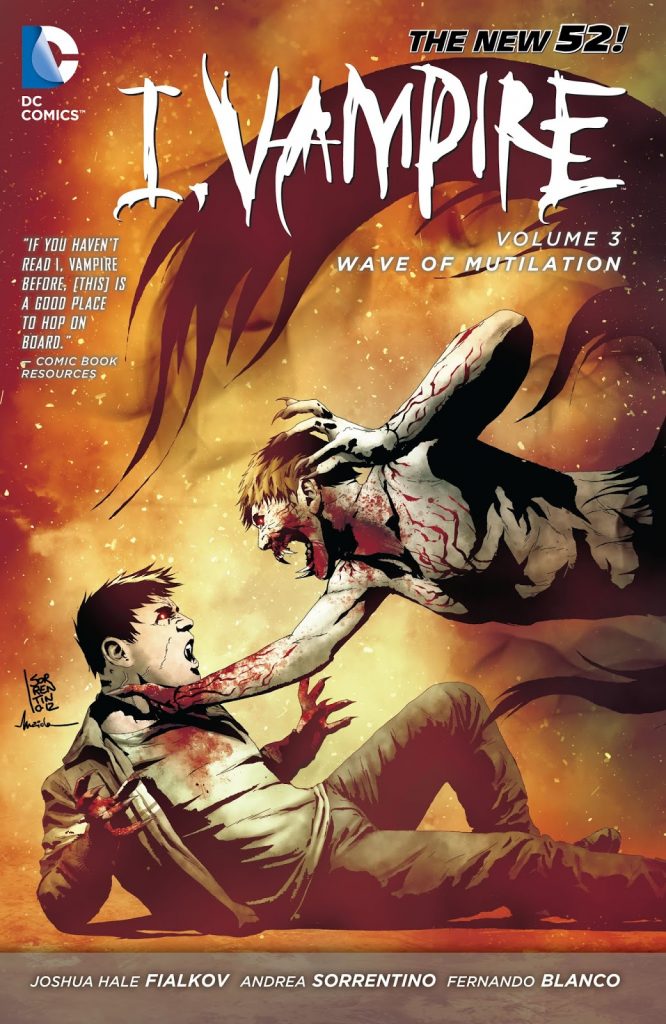 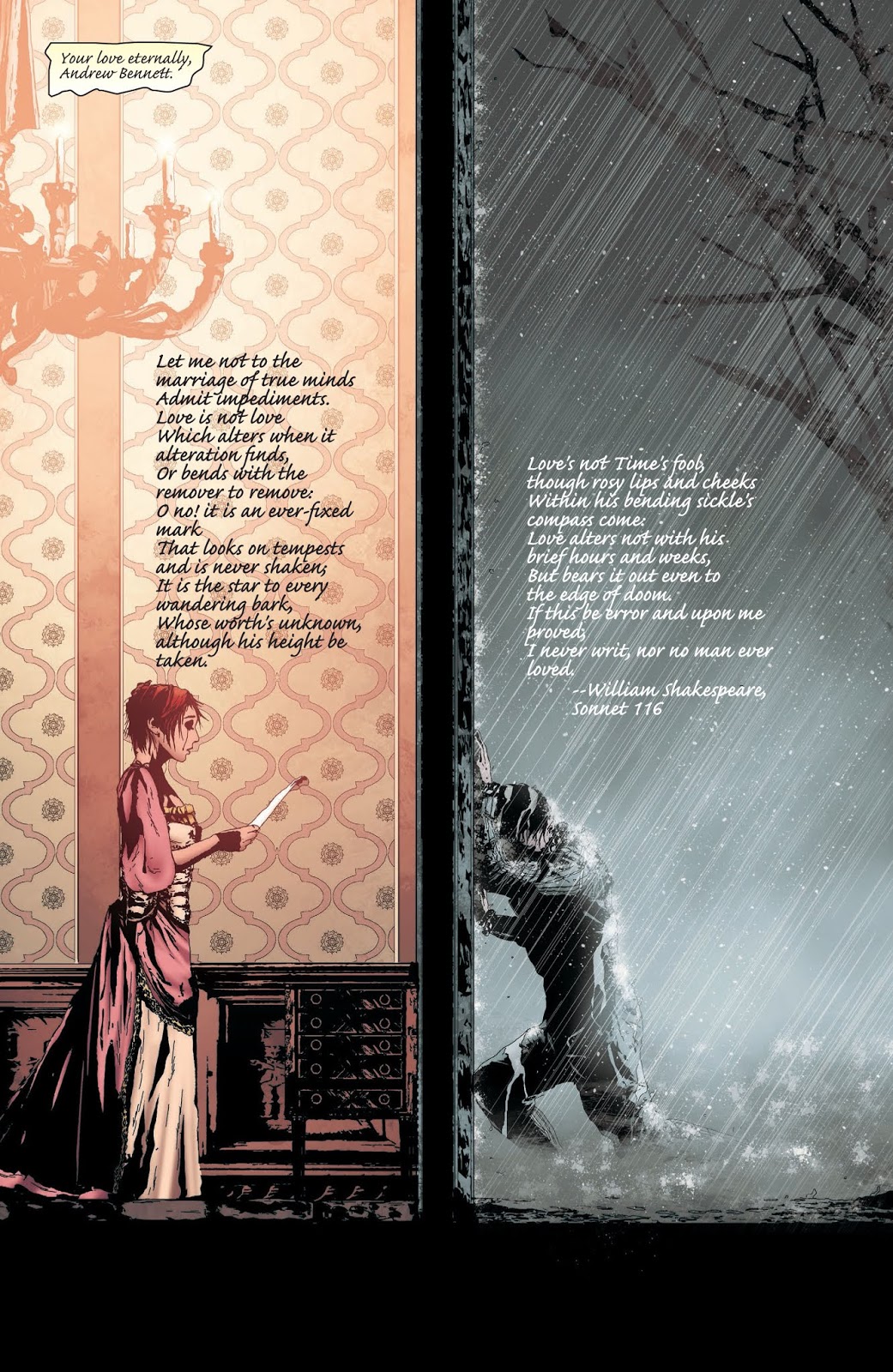 It seemed at the end of Rise of the Vampires that things couldn’t deteriorate further. After all, it showed vampires, zombies and superheroes mixed in a massive free-for-all, but then Andrew Bennett, the I of the I, Vampire, pulled a masterstroke. Unfortunately there were consequences. Joshua Hale Fialkov knows he’s jerking our strings by not dealing with those, instead heading back to the 19th century to open Wave of Mutilation by showing Andrew’s vampiric transformation. Fialkov and Andrea Sorrentino are that good that within a few pages all thoughts of the ongoing plot will evaporate and readers will be sucked into the gothic tragedy that plays out. It’s distilled to its essence in the sample art.

When the main story resumes, Fialkov has jumped events forward, a device he’s employed before, but there’s no cheating. Andrew has transformed again, and Fialkov has pulled another switch because Andrew ended one threat to become an equal threat himself. Mary Seward, his one-time lover and one-time power hungry vampire is now the person looking out for all our interests. As before, switching the narrative voices provides insight, but as everyone is now more connected with Andrew, the comments are more personal.

I, Vampire is a series prioritising shock, but the biggest shock of all comes around halfway through Wave of Mutilation when Andrea Sorrentino is replaced as artist. His virtuosity and imagination has so defined everything that his is an almost irreplaceable loss. Denis Calero maintains the general look, but it’s superficial, after which four artists all draw several pages in a great rush, providing the most ordinary looking pages of the entire series. Fernando Blanco is chosen to draw the final few chapters. Had he drawn the series from the start, his perfectly adequate horror stylings would seem okay, but he’s supermarket own brand when compared to Sorrentino, who makes a brief return for a few pages in the closing chapter.

There’s also a feeling of Fialkov losing his way slightly as Andrew becomes something else. His masterplan seems, well, trivial and pointless. The unsentimental way he deals with the supporting cast means Fialkov has a definite end in mind, but while he’s around John Constantine’s sly and knowing personality dominates. Fialkov pulls things back for some home truths in the final pages, but throw in the quality of the art and this is nowhere near as good as the previous volumes.