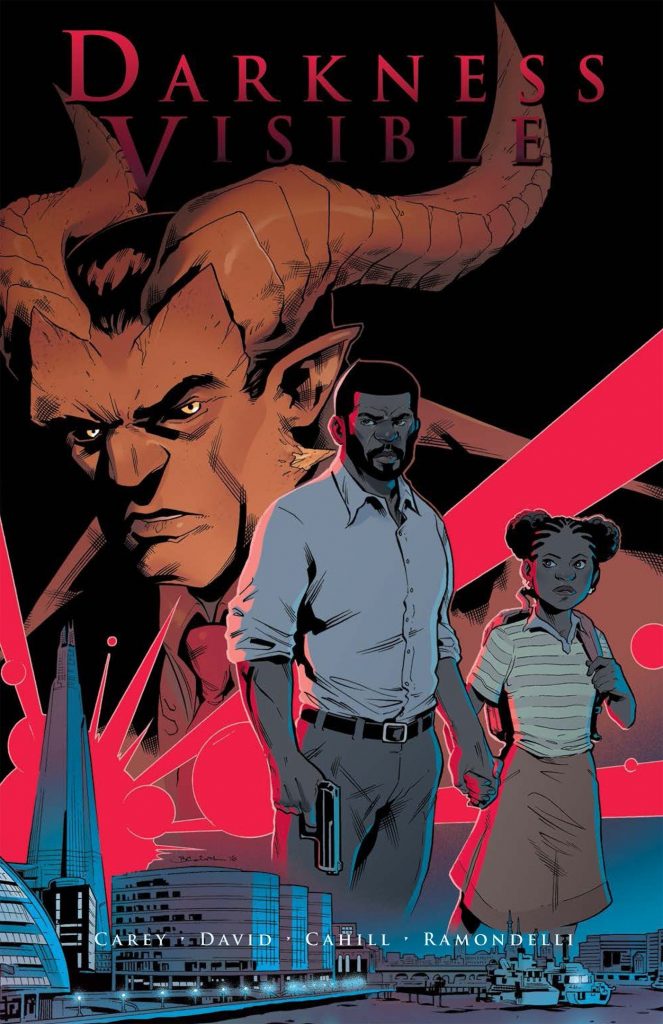 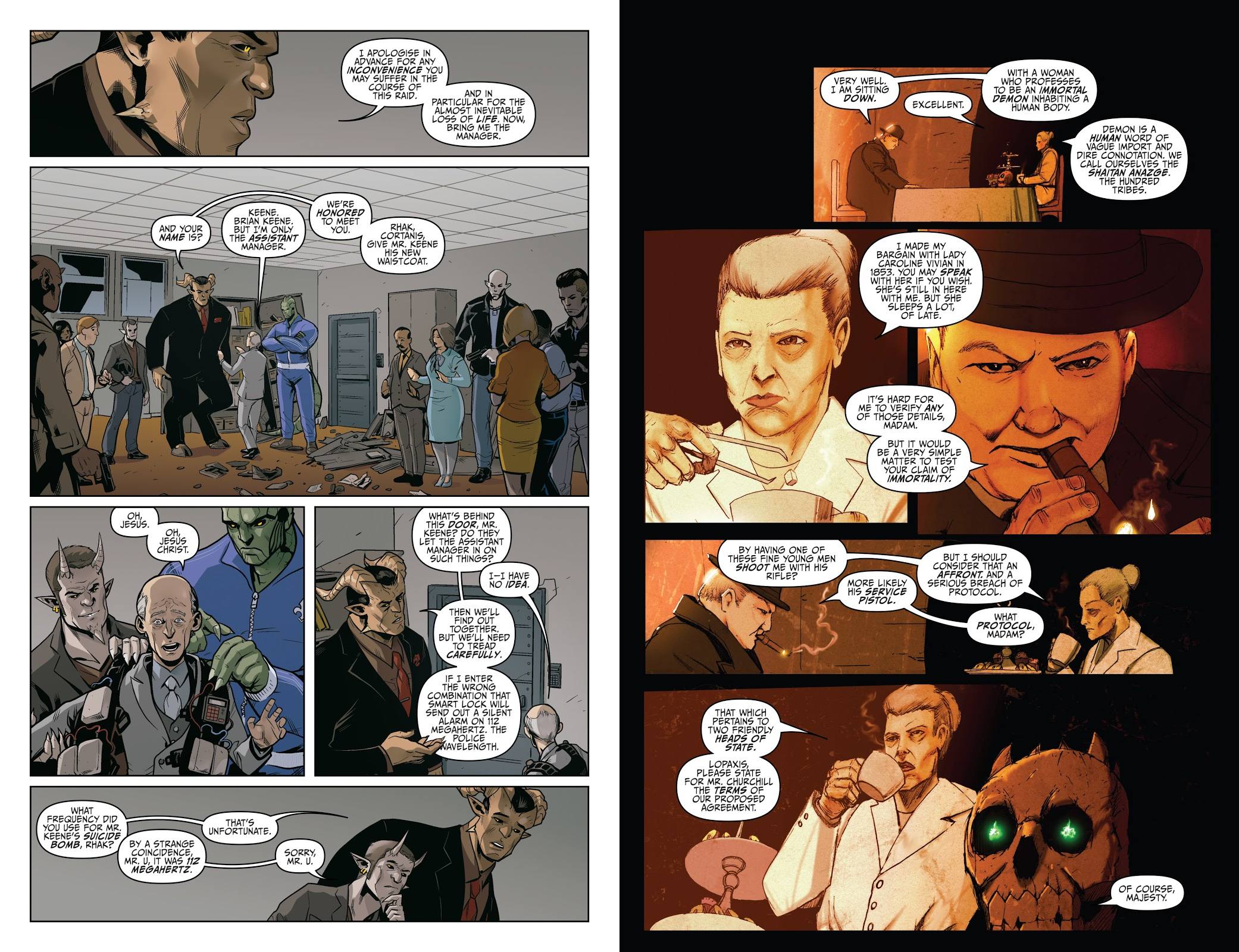 After eighty years you’d have thought humanity would have learned to live with demons. Some do, they allow themselves to be possessed, changing their appearance, but prolonging their life. That, however, is the minority. The Shaitan, as they’re known, have long taken over organised crime and such is the threat of demonic terrorist activity that there’s a special London police unit set up to deal with them. In the opening chapter we meet Daniel Aston, specialist policeman and doting father, and a man due to be thrown headlong into events he barely comprehends despite being near enough a specialist.

Co-writers Mike Carey and Avind Ethan David use the Shaitan as a metaphor for blinkered thinking, emphasising early on that although perceived by humanity as a single race, they in fact represent a hundred different warring factions. At times it seems they’re also being used as a metaphor for racism, but that’s more half-hearted, and would perhaps intrude too much if persistent. Besides, having the lead character be black and sympathetic is a statement in itself.

There’s a lot of backstory to fit into Darkness Visible, and Carey and David manage that astutely by dropping interesting information when they think you’re not paying attention. The other technique is to offer some history, to show Winston Churchill’s wartime reaction to the Shaitan, and the background to a character who’s cleverly plotted, at first seeming nothing more than needed for an early scene, yet far more than they seem. The past and present are separated by different artists. Brendan Cahill takes the present day, providing clean and clear action art good on character, while the less detailed Livio Ramondelli has occasional perspective problems in handling the past. Those are two stories disturbing in different ways, more so than the present day material.

2018 isn’t that far distant, so it can’t be said with certainty that Darkness Visible is another project where the continuation has fallen into the abyss, but there’s been no hint of it since the mentioned comic serialisation was due. That’s a shame, and shouldn’t put anyone off what is available. It’s an intelligent combination of horror and action thriller with a side dish of social commentary, this broader than the topics mentioned, offering enough value on its own, and enough mystery that you’ll want more. 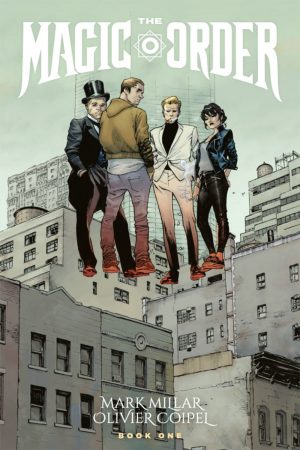