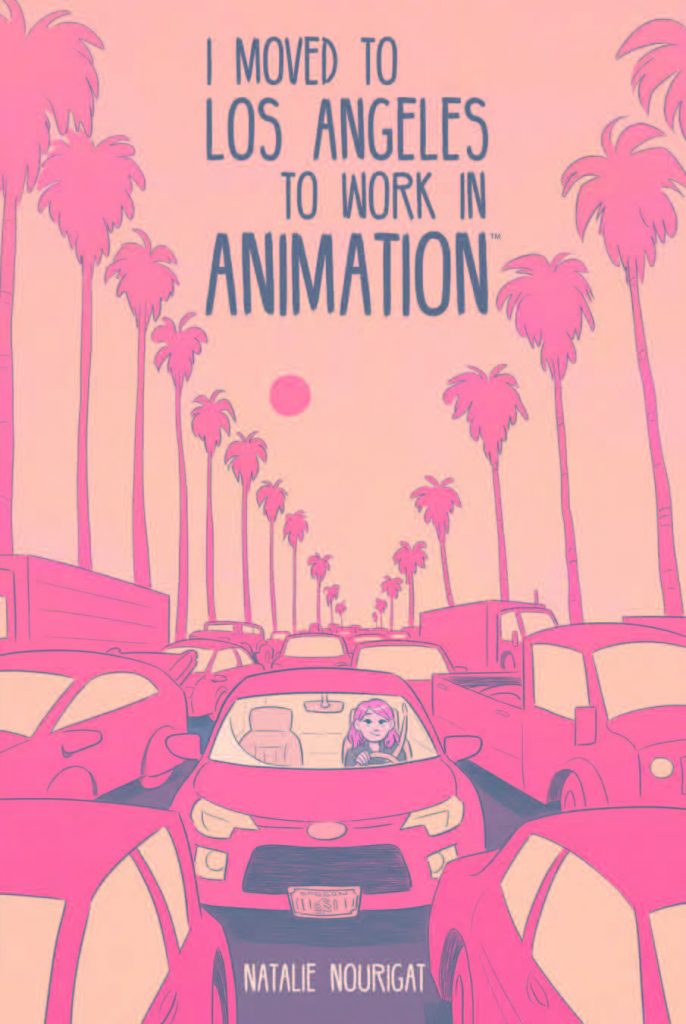 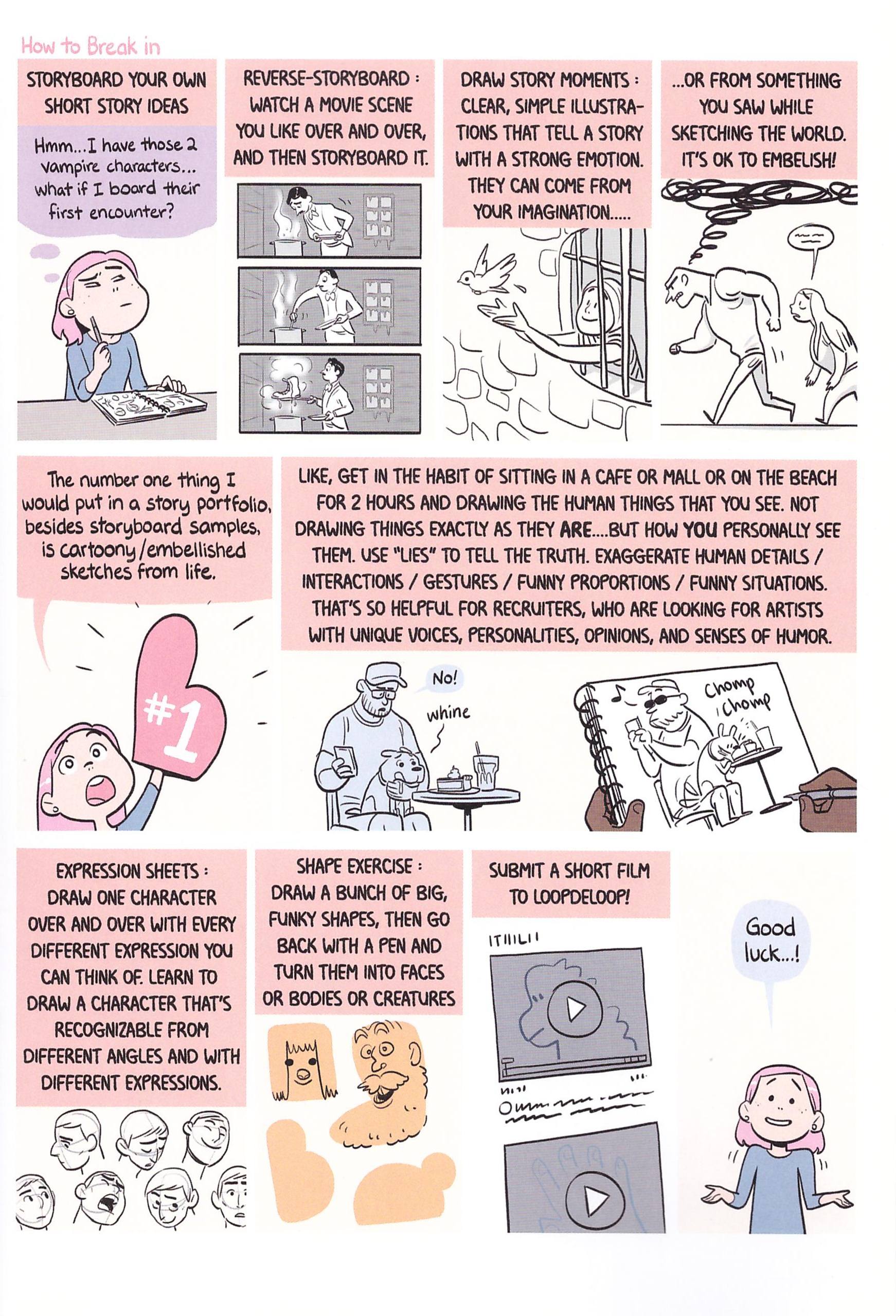 The title is no nonsense clarity, which as it happens is important in animation. Already working as a comic artist with one personal graphic novel on the CV, Natalie Nourigat wasn’t convinced about her long-term prospects as a freelancer, so set her sights on moving sideways for a staff job in animation. While comics can be created anywhere, most major animation studios are based in Los Angeles, with all the good and not so good that involves, down to pre-empting some people thinking they need to be glamorous to work in LA! The up and downsides of the city are among the factors considered in what’s a cheerfully informative primer.

While this is Nourigat’s personal experience of breaking into the animation industry, it offers well above and beyond the call of duty. Nourigat supplies so much practical information, about persistence, about work ethic, and about preparation, and what she doesn’t say, but should be stressed, is how the vast percentage of what she passes on is applicable to any trade a newcomer wants to break into. Research and persistence allied with talent should pay off.

It should be underlined that for all the valuable advice on offer, this isn’t a primer, because for one thing animation works very differently in Los Angeles, where most are unionised, while New York studios offer generally poorer conditions. Everyone is going to have a different path and different strengths, so Nourigat calls on eight friends and colleagues to offer their perspective. It’s the section of the book where the artistic strain is most obvious, offering the least opportunity for expression. Their contributions are wordy (for the pages allocated), repeat some advice and require a lot of talking heads. Given the high word count of this section in bulk, the contributions might have been better used as individual chapter separators. The one aspect, though, that shines through is a love of drawing is necessary to work in animation, which may be an obvious point to emphasise, but not to everyone. Personality also counts, and it’s apparent Nourigat has that tied up.

There’s been an interesting production decision taken on the part of Boom! Studios in using thin internal paper resulting in a slim sized package. It’s kept the price down to $9.99, but the opposite side of the coin is that it disguises how much content there is in what’s actually over eighty pages. Don’t let the slim look put you off.