I Am Going to Be Small 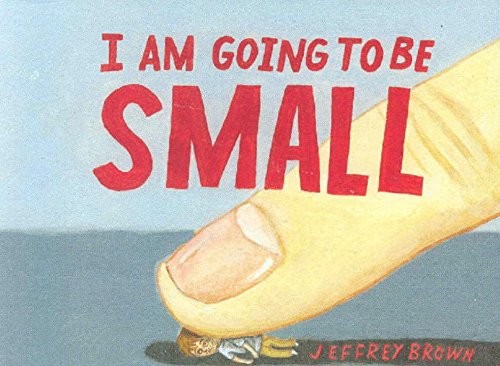 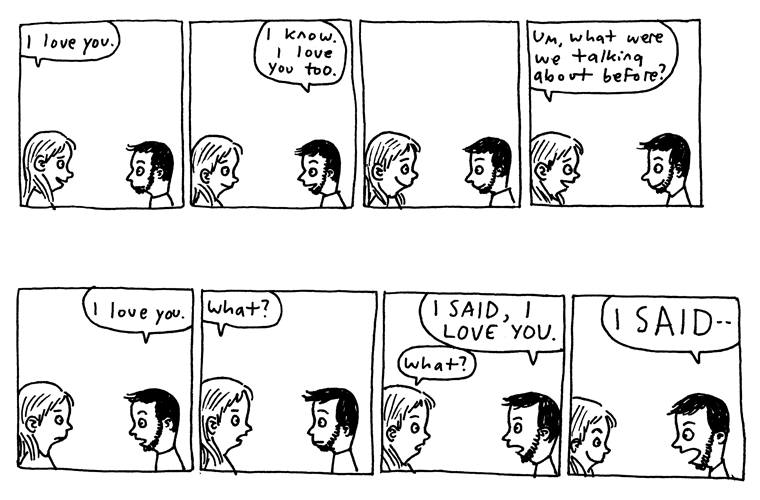 Jeffrey Brown is latterly best known for his amusing, and officially sanctioned tales of Darth Vader as a father. Before that, heart-rendingly honest autobiographical revelations were his calling card, and it was following some of those that I Am Going to Be Small was issued, gathering gag and humour cartoons produced in the decade from 1997.

The pages revisit evergreen themes of “young love, sex, drugs, heartbreak & comedy” involving the long and agonisingly extended process of “becoming a Man”. They’re constantly expanded upon to produce a succession of painful torments, frustrations and moments of unparalleled joy. They also rub pimply shoulders with straight-up whimsy, surreal and gross-out gags, observational comedy and anything the swiftly-developing cartoonist deemed worthy of his brief attention. The results can be painfully funny, but it’s also a creator in progress.

Here you will find uplifting homilies gone awry, college days captured in all their bleakness, sports – and sportsmen – dissected, movies reviewed and trashed, faux ads and products, religion, excess and guilt, god and Jesus. And atrocious puns, the wonder of toys, war and the military, ex-girlfriends, babies, torture and mutilation, animal crackers, food, dining and lots of observations on the dating arena. Perhaps more unexpectedly there’s the magic of boxes and unicorns.

At the rear end of the book, is a selection of anthropomorphic yet sophisticated mishaps featuring of a bunch of animals – Bunny, Bear, Bird and Cat – enduring the torment of interspecies attraction (and repulsion), all gathered together under the umbrella title ‘Cuticle’.

The material is both delicious and agonising in its forthright simplicity: brimming with shameful glee and subversive wit. It’s a voyage of graphic and comedic self-indulgence for everybody who has passed the raging hormones stage of existence and is happy to enjoy the plight of others still suffering.

It is to laugh.