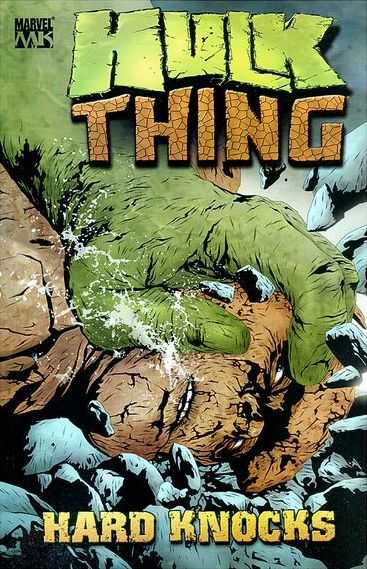 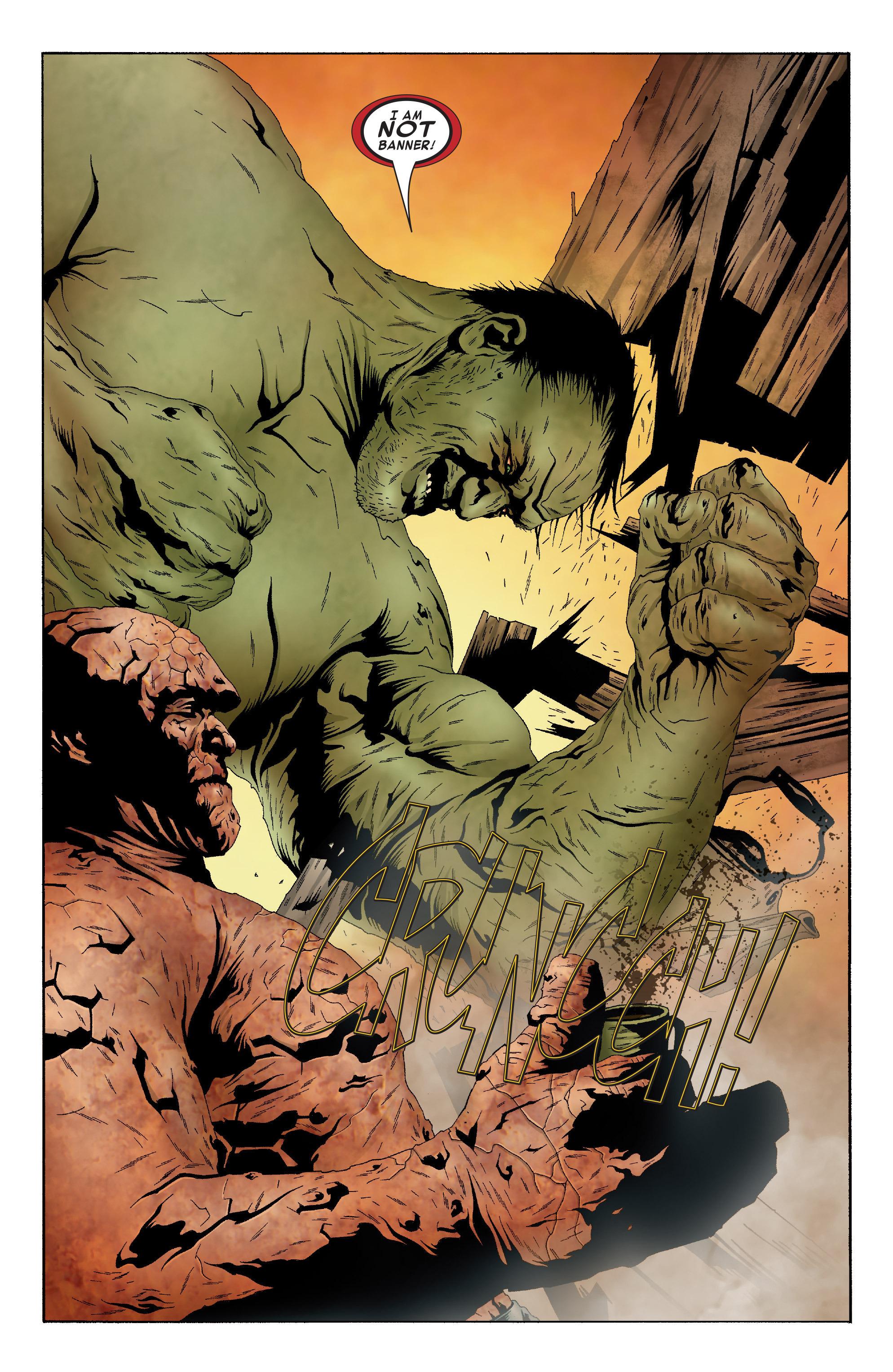 Back in the day, a Hulk vs Thing battle was something to be cherished, but the second generation of Marvel writers who’d thrilled to the originals all produced their own version, and eventually the billing became tarnished through overuse. Bruce Jones is obviously aware of this, and takes care to construct something different, but whether a Charles Bukowski style bar room ramble is what’s really needed to freshen the idea is questionable.

Essentially, the plot is the Thing meeting Bruce Banner in a remote diner, bringing up their first encounter and what happened then. Jones contextualises this with some background not supplied in Stan Lee’s simpler 1960s version. While this might be novel, it’s also dull, and cementing the plot is another hoary old Thing cliché as he bemoans his status as a monster, which Jones handles no more sophisticatedly than Lee did. The Hulk is secondary to most of this, seemingly present as an ear to be bent as several versions of the story are rolled out. There is a purpose, but not much of one, really, and what we’re left with is dreary.

In many other circumstances the saving grace would be Jae Lee’s artwork, but for all his skill, the Hulk and the Thing aren’t characters that suit him. They need raw power for the full effect, not Lee’s delicacy and shadowy layouts. Beyond that, while it’s down to artistic licence, Lee’s designs won’t be to all tastes. The Thing is scaled back to look almost human, being pebble dashed rather than having the full rocky power of the known version. In this Lee’s taking him back to the earliest lumpy version when the Thing was introduced, but it’s out of place now, and while he scales the Hulk well, he’s also odd looking.

The result of Jones and Lee’s sub-par efforts is their coming second best to a reprint of Gerry Conway and Rich Buckler’s 1974 Hulk and Thing set-to. That’s based on a good idea, that of Bruce Banner and Ben Grimm being trapped in the other’s body. This was from a period when Medusa replaced Invisible Woman in the Fantastic Four and Thundra was hanging around a lot, so they’re both involved, and Buckler’s still very influenced by Jack Kirby. The ending’s a complete cop-out, but the rest is mindless fun, and fun is very much absent from Jones and Lee’s effort. It’s a strange lapse from two creators whose work is generally recommendable.