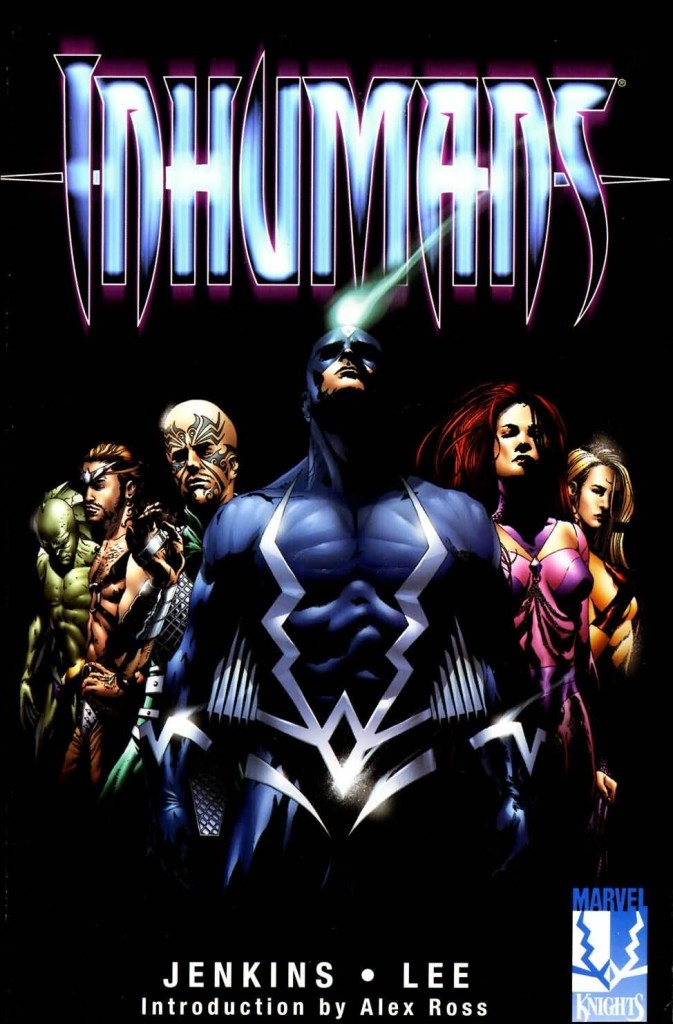 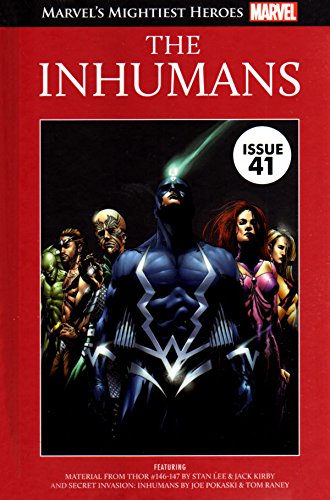 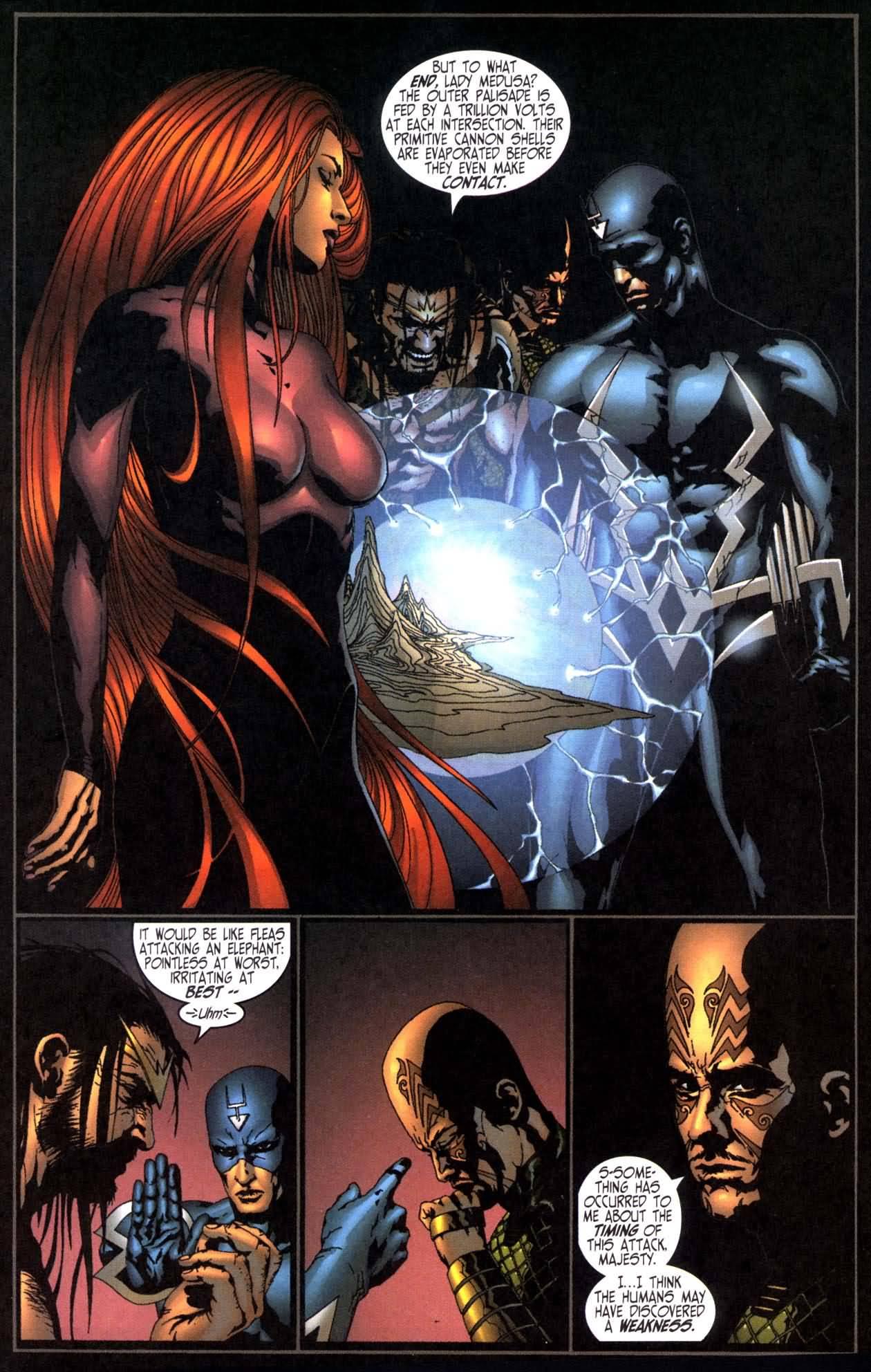 First introduced in the 1960s, it took over thirty years before before the Inhumans finally generated a genuine critical and sales success. Much of the reason was that despite a story here and there showcasing a renowned artist, most of what was issued was average at best, but also perhaps contributory was a misplaced reverence for what Stan Lee and Jack Kirby created.

Artistically Jae Lee couldn’t be further removed from Kirby’s kinetic approach. For Kirby pace and action was all. Lee deals in static images, precise frozen moments of time, jagged and ornate, and while elsewhere this comes at the cost of detachment, the brittle observational techniques are perfect for a study of pressure. He redesigns some characters, updating them. Karnak, the martial artist, is still slight and bald, but now bears facial tattoos, the hooved and carousing Gorgon now has the look of Pan about him, and the most drastic alteration is the amphibian Triton. In all cases Lee accentuates that these are not humans, and most couldn’t pass for such. Some posed panels are just too mannered, but enforcing a revised visual identity serves to distinguish this graphic novel from any Inhumans product before or since.

That this is a different interpretation of the Inhumans is evident from the opening page over which Paul Jenkins enquires via captions “Imagine you could never make another sound, not for the rest of your life. Not a sigh. Not a yawn. Not a single word. Ever. Then imagine you were given one chance to speak. What would you say?” The description is Black Bolt’s curse, and starting with their ruler, over the opening chapters Jenkins circulates round all members of the Inhumans royal family, offering some new insight into each. In at least one case his disclosure is a stunner. He even provides a novel answer to his opening question to close the first chapter, then revisits it for the finale. It’s not just the ruling family under the spotlight. In the second chapter he begins a look at the wider Inhumans society, the privileged and the subjugated, the new and the established, the content and the malcontent.

Jenkins then turns his attention to the wider world, from which the Inhumans are protected in their Himalayan citadel by an impenetrable force field. The broadening permits a methodical look at diplomacy, deceit and avarice, and comes round to enquiring about the constituents of justice. It’s all heady stuff for what’s ostensibly a superhero story. The core plot concerns manipulation, with the Inhumans under siege from outside their barrier and an increasing voice of discontent from within, and switching the narrative voice with every chapter feeds in a variety of opinions.

While a constantly tense heady brew, it’s also a flawed one as interest isn’t always maintained. There are several dry areas among the twelve chapters, and while the ending is clever and unpredictable, it’s like a balloon popping instead of taking flight. For all that the Inhumans were never this good before, and rarely have been since.