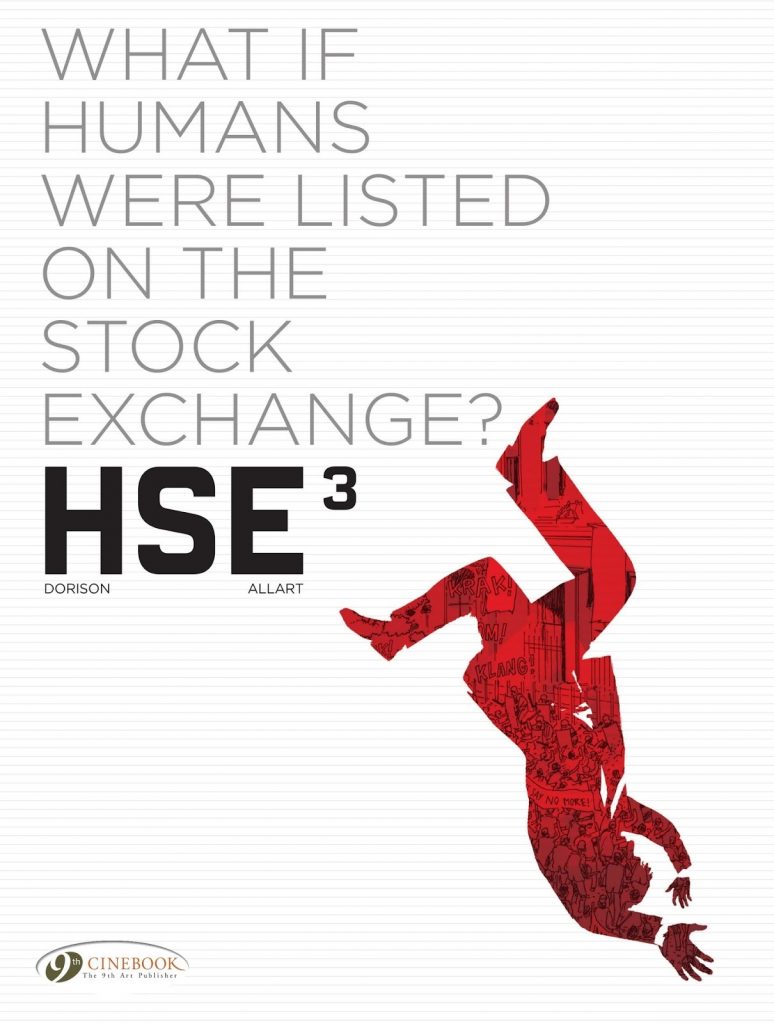 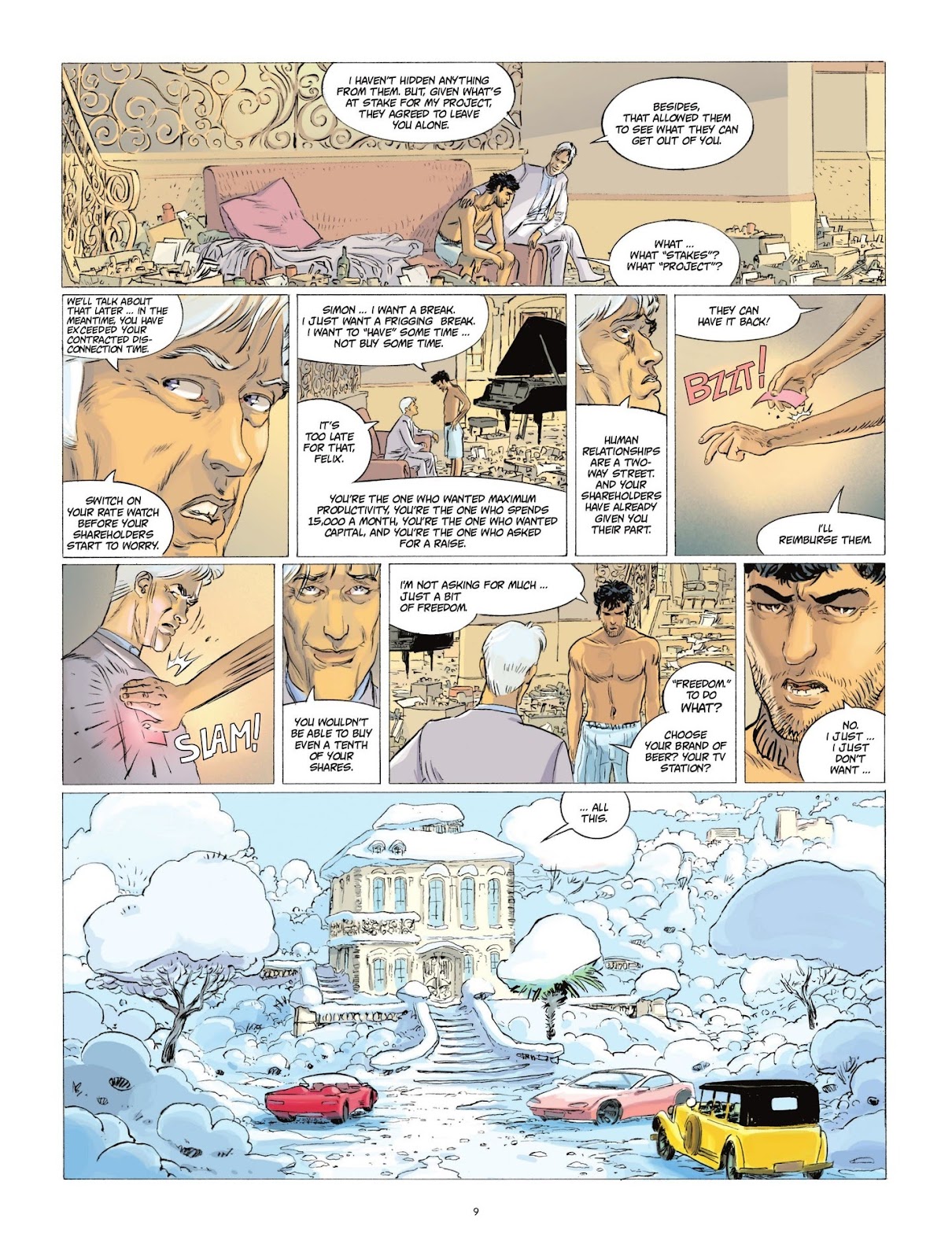 Xavier Dorison and Thomas Allart complete Felix Fox’s story in this third volume. In a near future society when the gulf between wealthy and poorest has increased, Simon Sax has founded the Human Stock Exchange, and Felix has taken advantage, acquiring investors who gamble on his talents making them significant returns on their investment. As he becomes richer and more influential, so do they. However, they also intrude on his personal life, and HSE’s first rule is to keep the shareholders happy. By the end of HSE 2, Felix was beginning to have doubts about his willingness to comply with everything, so is the falling man on the cover indicative of his path?

It certainly seems that way from the opening pages, as the realisation dawns on Felix just how he’s been manipulated, and now seems to have been manoeuvred into a corner, after which Dorison cleverly removes the options he considers.

Having been so good over the previous two books, Allart’s illustration is nowhere near the same standard over many pages here, which is both puzzling and disappointing. Were he not the only artist credited you’d swear someone else drew the first half of HSE 3. The tightness is absent, the panel compositions require figures to be squashed in, and proportions and foreshortening are plain poor in places. One violent scene midway through is almost amateur by Allart’s earlier standards. It’s interesting to note, though, that Cinebook have become a little less coy about nudity, with an occasional bum no longer requiring a pair of pants drawn on, and a couple of second degree swear words present.

Thankfully Allart’s back on form for a key interview sequence in the middle of the book. Dorison’s story was conceived during a financial crisis, and while there are obvious exaggerations, he has a point to make about how financial markets work for the few, but seduce many with false promises of an even field. A cynical ending reinforces that ethics are no concern when it comes to making money, but Dorison has no great alternative to offer, choosing realism over hope, which is disappointing.

Anyone who’s followed Felix’s story from the start is going to want to know how it ends, but both in story terms and artistic terms this is the weakest of the three volumes. 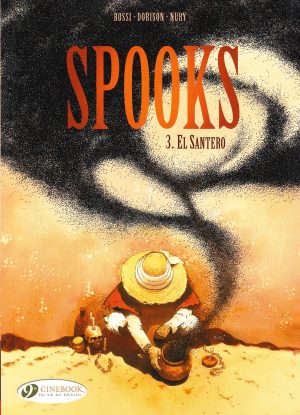 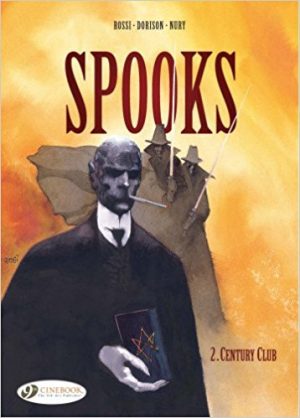 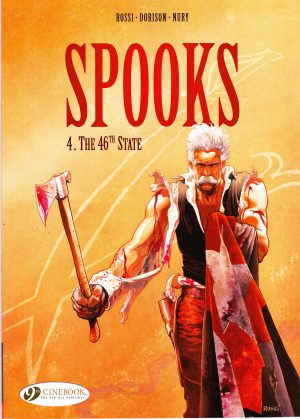