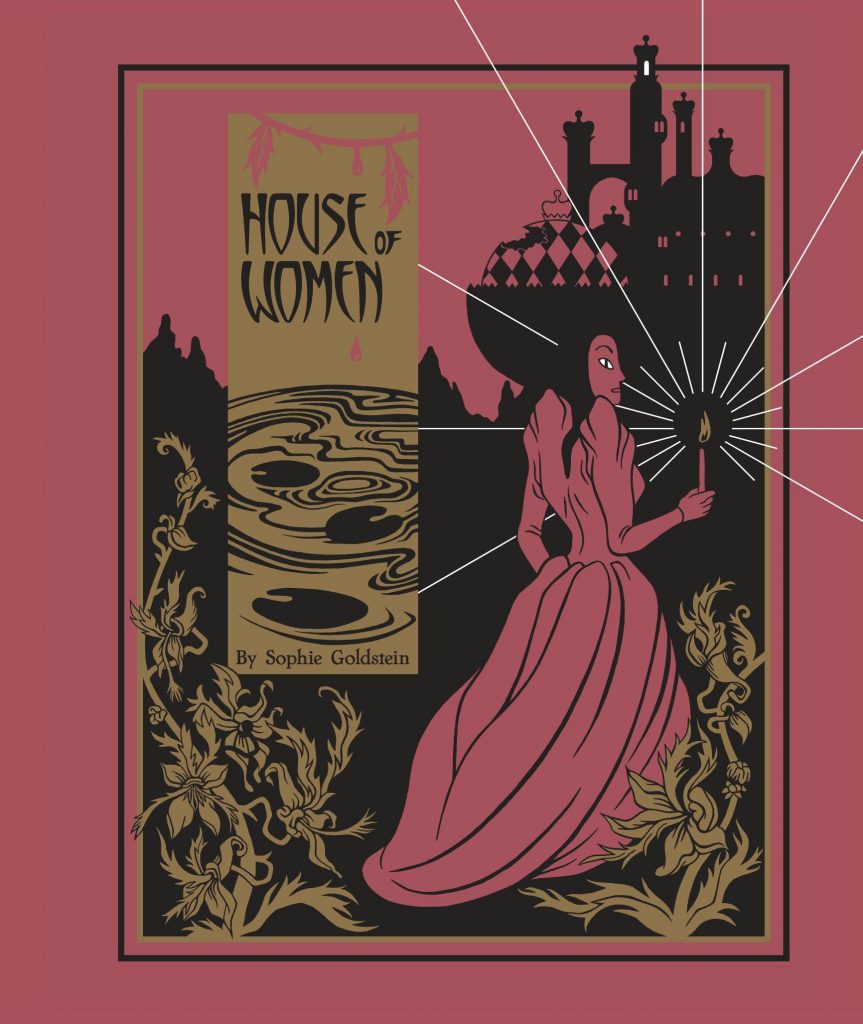 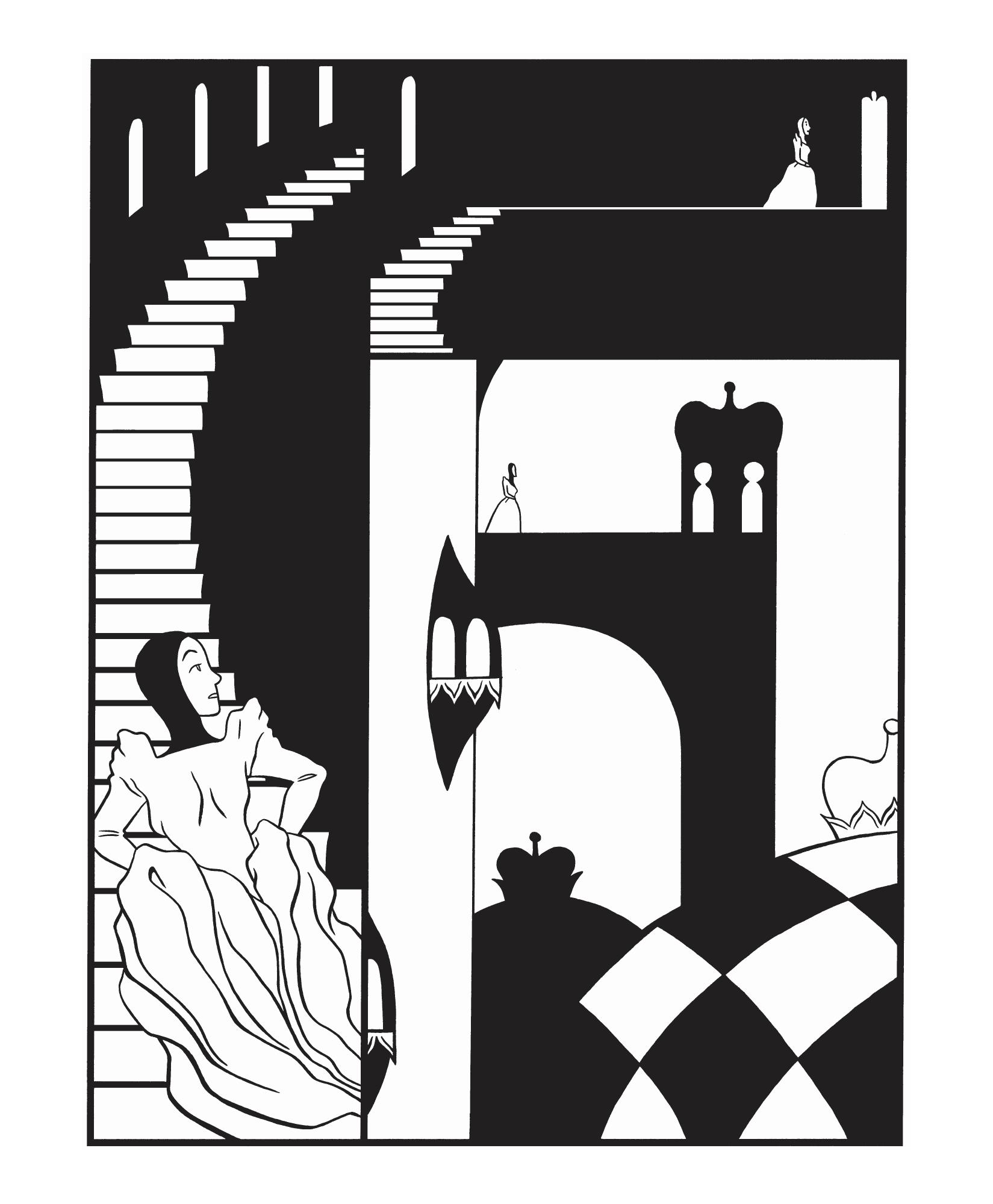 Sophie Goldstein’s work is an influence-mashing graphic novel very well represented by its decorative debossed cover. It displays the ornate cliff top house occupied by a group of women dispatched by the Empire to civilise the inhabitants of Mopu, an extremely remote planet.

The women are fully covered by robes and headscarves, only their faces visible, providing an inescapable similarity to the nuns sent to the isolated corners of the British Empire in the 1800s and 1900s. These well intentioned, but misguided women placed no cultural or spiritual value on the prevailing form of existence, and there’s a similar patronising rigidity among the attitudes of some women featured here. Goldstein explicitly references the Bible to underline matters.

Of the four women it’s their commander Sarai who’s the greatest focus as Goldstein gradually weaves a tempestuous, fever drenched tale of repression and isolation. On arrival the women meet Jael Dean, a company representative already resident and able to familiarise them with the landscape and their distinctive accommodation, but it also becomes rapidly apparent that he represents temptation. Will they succumb?

Just as Goldstein’s plot relies heavily on Black Narcissus, Aubrey Beardsley’s ornate Art Nouveau imagery is a seeming influence on her art. She doesn’t approach his level of detail, but the stark, rich contrast of black and white, with a vast sense of scale brings him to mind, as do the exotic design elements, some incorporating his style of sly eroticism. It’s with the locations that Goldstein really expresses herself, as her figures are simple, yet expressive enought to complete her story, and the design element of Jael with his distinctive two pairs of eyes is simultaneously alluring and disturbing.

As generations have previously found elsewhere, faith alone is a woeful lack of preparation when it comes to civilising other people, especially those not inclined to be civilised. It’s a task beyond the preparation and means of the women, made clear as the tale begins, and the effects of a mission doomed to failure take their toll. That Goldstein’s influences are obvious shouldn’t deter anyone, as what she weaves them into has its own haunting imagery and a successfully induced claustrophobic mood, which results in an emotion-drenched experience.