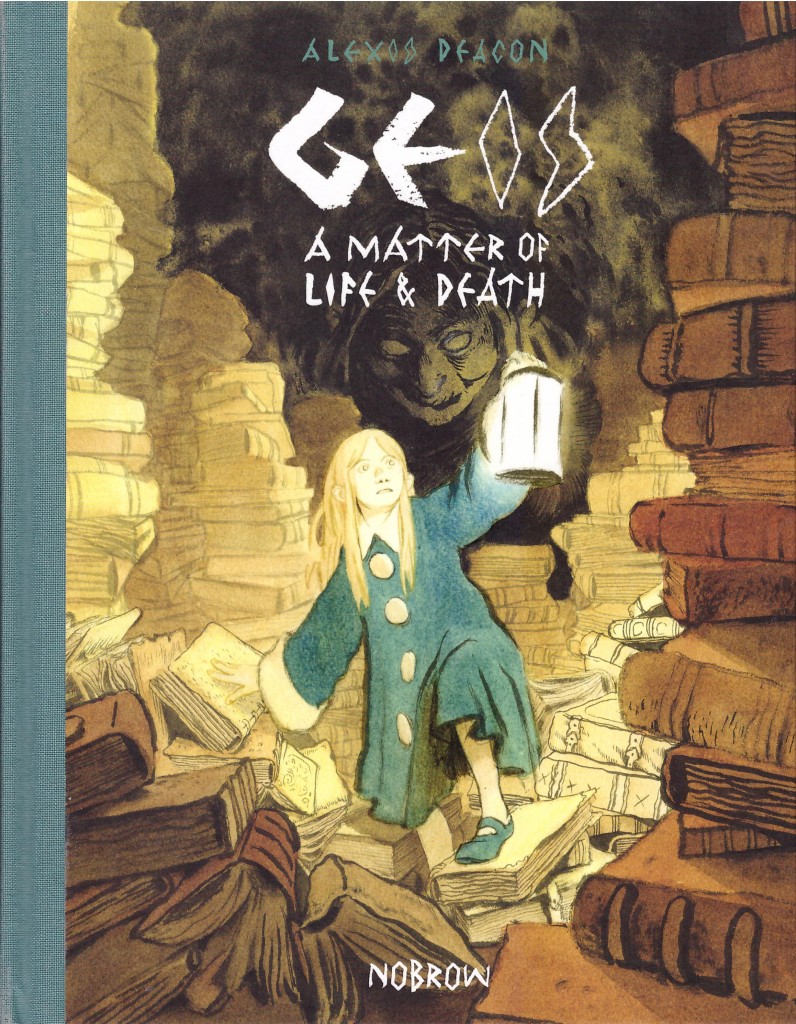 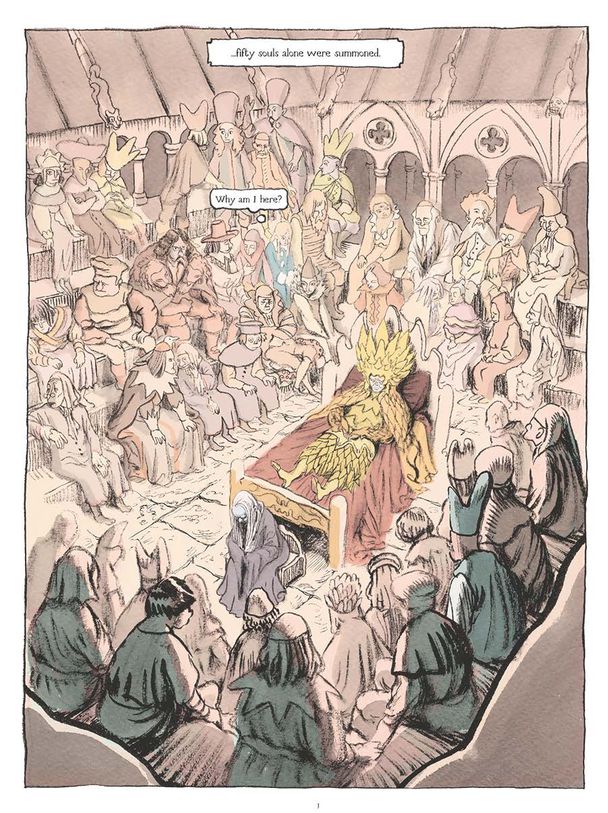 The first item to be addressed is the unusual title. An explanation is provided on the opening page. A geis is a specifically Gaelic curse that should not be broken. If it is, the consequences will be dire, and although it’s a while before the purpose of the title is clarified, it lives up to the foreboding definition.

Alexis Deacon’s fantasy story is set in motion when a ruling matriarch dies. The terms of her will as signed by fifty people are that they’ll participate in a number of tests to determine which of them will be her successor. Some are far more ambitious than others, but unfortunately for them they were unaware of exactly what they were signing. This is a fantasy world where magic is paramount and they are to be tested well beyond their expectation, indeed beyond their capacity to succeed, and the consequences of failure are fatal.

Visually, it’s a magnificent début. Deacon may be largely unknown to graphic novel readers, but has a respectable back catalogue as a children’s book illustrator working in a variety of styles. The closest artist to the look he’s employed for Geis is Christophe Blain. Deacon echoes his depth of visual characterisation, and supplies an additional richness to the scenery. A special strength is his ability to convince with movement, and the designs of the primary cast members are distinctive.

His story has the capacity to thrill, with an element of desperation about it, but it’s not entirely satisfying as eighty pages are a relatively rapid read. It might have been better published in its entirety rather than as that fantasy standby, the trilogy, with A Matter of Life & Death being the first volume. Deacon wisely chooses not to spread his attention around a cast of fifty, so seven of them come to the fore in this opening sequence, but most of their personalities lack the depth given to the art, being constructed around a single character trait. The cover figure is Io, who’s the most reluctant participant in the contest, and the most rounded of the cast, adaptable and tenacious. Perhaps others will blossom as the tale continues. In a world of magic nothing’s certain, but by the end of this book the overall cast look to have been whittled down considerably.

As with all Nobrow publications, the care and attention employed at the production stage ensures Deacon’s work is presented as its best. Io’s figure and the title are the only gloss elements on an otherwise matt cover, and the slightly off white paper stock effectively presents the chalk like effect of Deacon’s art.

If the writing doesn’t match the visuals, those illustrations remain strong enough to captivate independently, and Deacon has set something interesting in motion. That A Matter of Life & Death has already seen a reprint indicates plenty of people have been captivated. A Game Without Rules continues events with some now aware the competition is fixed.