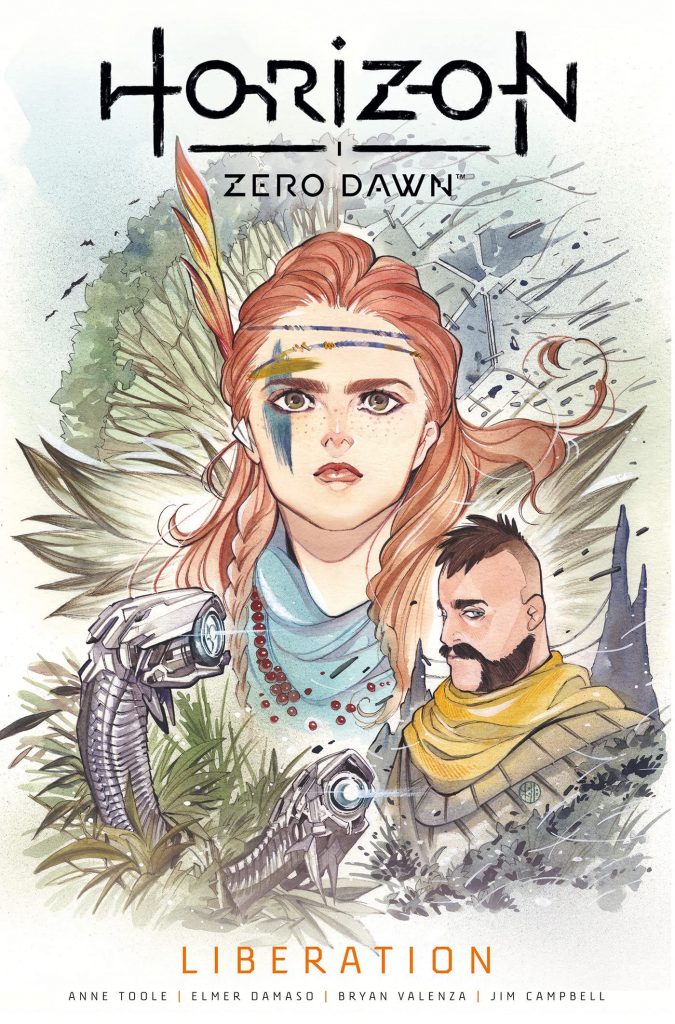 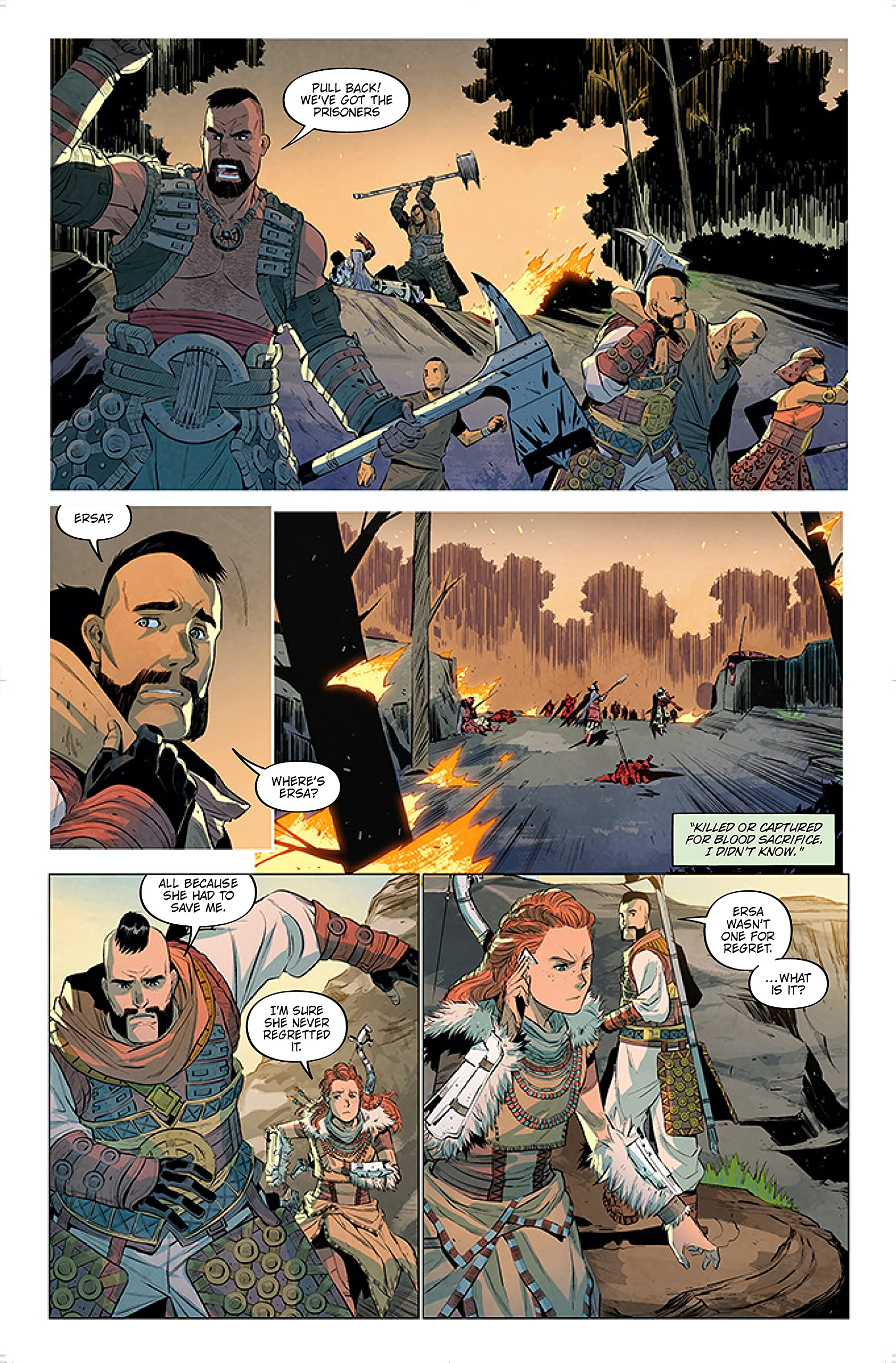 The Horizon Zero Dawn graphic novels explore the world introduced in the extremely successful role-playing video game set in a far future where society may be more idyllic, but there’s the constant threat of feral robotic animals. The Sunhawk focussed on Talanah, while Liberation takes Erend as the central figure, and follows him during some of the game’s critical backstory, the Siege of Meridian. We join him hunting for Korl, a killer who accompanied the man who killed Erend’s sister Ersa. On what proves to be an arduous journey Erend is accompanied by Aloy, and their quest is used as framing sequences for individual chapters telling a story set in the past showing Ersa’s courage and capabilities.

Anne Toole writes Liberation from Ben McCaw’s plot, both of them writers on the Horizon Zero Dawn game, and does so more skilfully than The Sunhawk. There the flashbacks were intrusive and didn’t greatly inform the story they interrupted. Here there’s a greater sense of two simultaneous narratives rather than one interrupting the other, and both plots are compelling. Ersa’s story involves long term captivity, while Korl is wilier than anticipated, using the tricks of his former master. “I can never quite figure you out”, says one of Ersa’s closest allies, but being involved in a flashback seals her fate. Hanging over her story is whether or not her instincts are playing her false. Everything looks to be going her way, but is she being led into an elaborate trap?

The Sunhawk was a weaker story, but elevated by incredibly lush cartooning. Elmer Damaso is good, but that’s hanging over his head, and he’s not in the same class. There’s slightly less detail, slightly less facility with the emotional content and conveying movement is a weakness. However, anyone reading this without having seen the previous book will have no complaints about what’s otherwise solid art.

A satisfying fantasy outing ends with a substantial gallery of the covers for the serialised comics in this collection. There’s some stunners among them, and it’s nice to see some supplied by the game artists.