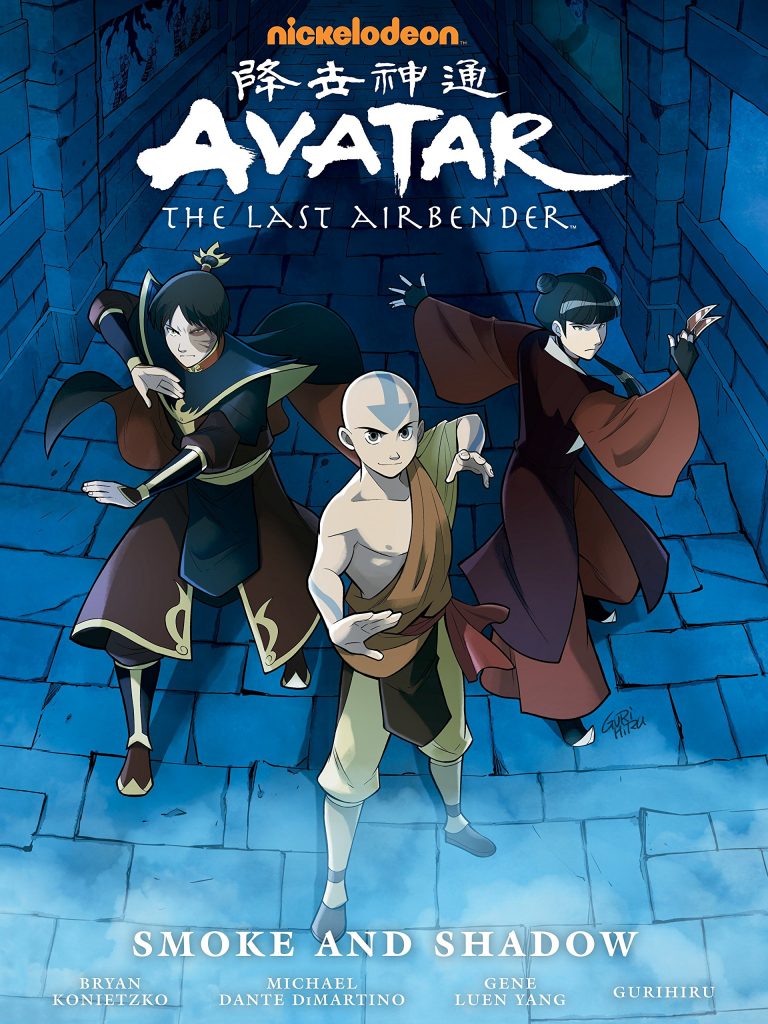 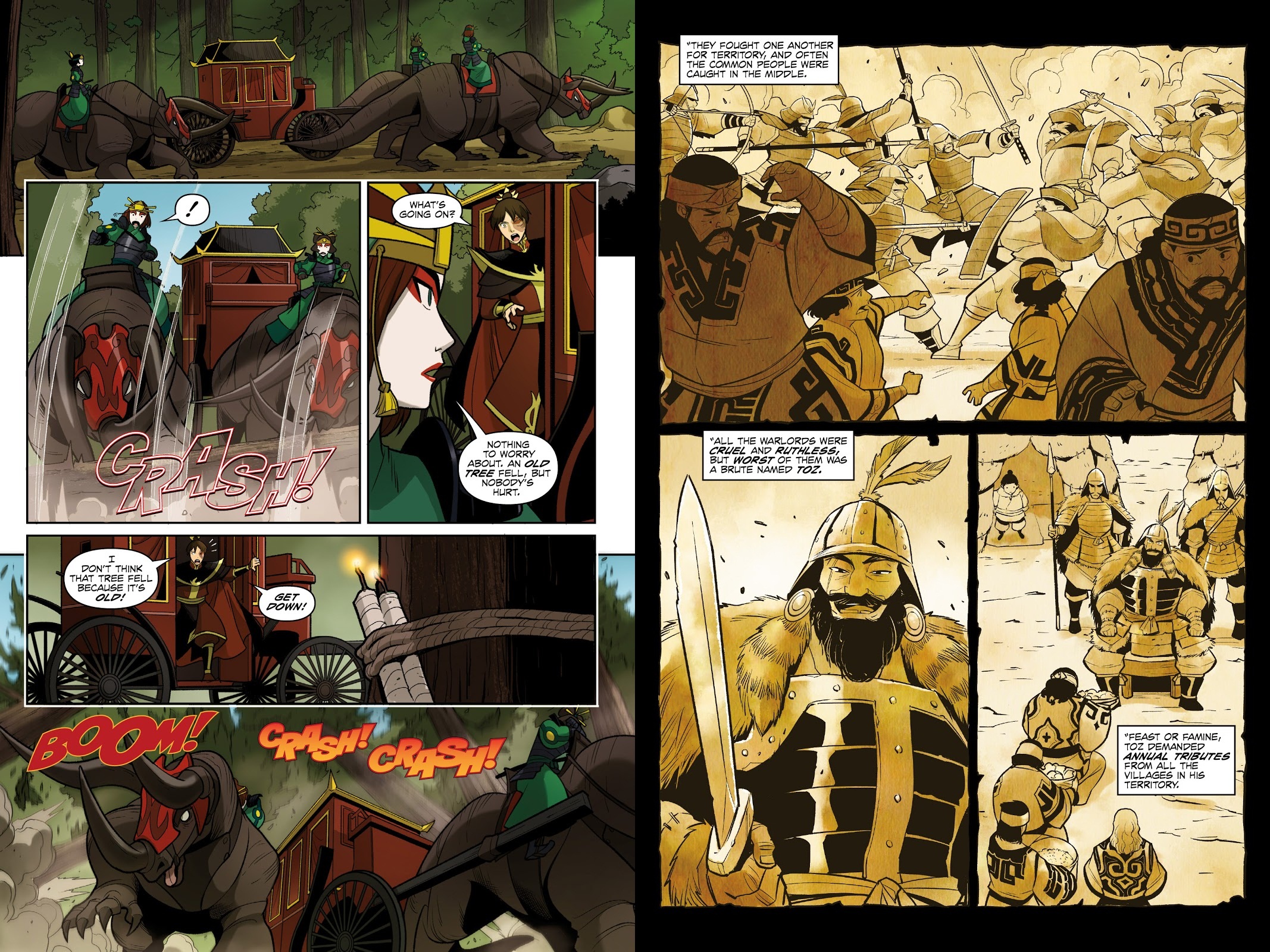 This fourth Avatar collaboration between Gene Luen Yang and Gurihiru continues the run of excellent stories they concoct together.

Of the four nations comprising the Avatar’s world, it’s the Fire Nation that’s been the most featured, and with Smoke and Shadow new ruler Zuko is once again put to the test. Although circumstances have changed, and he wants to chart a new course for the previously expansionist nation, it’s not an easy task to convince his people to stand alongside him. The New Ozai Society is named after the previous ruler, there are plenty behind their plans to overthrow Zuko and return to the old ways, and they have powerful new allies in the Kemurikage. Until their recent sightings they were believed to be myths, just stories told to keep children in line, not real abductors of children who misbehave. The political turmoil is particularly acute for Mai, whose father leads the rebels, and who recently ended her relationship with Zuko (see The Promise).

Despite the title, Smoke and Shadow is a more straightforward than Yang’s earlier Avatar stories. It twists and it turns, but there’s only really one real bombshell, nicely foreshadowed. That’s because Yang is tangling up some complex relationships, and it’s not until the end that we’re really sure where some people stand. It’s mixed with the subplot of Ursa returning home to the Fire Nation for the first time since her exile (see The Search), with all the feelings that arouses. This is a darker story than any earlier Avatar graphic novels, and with such a strong emotional brew on offer Gurihiru’s visual subtlety ensures it doesn’t all descend into melodrama.

Some parallels can be drawn between events in the Fire Nation and those in the USA at the time the story was created, but Yang warns about trading freedom for security without overplaying the statement.

If you prefer, Smoke and Shadow is also available spread across three slimmer paperbacks, beginning with Part One. A third of the way through these pages Katara and Sokka plan to return home, and they begin their trip in North and South.