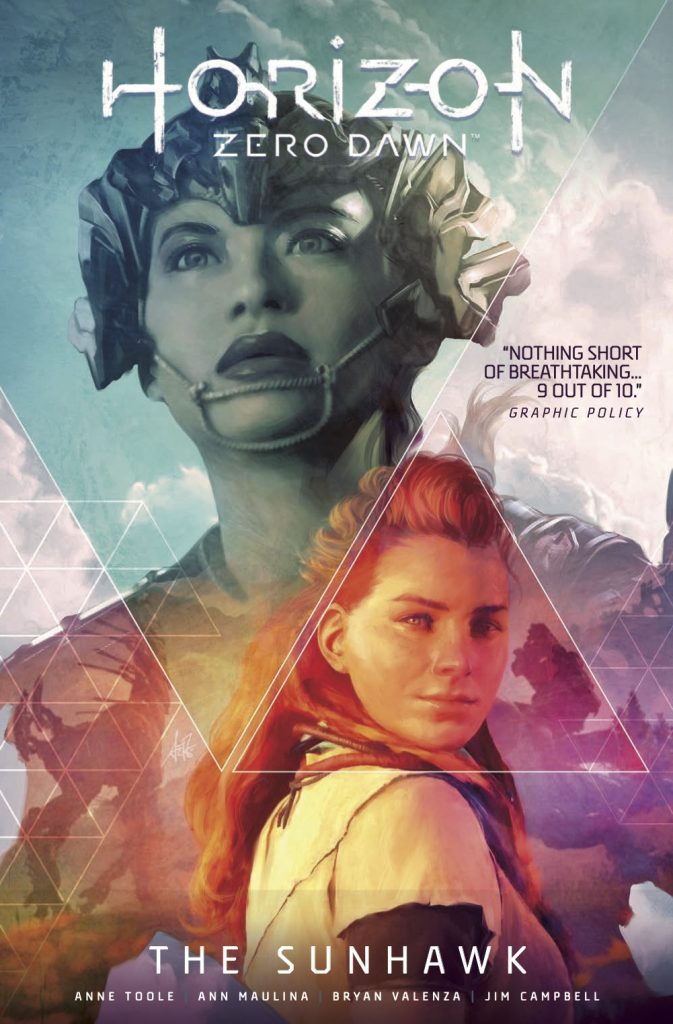 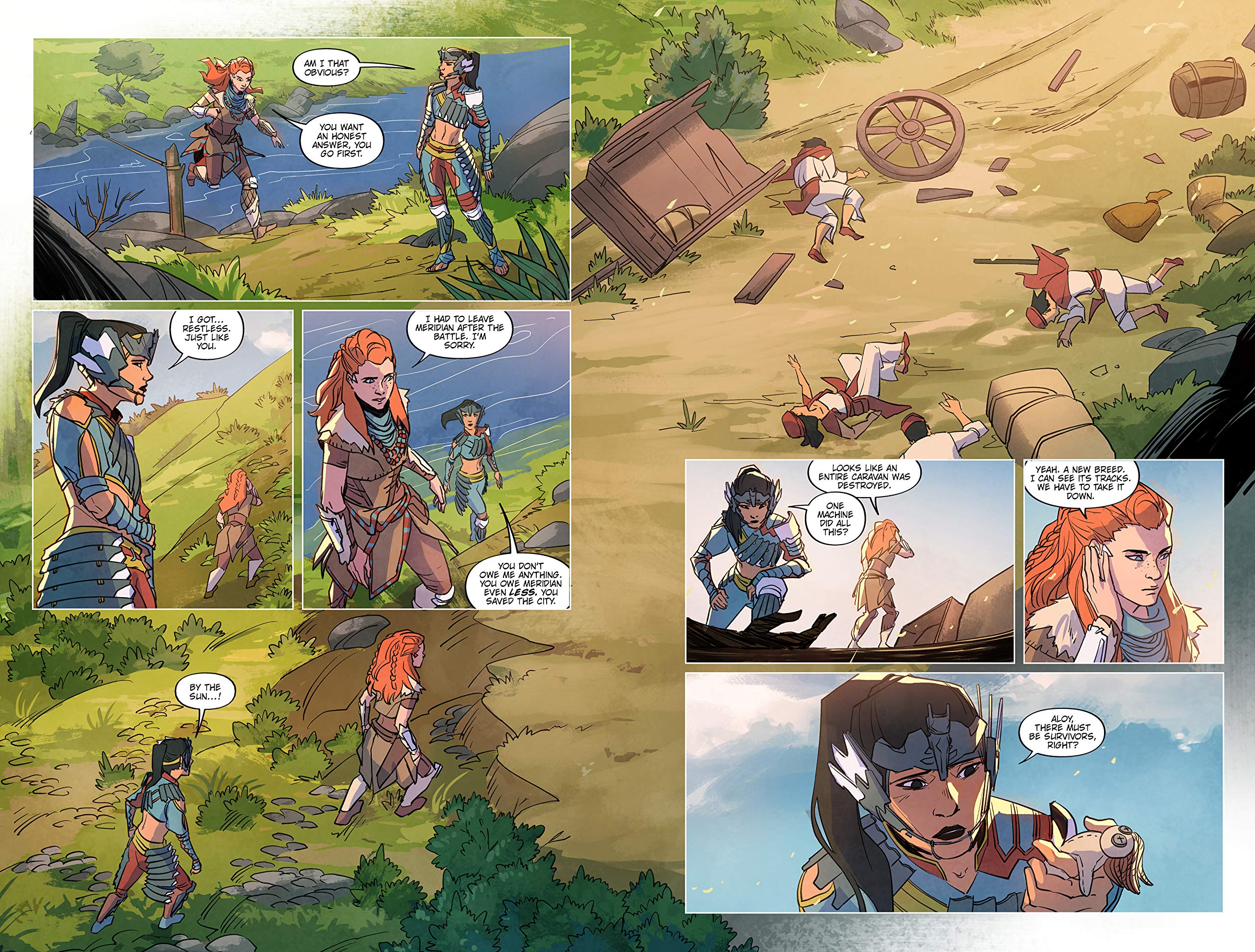 Titan are pretty well number one in a field of one when it comes to graphic novel versions of video games, but few of them can have looked as lush as Horizon Zero Dawn: Sunhawk. That’s all the more remarkable for artist Ann Maulina having come to the attention of the game producers through submitting art to a fan forum and this being only her second major work. Writer Anne Toole’s path has been more conventional, a contributing writer to the HZD game, primarily on the sequences featuring Talanah, the main character here. Introductory pages bring readers up to date on her environment and circumstances.

Toole and Molina don’t adapt the game play, but take the opportunity to explore a post-cataclysmic world where robotic animals are a constant threat to the remaining humans. It’s hoped the influence of Pat Mills and Kevin O’Neill’s Metalzoic has been given due props somewhere along the way. Talanah opens the story having played a major part in overthrowing a menace, but the assorted lodges are still bickering, and not everyone appreciates the art of the Sunhawk hunter. “If you really wanted to help you would leave”, Talanah is told early, “and take your friends with you”. That’s really not an option with a new black breed of robotic creature now manifesting.

Instead of opting for the airbrushed ‘realism’ of the game art, Maulina draws everything in a decorative cartoon way, providing the lush country scenery cemented by Bryan Valenza’s colouring. She takes equal care with the complexity of the armour worn by Talanah and others, and the complex designs of the robotic creatures, given a suppleness convincing they can move at speed despite metal plating.

While Toole’s story is absorbing, and supplies scenes with Aloy, the game’s lead character, it’s structurally clumsy, a third of the total some form of flashback, these introduced during conversations. While those dips into the past have a sympathy-bolstering purpose, it’s a device too often used. The events taking place in the present feature mystery and betrayal along with the permanent danger of new creatures, that element providing exactly what’s expected. By the end Talanah is a little more experienced, and readers have learned more about her society, so all satisfactory. Explanations are present, and the characters draw in the readers, so this is a nice looking graphic novel that can be enjoyed whether or not you play the game.

A bewildering array of covers to the serialised comics round off The Sunhawk, ranging from 3D style computer paintings to traditional cartooning. They make for a contrasting selection of artistic talent.