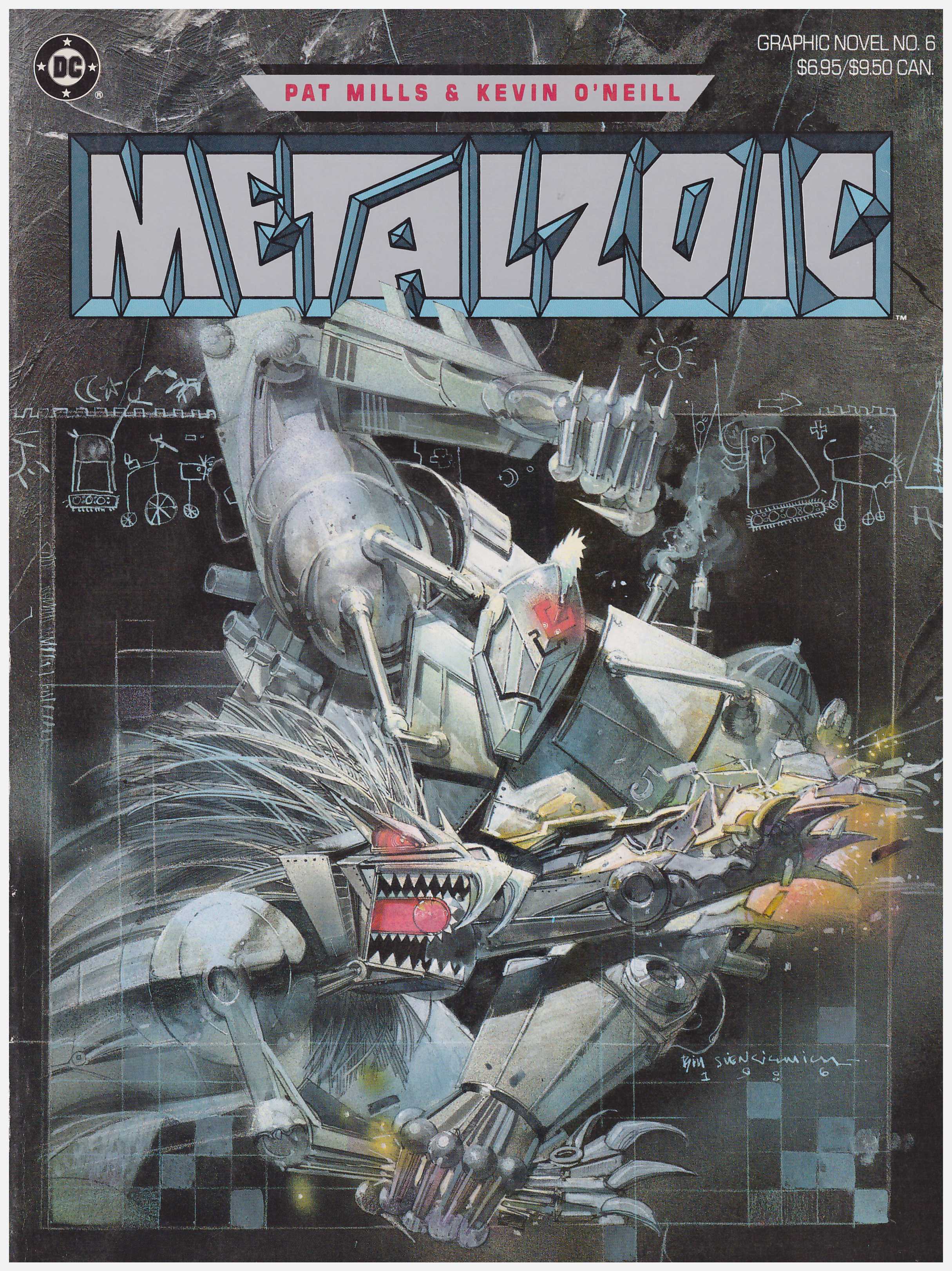 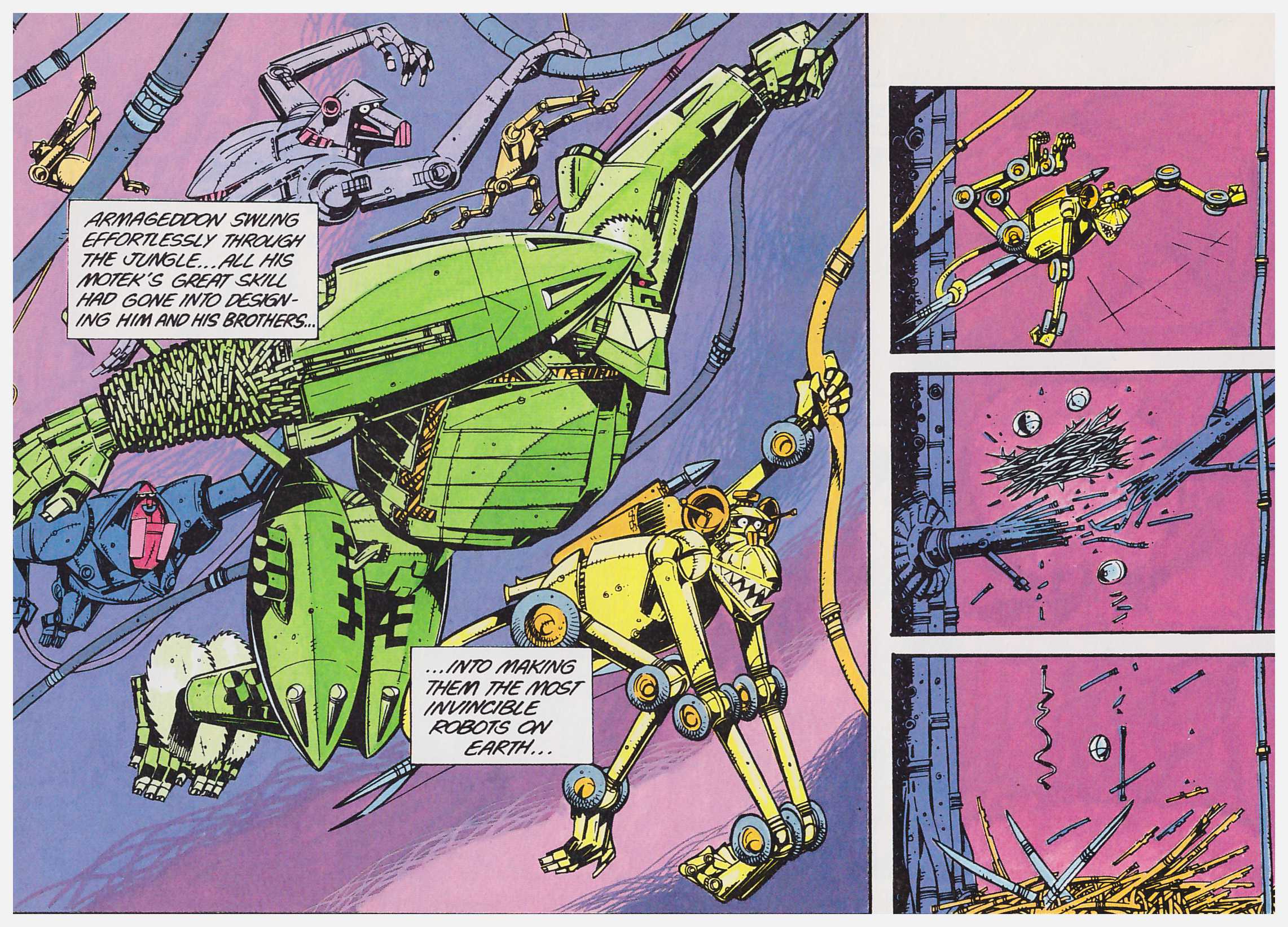 In many of his 2000AD stories to 1986 Pat Mills had skirted around the edges of establishing a robot mythology. Freed from the shackles of weekly episodic publication he was finally granted the opportunity. Metalzoic, you see, is not a character, but a geological era.

The Metalzoic era occurs after earth’s magnetic core has reversed polarity, resulting in cosmic rays no longer being repelled. The results almost wiped out humanity, while scavenging groups of robots survived, restoring themselves when required from rocks and salvage scattered around the planet. Armageddon is the brutal leader of a small tribe, having removed mollifying elements of his robotic brain to strengthen his survival instincts. Feared by his people, there’s unrest anyway at their static vulnerability. Armageddon, though, has faith in a prophecy that they will rule the planet once the wheeldebeasts return.

Wheeldebeasts are but one of artist Kevin O’Neill’s many extraordinary robotic representations of familiar animals, in this case elephants. They’re vast compared with the other robots, giant tusked creatures rolling in single file on tank tracks, belching smoke and with eyes that illuminate several dozen yards ahead. One of the most memorable visual sequences in the book comes early as the wheeldebeasts cross a frozen section of sea inhabited by robotic sharks. Armageddon is a form of robotic gorilla, his tribe assorted other apes, all of them stunningly illustrated by O’Neill. Technological improvements, though, have overtaken his flat colouring.

In attempting to replicate the scrappy quality of myth and the believe it or not element of faith, Mills‘ story is sparse, and none of his characters are sympathetic. Whether this is due to their nature or programming is an element never explored. Not that the few humans remaining are endearing either, and the lack of anyone to care about is to the detriment of the story overall. 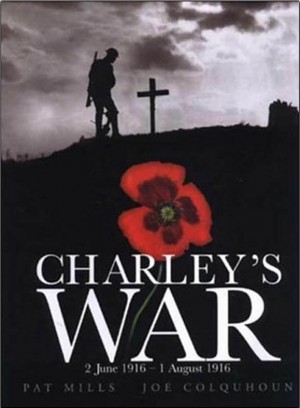 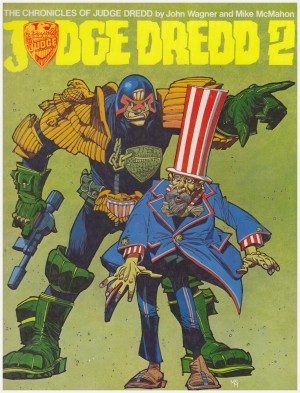