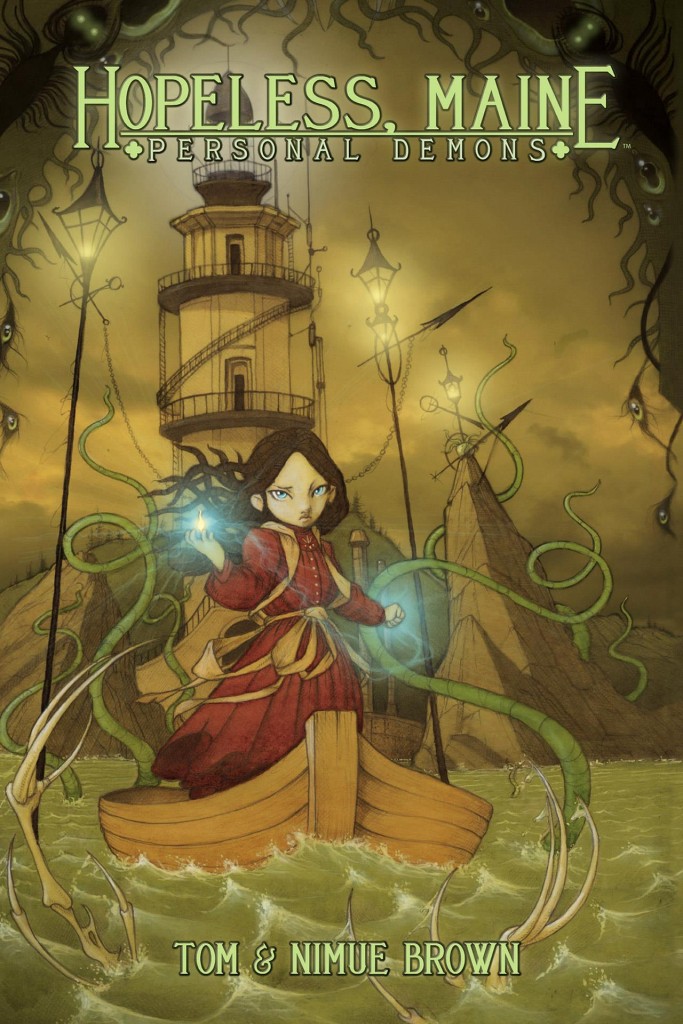 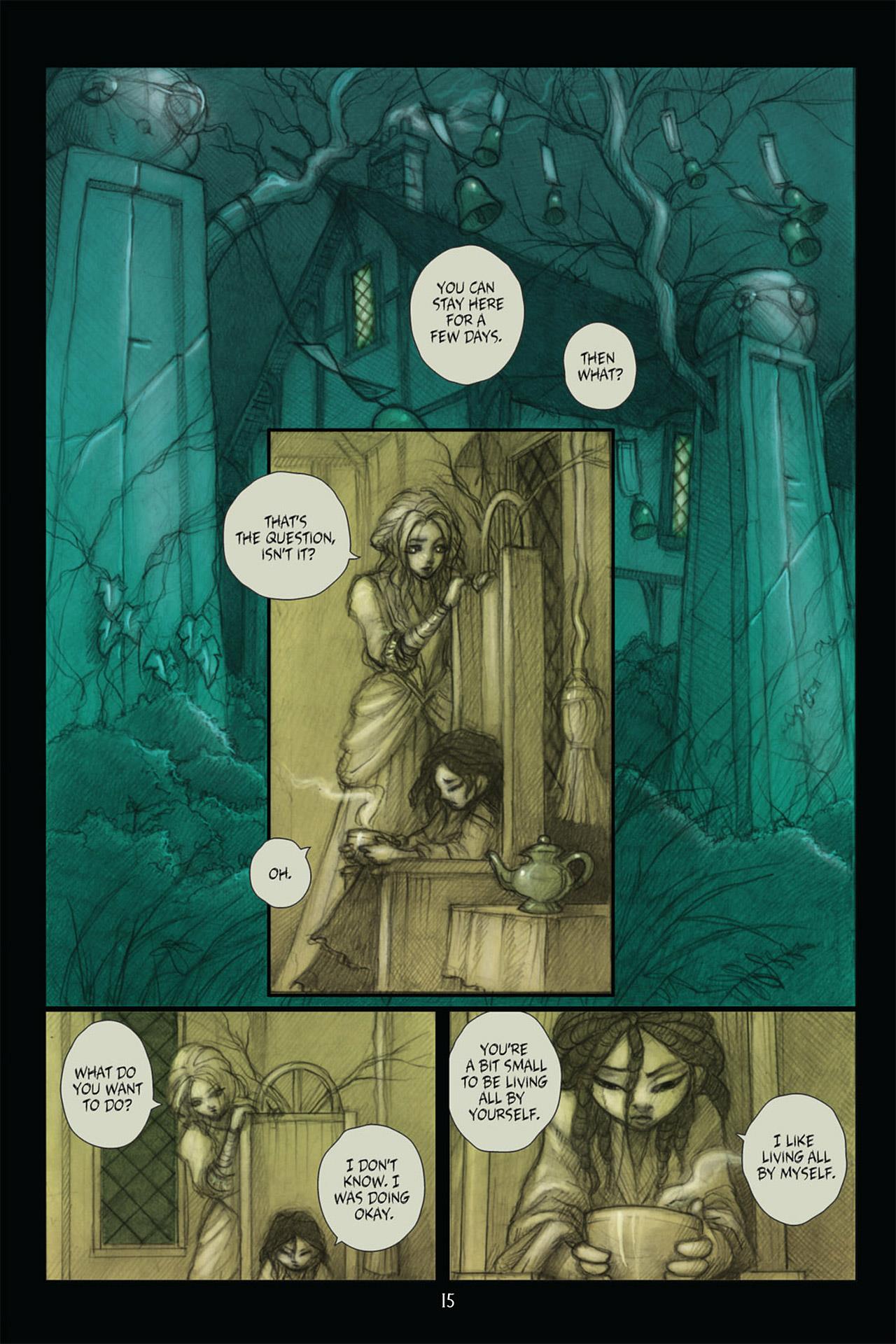 There’s an all-pervading gloom and persistent impending threat infusing the pages of Hopeless, Maine. There’s also a gothic gloss as young orphaned girl Salamandra is rescued from a frankly appalling house in which disembodied speaking mouths lie pinned to a table, and delivered to an imposing orphanage. Salamandra, though, has resources at her disposal, revealed as her story continues.

Tom and Nimue Brown plot together, and Tom then illustrates. His style is decorative within the parameters he’s set for himself, and his characters big-eyed children to induce the maximum empathy as their lives are frequently threatened by other-worldly entities, indicating the ambiance of H.P. Lovecraft. This is reinforced by the period setting in a form of repressed late 19th century society, with its formality and structures.

For all that, Hopeless, Maine, is very much the prolonged tease with no great pay-off. Phrases such as “It’s getting dark”, “I feel like I’m being watched” and “creepy place” constantly recur in the dialogue in order to perpetuate the atmosphere, but Salamandra is frequently imperilled with no real purpose. This takes an age during an extremely lumbering plot in which variations of the same scene are replayed, and the threats built up all disposed of with relative ease. It’s all well and good ensuring the correct atmosphere, but when the solution to the primary problem is delivered it’s very matter of fact and certainly not worth anyone’s while having worked their way through 110 pages to arrive there. It’s odd as the horrors of the opening chapter indicated far more fertile minds at work.

Enough people were satisfied, though, to ensure a sequel, Inheritance. They’d have been better off investigating Ted Naifeh’s Courtney Crumrin series which mines the same territory infinitely better.