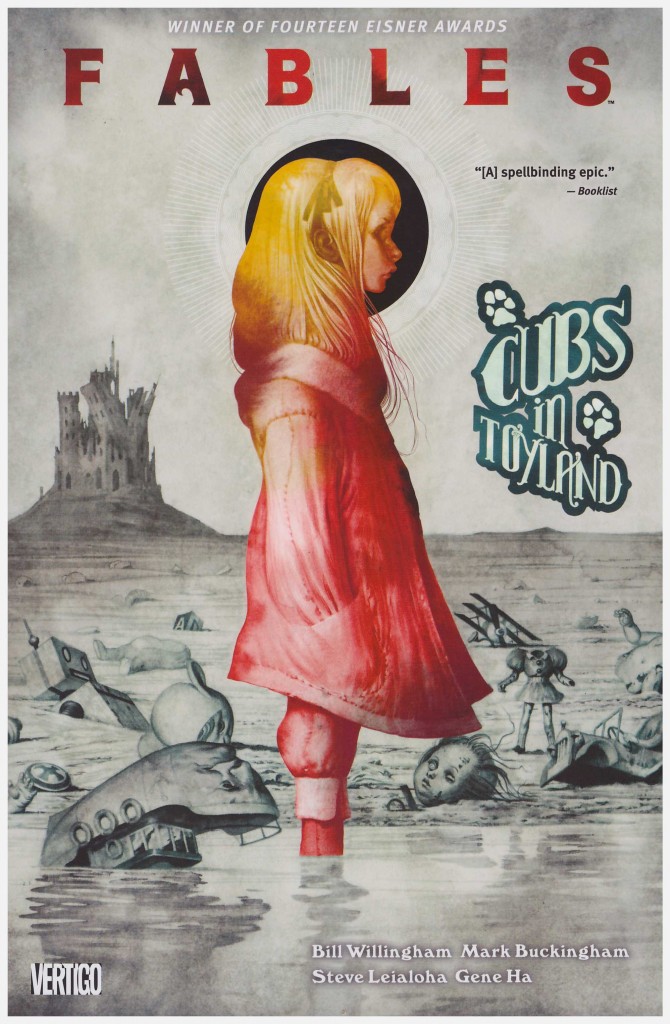 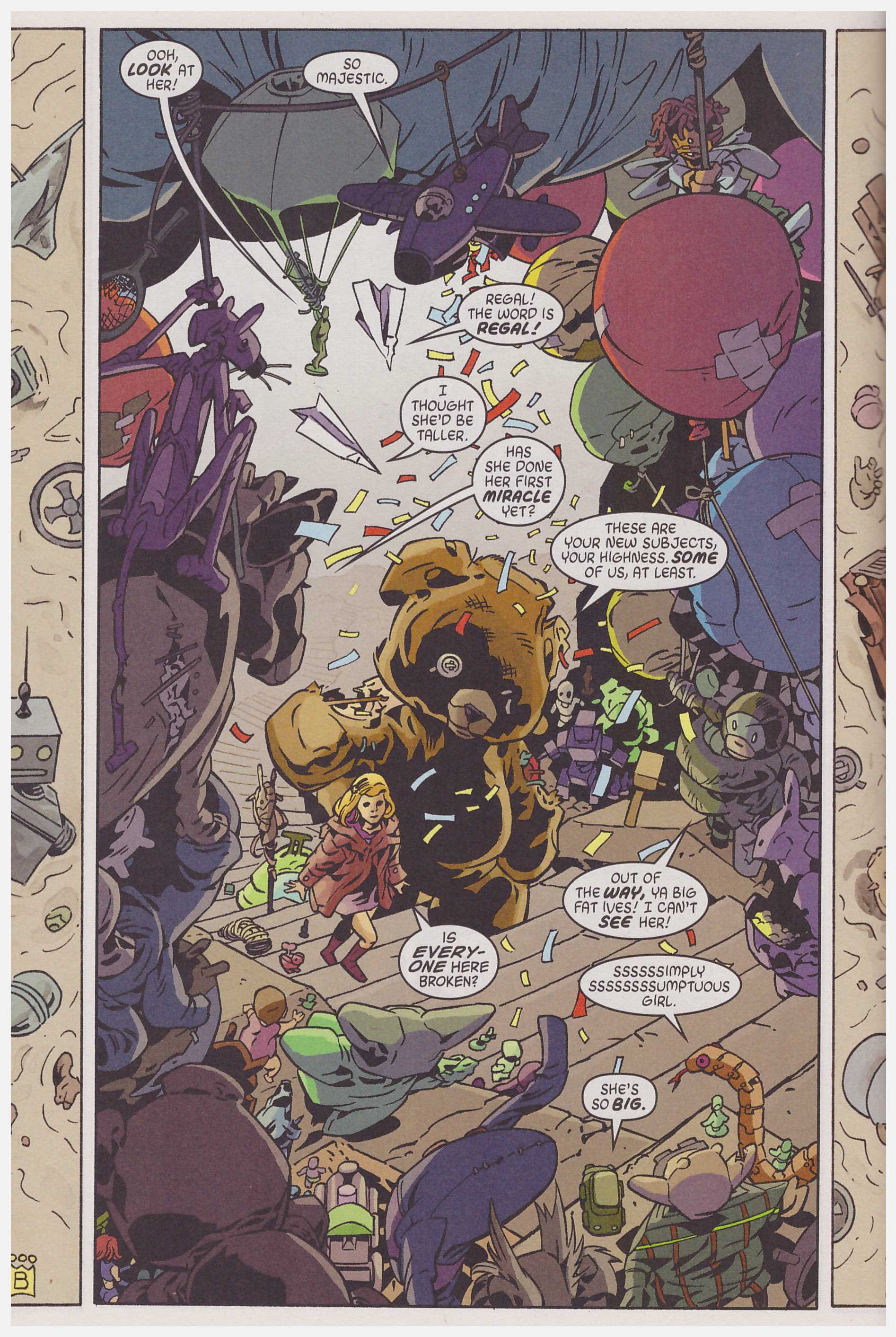 Don’t be fooled by the cheerful title as the gloomy cover provides a far better indication of what lies within. This is as bleak a story as has appeared during the Fables run, yet there’s still a reason the number of Eisner Awards increases every time it’s strapped across the cover.

In the previous volume Therese, one of Bigby and Snow White’s children was presented with a brightly coloured toy boat for Christmas. She’s none too fond of it, but when it talks to her and informs her it’s time to leave, she does so with little hesitation, and ends up in Toyland. It’s not, however, the magical place of myth, but something that’s changed over the years into what’s now called Discardia where the toys no longer loved end up. And over the chapters there are some ghastly secrets are aired.

The prophecy about Bigby and Snow White’s children continues to bear truth in this volume, as the compromises made in the face in of peril take effect and some true characters are revealed. One child lives up to what they’ve always assumed they are, while another reverts to selfishness. It’s grim, it’s desolate, it’s without respite, and it’s ultimately tragic on several accounts. Any accusations of Fables being too sentimental and crowd pleasing are cast well out of the window here.

What renders Cubs in Toyland even more disturbing is that Mark Buckingham illustrates the entire tale with his usual clean style, despite the toys portrayed being decrepit and decaying. The gloomy palette employed by colourist Lee Loughridge plays a large part in sustaining the mood. Among the visual treats is a fantastic scene of a tiger shedding its skin, although this being Fables, the result isn’t what’s expected.

There is, though, a large problem at the heart of this story. It’s the idea of toys somehow being consigned an arbitrary notch on the goodness scale due to their participation in events over which they have no control. It’s compounded by an acceptance of this status, and it’s highlighted further by the following story being about how to avoid fate.

That’s drawn by Gene Ha in his elegant manner, and is, in some ways, equally downbeat, but actually better. There’s a glimpse at another of Bigby’s children as they narrate a story from his past, the return of the odd turtle with a world on his back from Inherit the Wind, and the introduction of the dispenser of fate, who’ll turn up later in the main Fables narrative. Without revealing the particulars, this story also drops a heavy hint as to how the major dilemma of the next volume, Snow White, may be resolved.