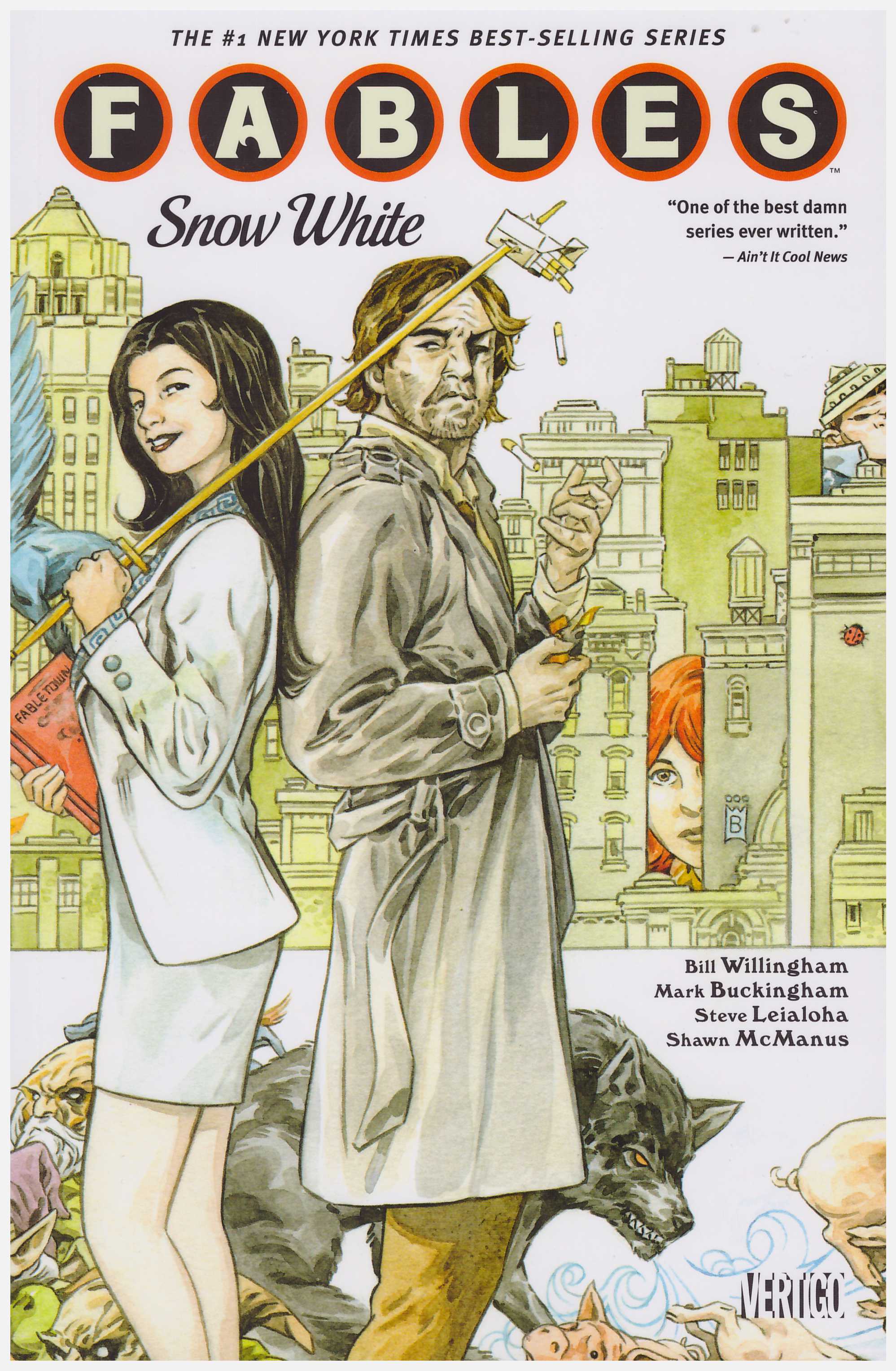 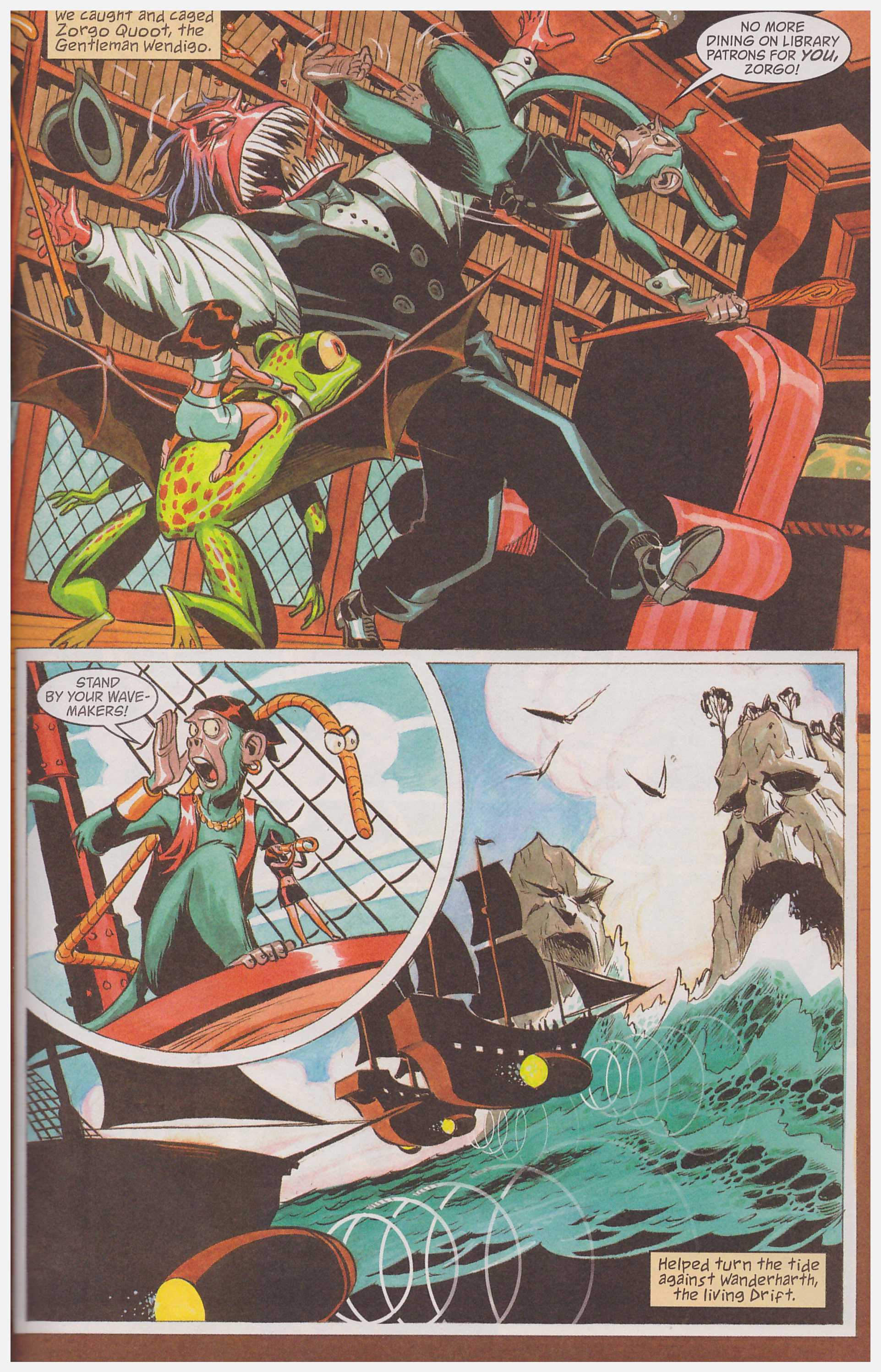 During the preceding volumes of Fables Bill Willingham has been varying his storytelling over longer sequences rather than restricting his changes to single chapters. Gloom was predominant Cubs in Toyland, and whimsy is the order of the day for the first portion of this collection.

When last seen in Inherit the Wind, Bufkin the former flying monkey didn’t appear to have much of a future. Willingham works his way out of that in ingenious fashion, and Bufkin continues his revolution in Oz, aided by assorted magical artefacts purloined from the nasty Nome King. With that all settled the narrative delivers the remainder of Bufkin’s life together with Barleycorn Girl Lily. Most of the story was originally serialised monthly in three page segments, and when gathered there’s a repetitive quality to events. Some pieces are charming, as is the art from Shawn McManus (see sample), but overall it doesn’t match the best of Fables.

It’s back to the more familiar storytelling methods for the remaining three-quarters of the page count. A character who’s been increasingly prominent over the past few volumes is Werian Holt, and as the Fables relocate to their modified version of Fabletown we learn who he is and what he wants. That’s Snow White, to whom he claims to have been married. Bigby is unable to intervene as events run concurrently with those in Cubs in Toyland, and he’s borrowed Briar Rose’s magical car (see Fairest: In all the Land) and is off travelling with Brock Blueheart to locate his children Therese and Darian. On his return he’s not a happy man, and he’s at the centre of much of the following volume, Camelot.

As ever, superlatively illustrated by Mark Buckingham, this sequence drops surprise after surprise, and several of the main cast appear to have problems in their future, not the least Gepetto as the Blue Fairy has returned to claim her due. Willingham moves the cast about his board in very satisfying fashion, and interestingly most of the story is narrated by Ambrose, using stories from Fabletown that he writes in the future.