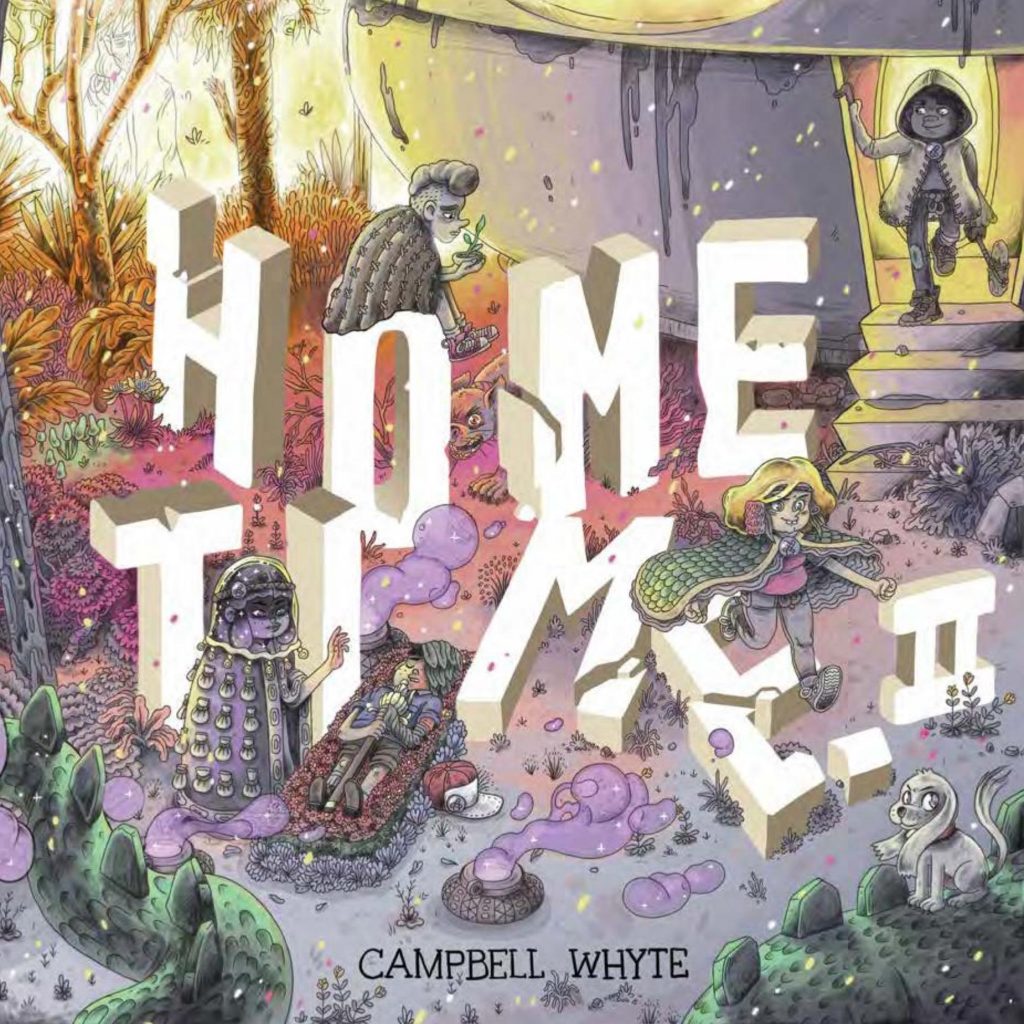 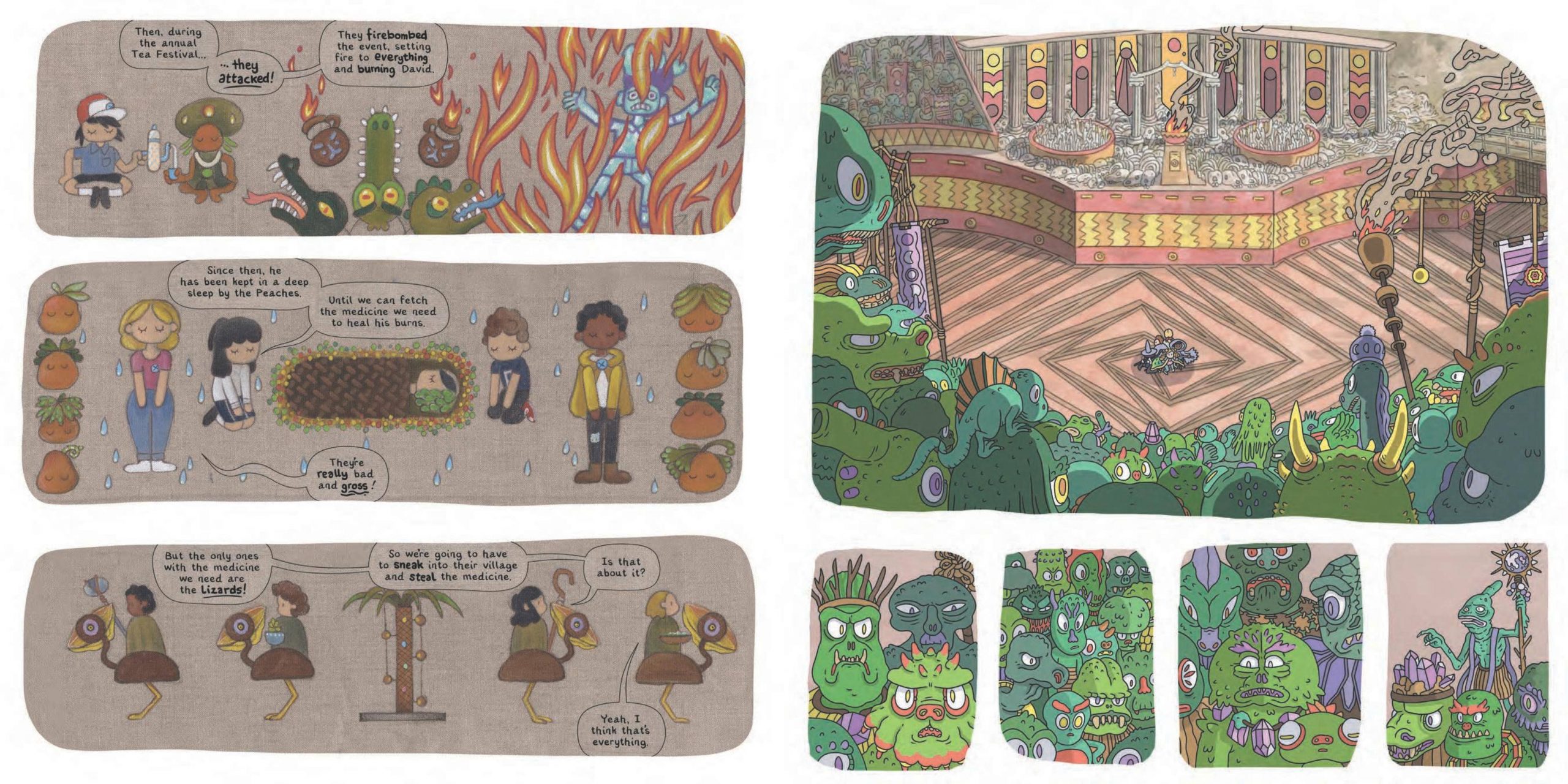 Home Time: Under the River was an engaging fantasy in which a group of young children found themselves in another land and had to cope with the challenges found there among slightly smaller beings who refer to themselves as Peaches. It showed how they all fell relatively easily into new, powerful roles, and ended with one of them left in a coma that could become permanent. The remainder have a plan to rectify that.

Campbell Whyte has applied a greatly imaginative conceptual density to the way the Peach society works and what’s possible on their world, but there’s a feeling that Whyte’s trying to cram too many of his ideas into the opening quest of this sequel. There’s a sense of marking time as Lilly and Nathan set off to find a cure for David’s condition, as they’re beset by all kinds of threats and problems that don’t really have greater relevance beyond delaying them. Home Time only begins to coalesce again when they’re captured and the revelations resulting from that.

That noted, Home Time presents a world that sucks readers in until they’re immersed, and is best read a little at a time rather than rushed from start to finish. Those ideas are packed in, and there’s a long way to go, so rushing ahead means missing nice small details, such as how much of Home Time is infused with forms of Australian culture and wildlife. A big surprise is the introduction of other people from Earth, and around halfway that leads into a revelation explaining why the Peaches were so convinced the children were prophesied when they arrived. It’s a great plot bomb, but diminished a little if it’s a been a while since you read Under the River and can’t recall all the details, as it’s not covered in the sample page synopsis.

The longer Home Time II continues, the more a dreamlike quality prevails. Whyte again switches his artistic approach from chapter to chapter, so things change visually, and he deliberately jumps between events and conversations. Sometimes there’s an explanation for what’s happened in between, and sometimes it’s left for the readers to join the dots. Ultimately Home Time concerns empowerment, showing a bunch of children becoming so much more than they ever considered they could be, even if that process is forced on them. Is Home Time then one long metaphor for puberty? You’d have to consult Whyte for that, as there are no further insights into his thought processes or methods after the story’s finished. That’s pleasing in some respects, as Home Time is open to interpretation, and that way each reader’s interpretation is their own, not locked in.

Something that is certain is that Home Time would be better packaged as one complete story instead of two books, as even with the synopsis new readers coming in here are missing much of the already established richness. From start to finish Home Time engages with the reader and prompts questions about the way we live, although never preaching. It offers, fun, diversity and adventure from a uniquely imaginative creator, and would sit well on any school or library bookshelf as a world waiting to be discovered.