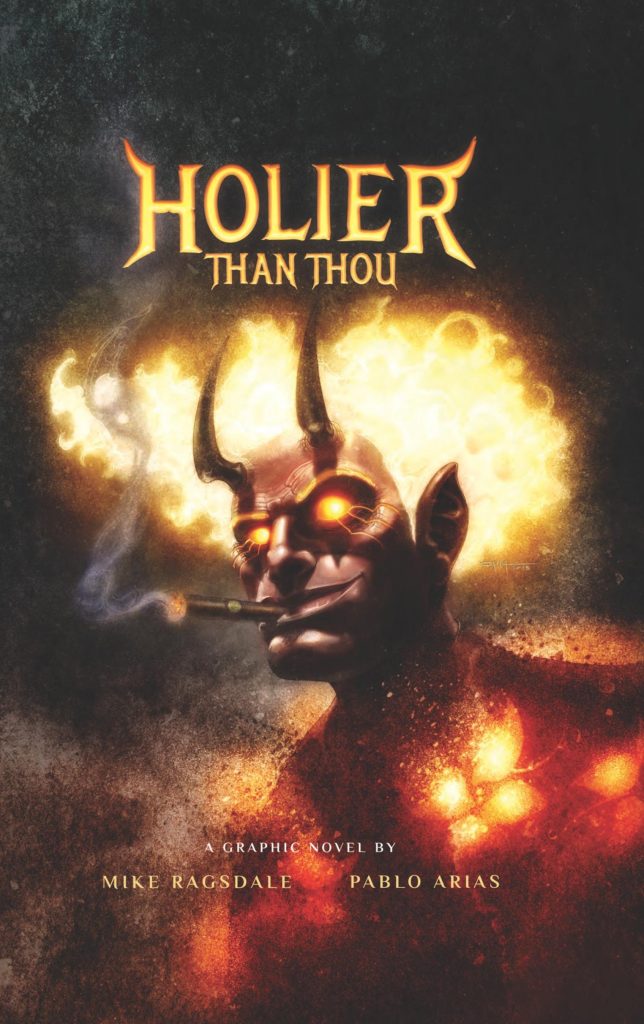 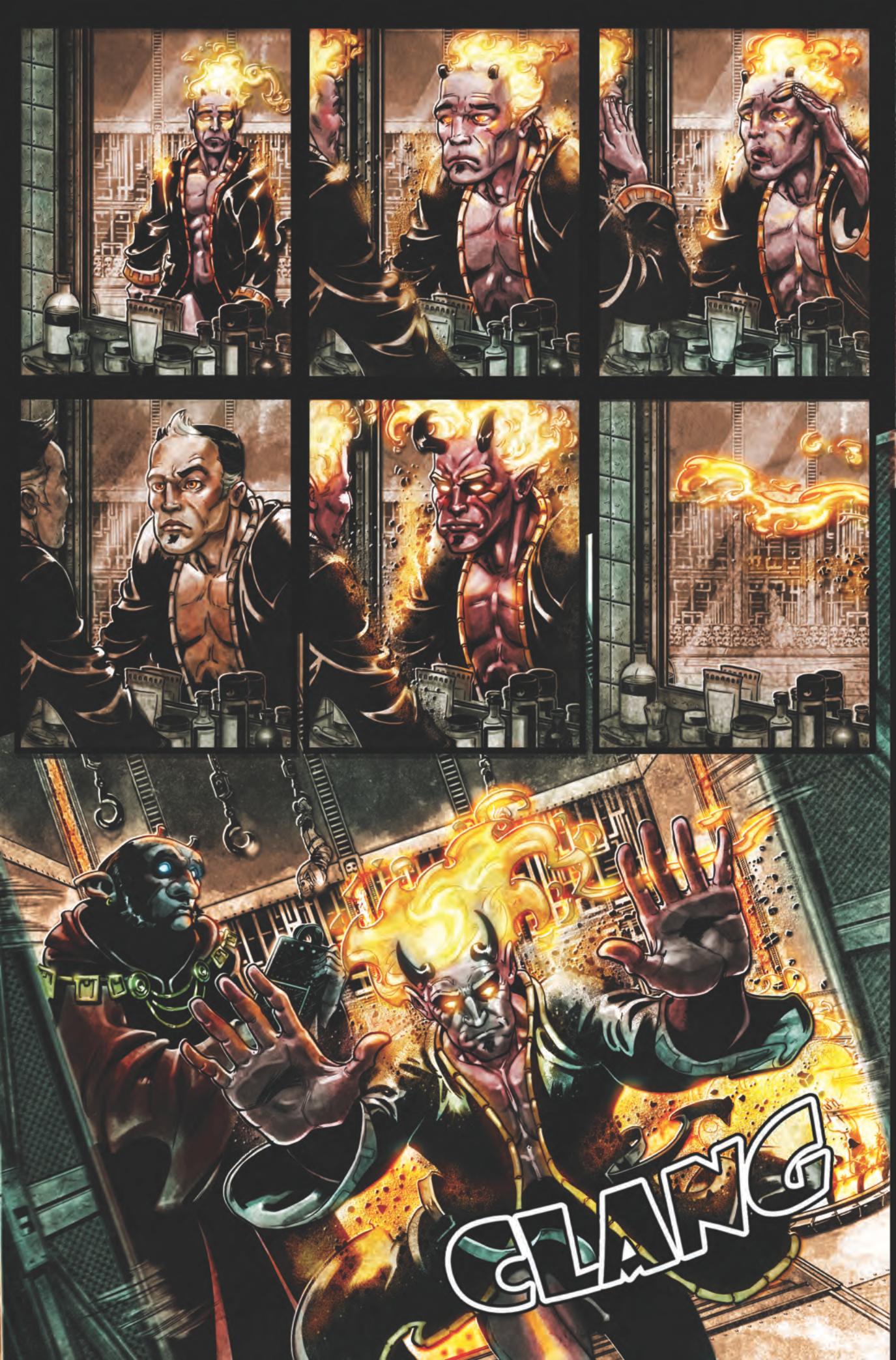 There’s a workable high concept plot at the heart of Holier Than Thou, sifted with some good jokes, a sense of comic timing, and some fabulous art. However, it’s also a squandered opportunity.

The concept is that Lucifer, Satan, Mephisto, whatever you want to call the guy who runs Hell, after millennia has his heart touched, and decides it’s time he mended his ways and he should make up for his deeds of the past. As Mike Ragsdale treats Holier Than Thou as a comedy, it’s a viable premise that whets the appetite. Yet it’s also rapidly apparent there’s problem with the pacing. There’s a basic understanding of how to tell a story in comics form, and certainly more than an awareness of the possibilities, but the knowledge of how to distil a scene to its essence is absent. It’s a problem throughout, with Ragsdale writing as if the end product is a film script rather than a graphic novel, resulting in sequences that would occupy a minute of screen dialogue extending over pages and pages. The first scene runs for 22 pages, and the second for another twenty, by which point it’s over a quarter of the way through the book, and all that’s been established is what’s disclosed via the first line of the back cover blurb.

Terry Prachett’s comedy fantasy novels are an inspiration. The setting, characters and sense of humour are similar. The ideas are good, the dialogue has a polish, and when a scene is more compressed it works well, an example being administrative representatives from Heaven and Hell processing the dead victims of a bus crash. Satan goes on a date, confesses his sins, and an incompetent Four Horsemen of the Apocalypse are unleashed, all of them excellently drawn by Pablo Arias. He’s great with detail, with expressions, with designs and with breaking down Ragsdale’s word heavy script. He’s also adaptable and has a decent comedic touch, ensuring that things don’t tip too far off the exaggeration scale.

By the time the story hits the final furlong it’s running out of steam, and with the apocalypse due it switches from comedy to bromance homilies. It’s a mistake. The plot’s been inflated to the point where some great payoff is essential, and what we get is two old dudes occupying fourteen pages hashing out their problems over a coffee or two at a downhome diner. The art’s good and the dialogue sharp, but beyond the viable basis, the plot is lacking.

Holier Than Thou doesn’t appear in Amazon UK or Wordery listings, but can be purchased directly from 30A.com