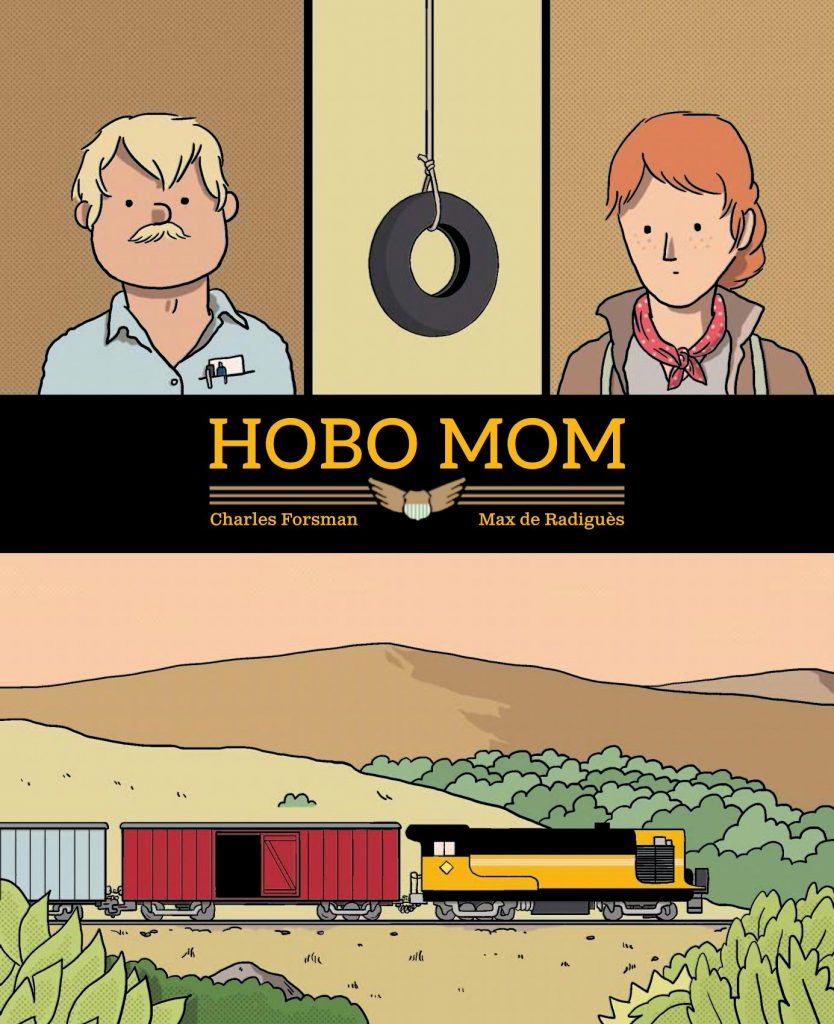 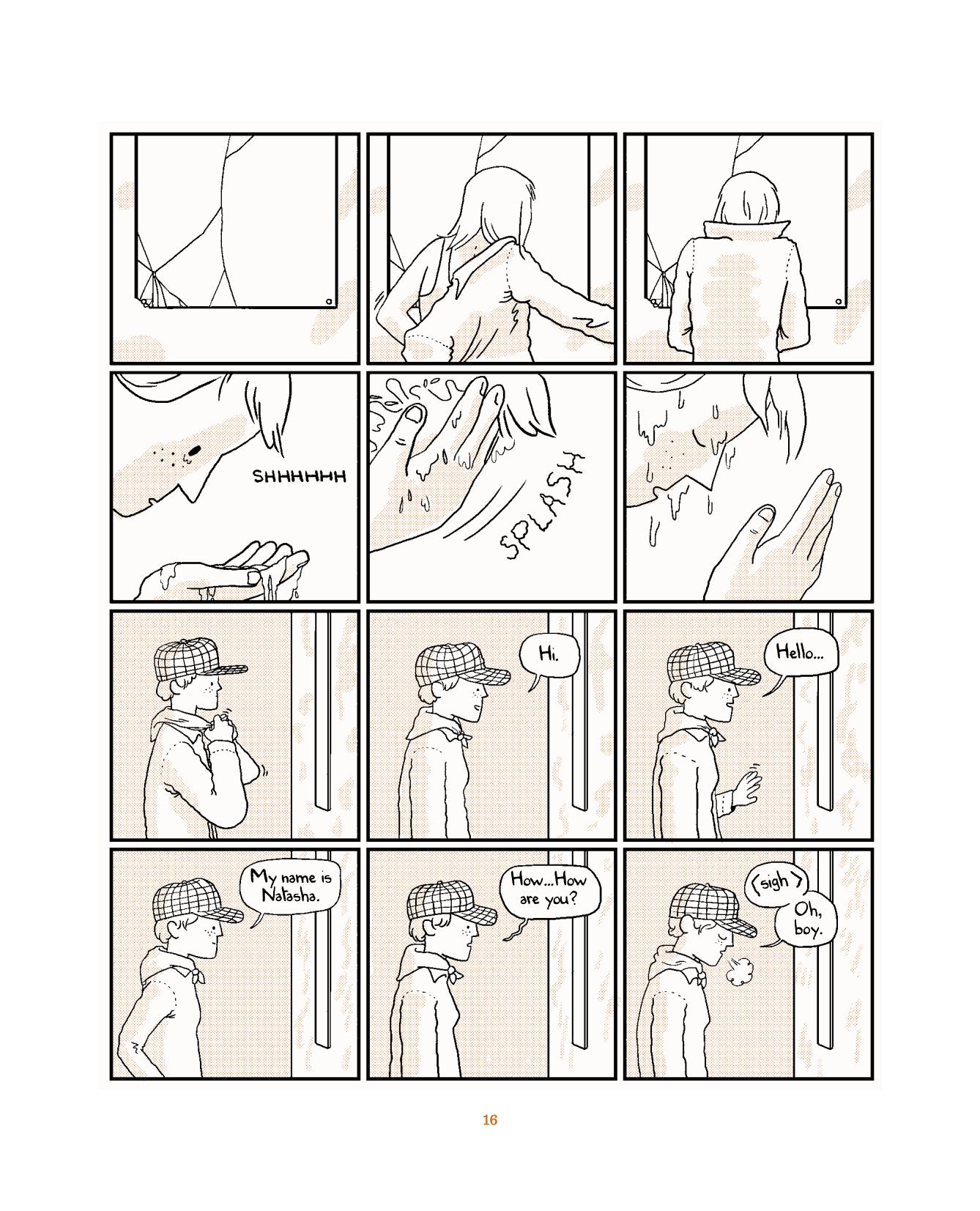 Earlier work by both Charles Forsman and Max de Radiguès has been highly praised on the Slings and Arrows site, and Forsman’s profile has been vastly elevated beyond the comics world with his TEOTFW being adapted as a TV series. A collaboration between the two ought to be something to savour. Is it?

It’s worth noting to begin with how seamlessly the styles of the two creators merge. Both take a flat cartoon approach, with only the slightest hints of shading indicating darkness or dark areas, and their joint work doesn’t break down easily into pages or chapters. It will take an experienced artistic eye to separate the panels, that being the creative intention.

Without the title, the jump between narrative points over the earliest pages would seem puzzling. Hobo Mum opens with a domestic family breakfast, any mother absent, before switching to Natasha in an empty box car on a moving train. She’s heading toward that family home, and after a fraught discussion and the plea of “I just want to get to know her” Natasha is able to stay for a couple of days. A promise of not revealing the truth is crucial. The cold, minimalist and largely emotionless cartooning is blessing in one sense, and if not quite also a curse, it drains the emotion from some scenes crying out for greater involvement or explanation. One example is Natasha’s return after so long prompting an emotional eruption in the usually placid Tom, but scenes of him looking longingly through an open doorway make the point without exploring it, reducing the impact. Also short changed is daughter Sissy conflicted and puzzled, although she at least escapes the minimalism for an honest reaction near the end.

The heart of Hobo Mum is the balance between duty and impulse. At what point can deserting the former be rationalised in terms of a need for freedom and independence? Forsman and de Radiguès are non judgemental, considering it an individual response, and neatly work in the analogy of Sissy’s caged rabbit. Not as well explained is the idea of Natasha’s lifestyle being that of the depression era rider of the rails almost a century after the fact. Although the clumsy insertion of an attempted rape would suggest differently, it’s a romanticism that sits ill besides the thought applied to the relationships otherwise. There are enough lonely modern day lifestyles that could have substituted.

It’s not perfect, but by most standards, Hobo Mum is very satisfying, just not as satisfying as the work of the creators individually.