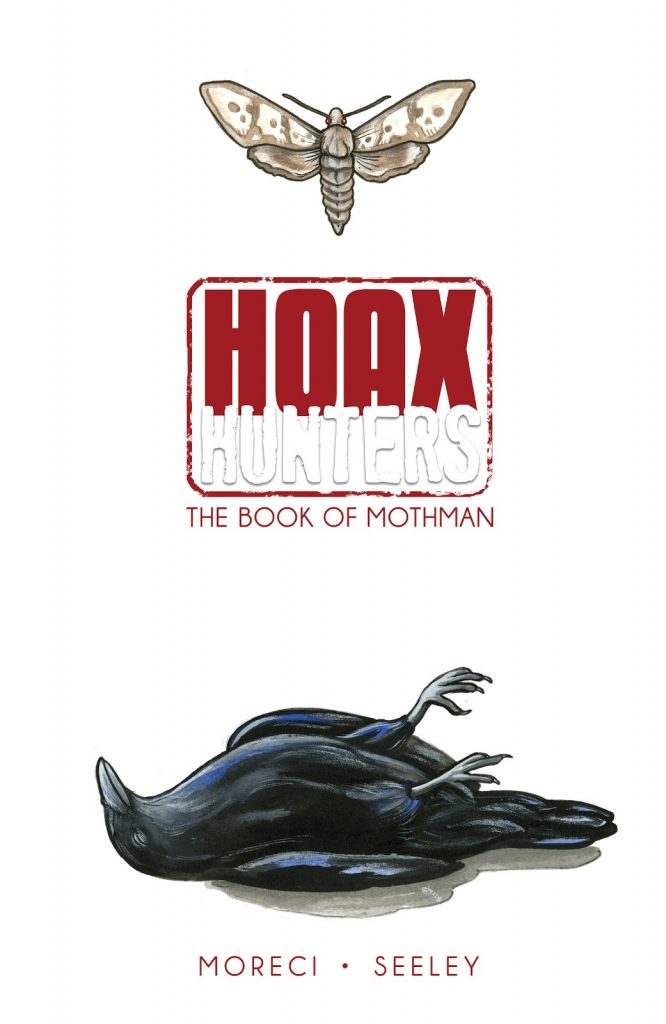 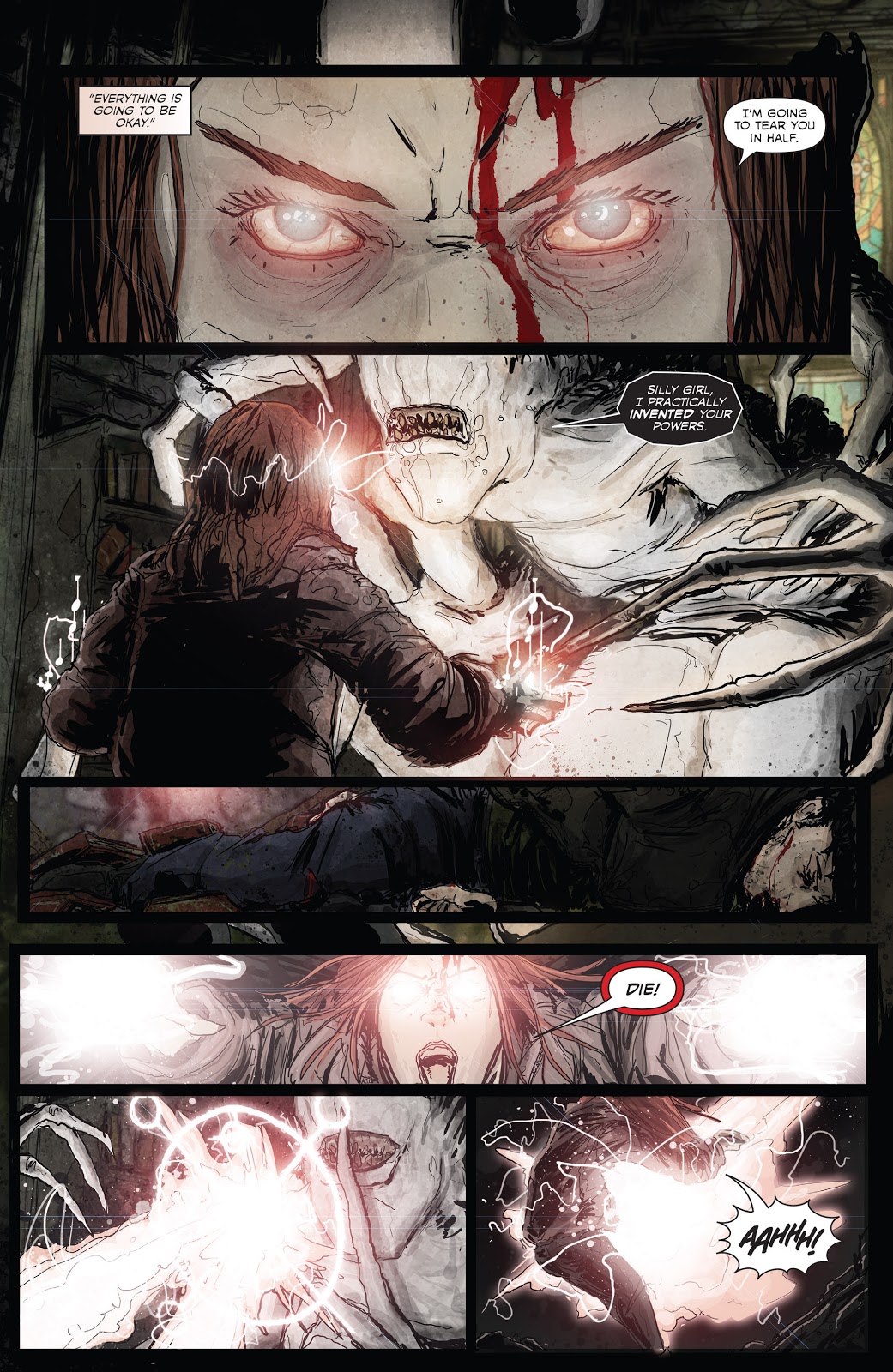 There’s a very different look to this volume of Hoax Hunters as the cartoon naturalism of Axel Medellin concluded in Secrets and Lies to be replaced by the more impressionistic, loosely defined work of T-Rex Jones. As well as changed technique, Jones tells his stories in extreme close-up, with barely a full figure to be seen, so this is a complete artistic contrast. It leads to a switch in the approach of writers. Michael Moreci and Steve Seeley drop the laughs and play The Book of Mothman straight as blood-curdling horror, rather than as a step into the supernatural as before.

They split the team into two missions. Regan accompanies Donovan to South America, tempted by hints that she may discover how her powers developed, but Donovan’s primary mission is to recover the book of the title. Along the way we’re shown glimpses of Regan’s teenage past. Jack, Ken and Murder are sent to the American heartlands to investigate a series of horrific killings, but whatever’s there upsets Murder’s equilibrium. The basic plots are strong enough, but how Moreci and Seeley have them affect the cast seems poorly judged and not for the greater good of the series. Donovan would surely have been better left as a sleazy and manipulative man of mystery than the person pouring his heart out, and Regan’s response to that is very random. While Jack’s anger and frustration has been building, where this leads also seems too contrived. Another element that doesn’t work is Donovan’s snarky comments about being ignored when telling the truth, whereas his previous provocative character knew fine the results his methods would have.

Jones’ artistic approach is valid, and he introduces some neat visual effects, not least distancing Ken still further by brightening his eyes, but his method of characterising in close-up fails to emphasise the most visual aspect of Hoax Hunters. Murder’s not best seen as just a helmet. Beyond that, the reason Jones draws in close-up is an awareness of where his art could improve, and character definition is weak. Much the same applies to Christian DiBari who draws the final episode, the season finale as it’s labelled. His art is even more basic, lacking the previous application of a style to disguise deficiencies.

All in all, after continually rising quality, no-one’s on form for The Book of Mothman, and the lead story is very disappointing. The book is rounded out with shorts by multiple other creators. Tim Seeley and Clint Hilinski begin by presenting the Hoax Hunters as an Image Comics style superhero team of the 1990s, and the remainder are a mixed bunch, some with very poor art, with the emphasis on humour. Of the better strips, Bill Murray is investigated, TV show host Ben Hansen guest stars in a good piece by Moreci and Brian Level, and Regan interviews a certain mild-mannered newspaper reporter about his connection to Supreme Man.

Hoax Hunters continued beyond The Book of Mothman as a five issue comic series from Heavy Metal, as yet uncollected as a graphic novel.