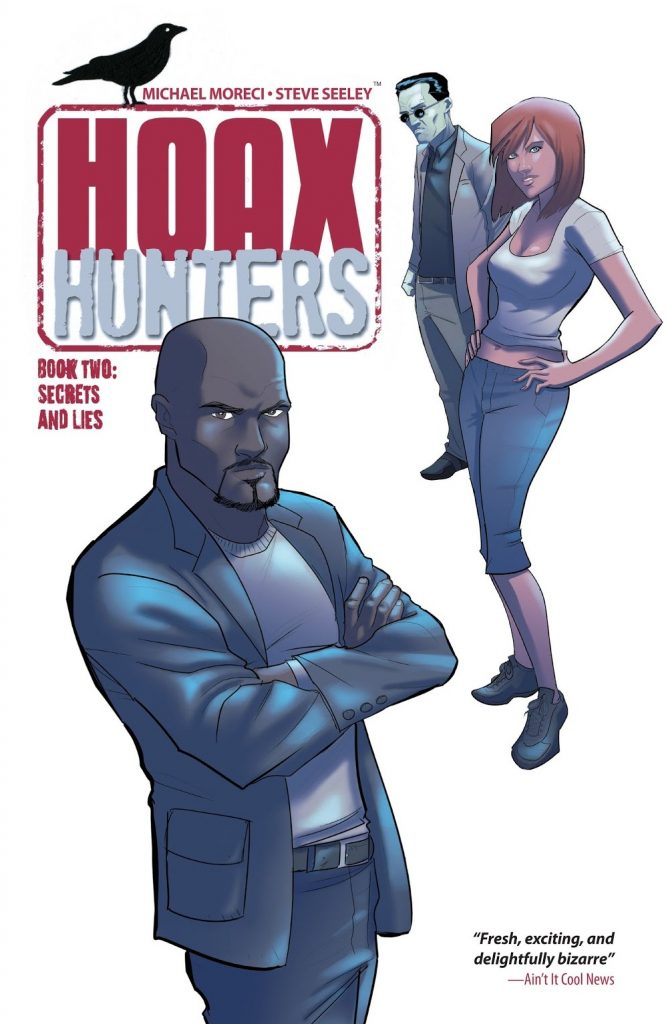 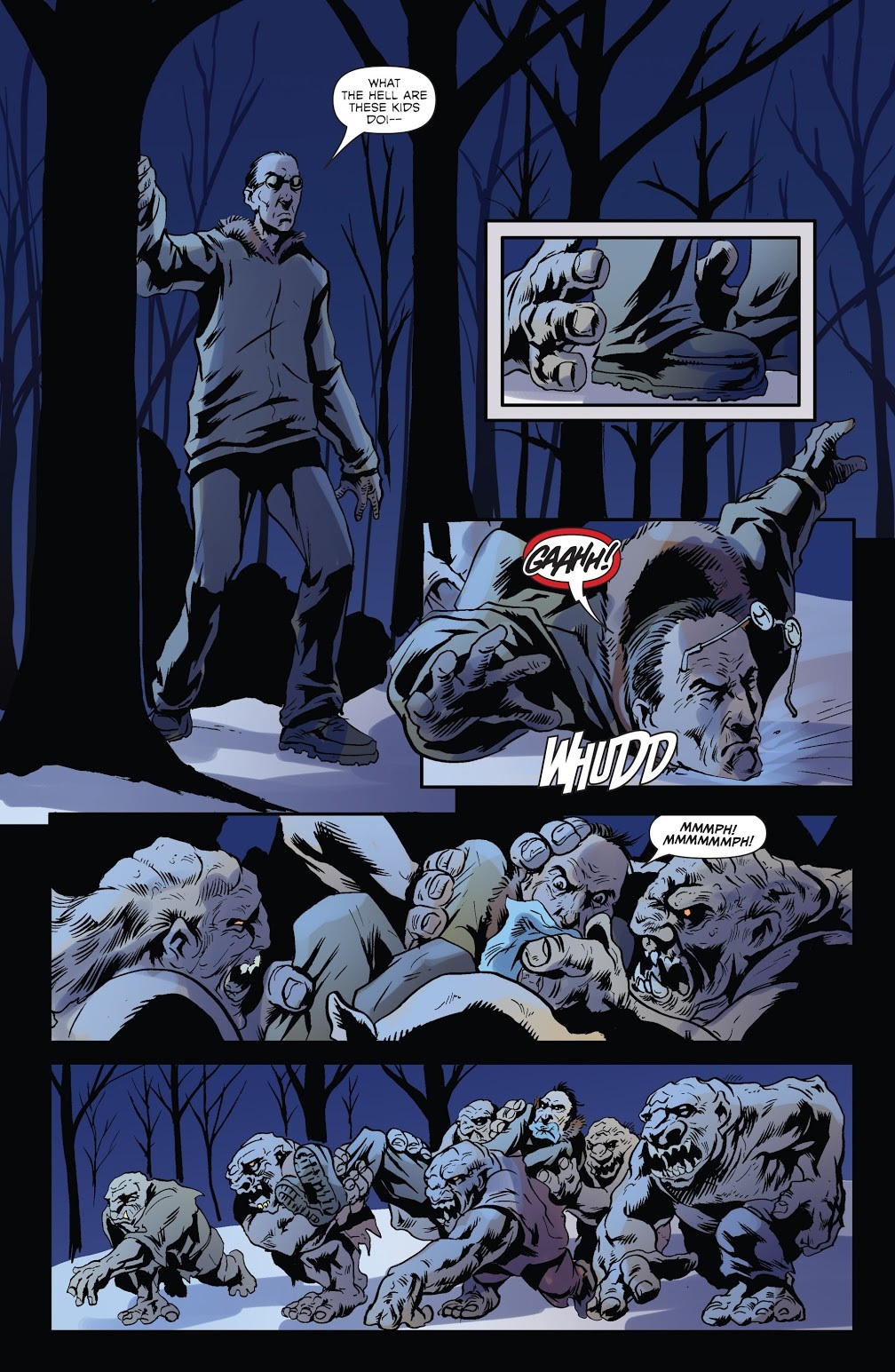 Writers Michael Moreci and Steve Seeley’s background for Hoax Hunters is that the public face is a TV series debunking Fortean myths, providing comforting explanations for the inexplicable. The truth behind it, though, is an organisation containing the threats from beyond. It’s a concept that didn’t gel until the final stages of Murder, Death and the Devil, but works just fine here, beginning with an opening story of the team called out on being government stooges.

During the course of that we learn how Ken Jeffries, the animated corpse (not zombie), became part of the Hoax Hunters, and there’s a big part for Donovan. We’ve met the sleazy Hoax Hunters affiliate, to the public the producer of their TV show, but in reality even to the Hoax Hunters themselves, a very unknown quantity. Moreci and Seeley are following the lead of X-Files by having mysteries wrapped up, but never quite coming to grips with the bigger picture, which they’re foreshadowing well. They’ve also worked on beefing up the cast, giving them less generic personalities. Before only the haunted and driven Jack transmitted any character, but now the rest of the cast have workable characteristics. There’s also a greater injection of humour, both visual and verbal. Hoax Hunters now has a snap to the dialogue and the situations may be dangerous, but they have their funny side. The nearest we come to sitcom is a chapter that’s a straight presentation of the TV show, followed by a the blooper out-take reel. This is clever, the later material informing the earlier events well, and in effect the Hoax Hunters debunking their own programme.

Axel Medellin’s artistic development continues with the comedy adding another string to his bow as seen by the sample page. His is a form of naturalistic cartooning that defines the cast well, and uses shading nicely to create the appropriate mood. That final TV show episode is illustrated by Brent Schoonover, and he catches the tone precisely.

A series that at first looked to sink rapidly rather than swim has become entertaining, and it concludes with The Book of Mothman.