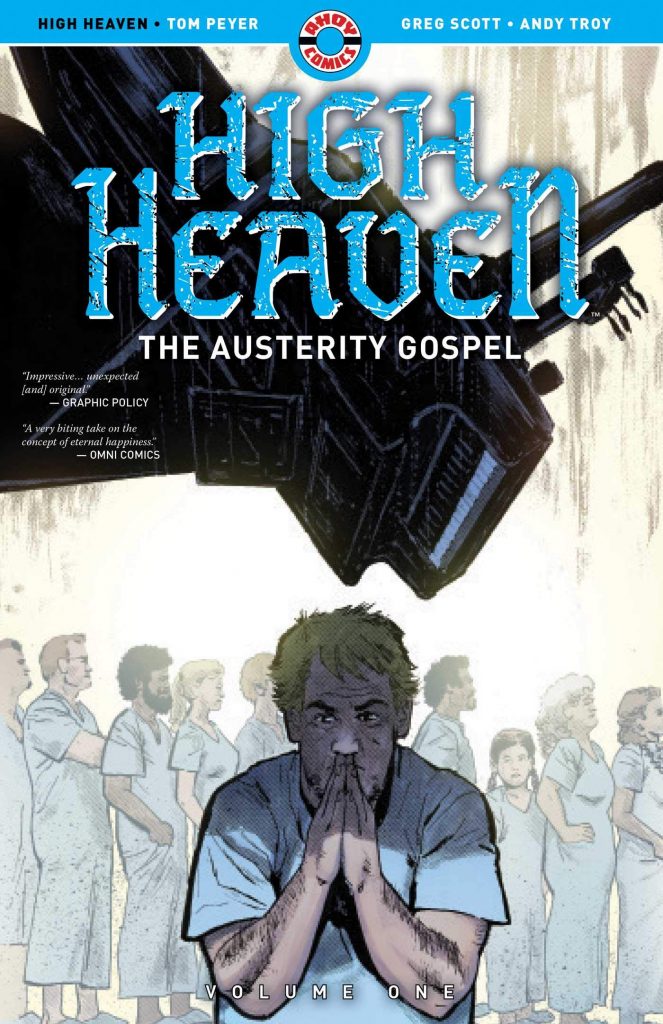 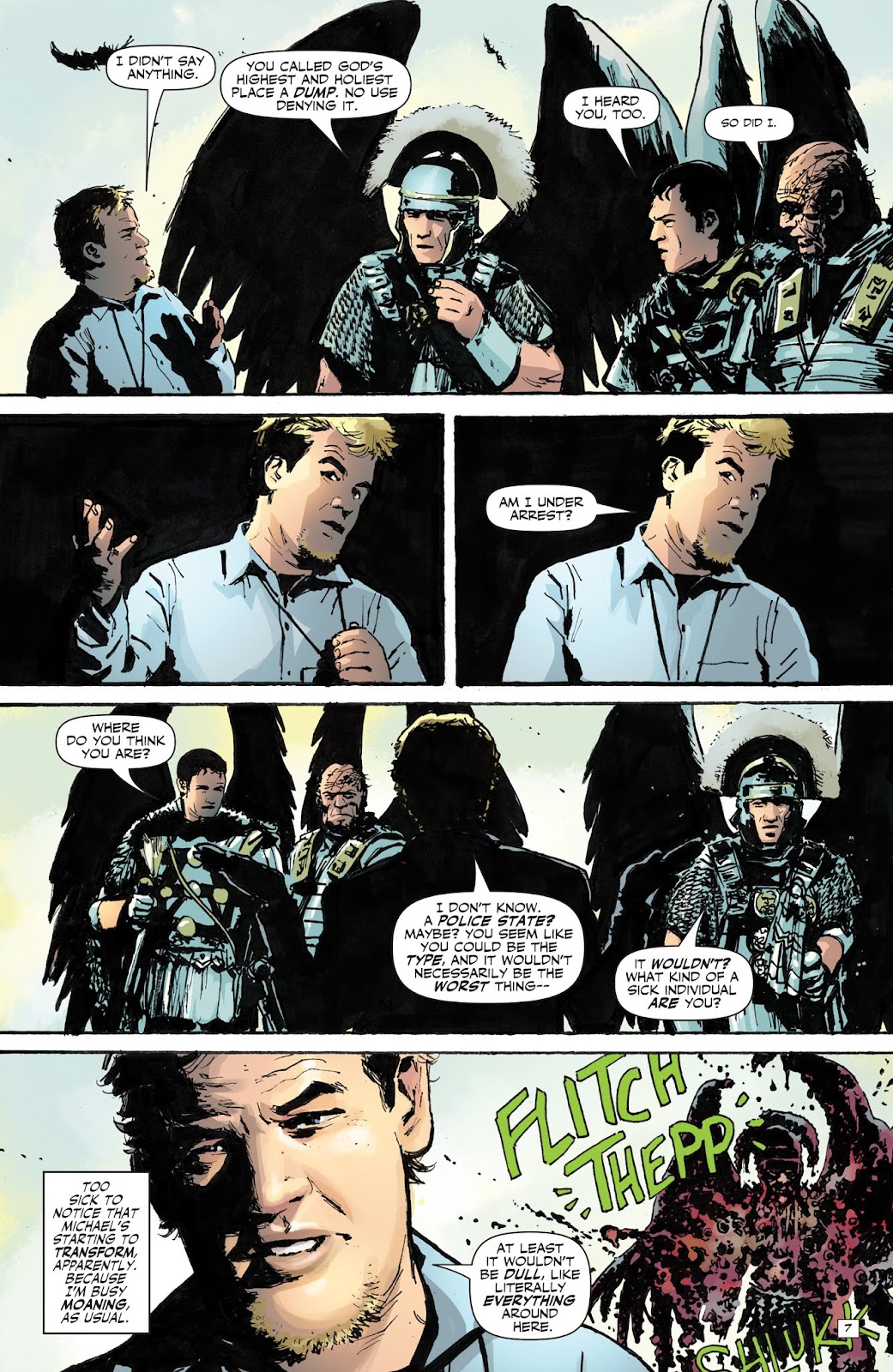 Life for David Weathers has been a series of disappointments peaking when his death is preceded by humiliation initiated by a work colleague. Unfortunately for David, the afterlife proves no consolation even though he makes it upstairs rather than being consigned below. As imagined by Tom Peyer everything may be provided in Heaven, but it’s at a pretty basic social housing and vending machine level, and even that’s granted with a pernickity bureaucratic condescension that would grate with anyone, never mind David, whose whining has been set to maximum throughout his life. There’s a way out, though.

Of course, before the afterlife improves, it gets worse, as Peyer ensures David ends up rooming with the absolute last person he’d want to live with.

The poor schmuck having to deliver the glories of heaven as absolutely mundane is Greg Scott who supplies the dull as intended, only occasionally managing to jump into something more spectacular. He characterises David well as someone who doesn’t look after themselves, and with a constantly niggardly expression, and when looking away from heaven Scott provides detailed, recognisable locations.

Peyer’s form of social satire works well, if a little obviously in drawing its parallels. However, The Austerity Gospel is seriously flawed by virtue of it ending with much still unexplained, and process script pages don’t compensate. There’s no indication this is just the first volume on the cover, so anyone invested in some of the subplots is going to be disappointed with a final chapter that meanders without providing all the answers. Accept it on that basis and there are a fair few laughs and a decent basic idea. 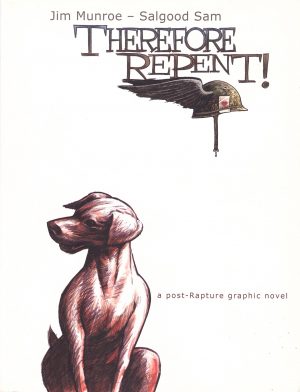