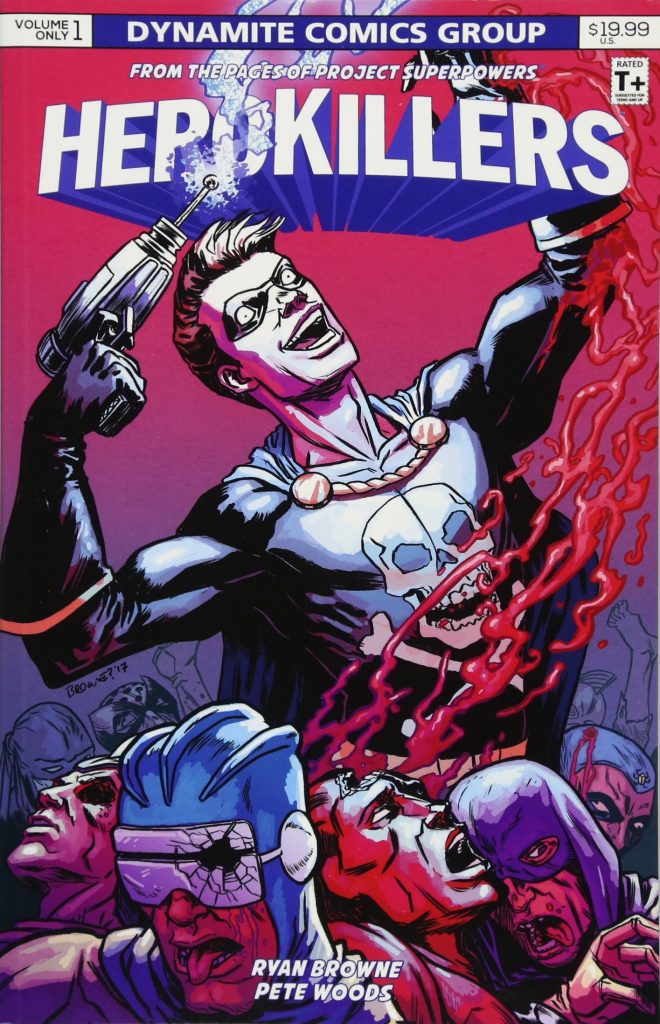 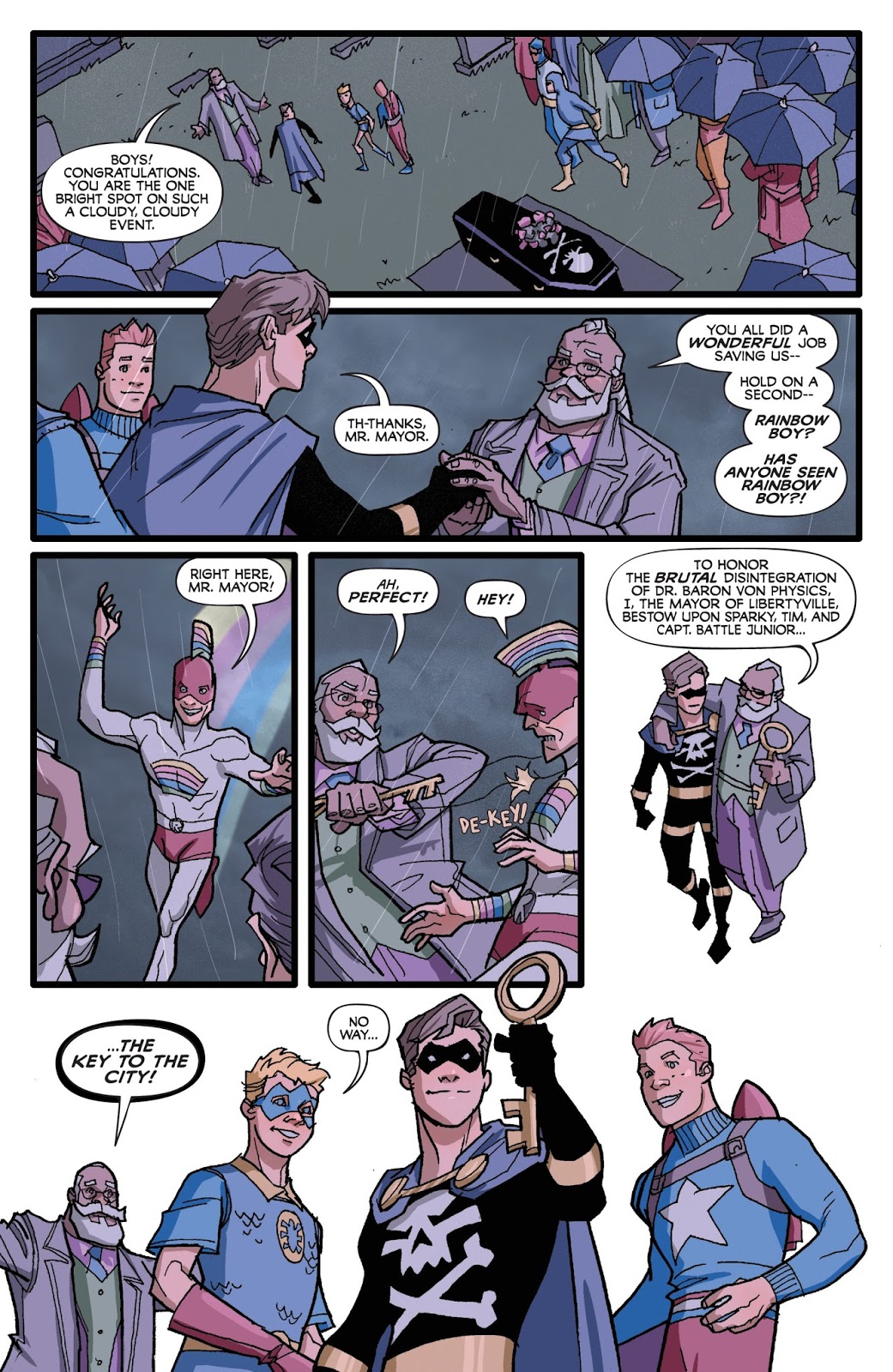 Dynamite laid claim to a few dozen out of copyright superheroes with Project Superpowers, but their original revival in the 21st century somehow ran out of steam. Dynamite’s solution was to go with alternative versions. Instead of straight superheroes Blackcross offered horror tinged crime drama, and Hero Killers is the comedy alternative.

Mayor Willie Williams of Libertyville is beginning to think he made a mistake. In order to transform his town from the USA’s murder capital, bags of money were offered to superheroes to make their base there, and dozens turned up to be put on the payroll. Now, it might be considered, there are too many of them, and the teenage sidekicks have no means to move up the pecking order and the pay scale. Until an incident involving the death of both the Black Terror and criminal genius Dr Baron von Physics. Let’s just say mistakes are made and continue to be made, and life suddenly becomes a lot more complicated for the Terror’s kid sidekick Tim, and his mates Captain Battle Jr. and Sparky.

Ryan Browne is better known as an artist, but proves a decent writer of wacky comedy, and Pete Woods is better known for his superlative superhero style, but equally proves a decent cartoonist when it comes to wacky comedy. And wacky comedy is what Hero Killers is. Plenty of good gags about superheroes, plenty of bad taste, and mega mayhem. It doesn’t break any new ground other than oven mitt jokes, but provided you don’t care too much for rigid versions of Black Terror et al, you’ll have a fun time with the puerile comedy.