Hellboy: The Crooked Man and Others 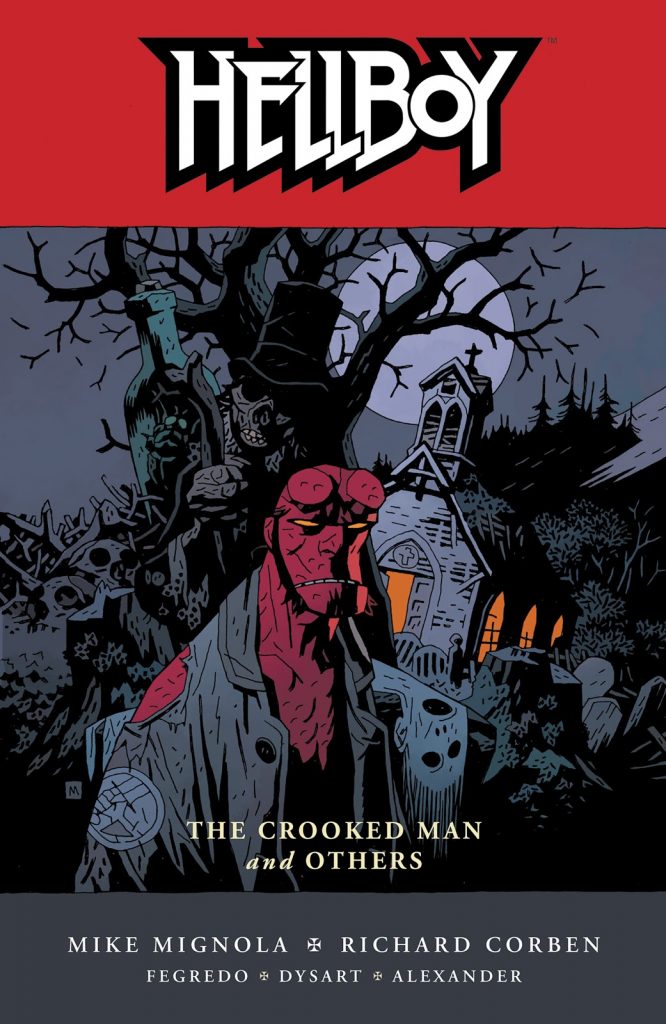 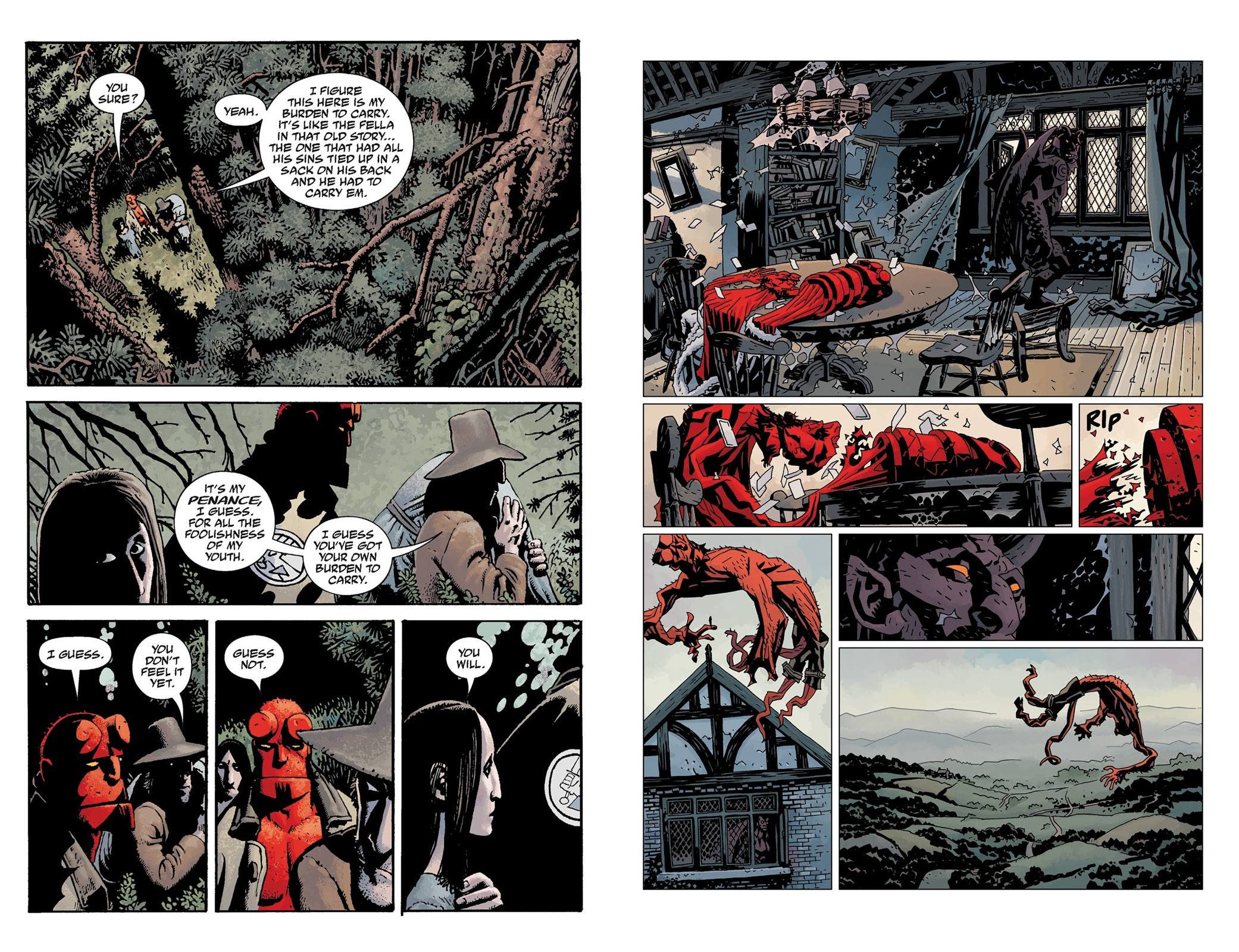 This is another gathering of Hellboy stories dipping back into his past, filling in his overall continuity and offering others the chance to collaborate with Mike Mignola on his creation. Even before delving in to read it’s worth noting the level of success, with the three chapter title story winning an Eisner Award.

Richard Corben draws ‘The Crooked Man’, providing some glum looking, timeworn Appalachian folk in their impoverished surroundings, and some fantastic looking grotesques reflecting the title, with Dave Stewart’s atmospheric colours so important in sustaining the mood. There are echoes of earlier Hellboy material, particularly with someone being carried as a metaphorical burden, in what’s essentially a man called Tommy returning to his home town and paying for a mistake made during his youth. Hellboy tags along for protection and there’s a glorious insight into what plays out when Tommy refers to having seen the devil and that they look nothing like Hellboy. It’s half journey and half payoff, and between Mignola’s script and Corben’s art there’s the feeling of a timeless story being told, and told well. If all that’s not a seductive enough brew, we’re also given instructions on how to make a witchball.

Mignola’s introduction notes ‘They That Go Down to the Sea in Ships’, was the Hellboy story few had seen before this publication, as it was prepared for distribution along with a Hellboy game. Since then it’s turned up in both the fourth Hellboy Library Edition as do all other stories, and the second volume of Hellboy: The Collected Short Stories (along with the following story). It’s a writing collaboration with Joshua Dysart about reuniting the pirate Blackbeard’s head with his shambling, rotted body two hundred years after his death. It starts off as rather ordinary, although atmospherically drawn by Jason Shawn Alexander, but picks up the pace and everything not being spelled out at the end adds to the mystique. The clues have been planted earlier.

‘In the Chapel of Moloch’ is the only inclusion entirely by Mignola, allowing for Stewart’s colours. It features some barbed commentary about the validity of artists appropriating the classics, a nicely designed monster Mignola draws from a sculpture he produced, seen in the bonus pages, and what’s apparently Mignola’s greatest fear at the end. There’s also a familiarity about it, although it’s a new story, with the themes Mignola works into his stories, this being another where a burden is carried, perhaps too transparent. Still, 24 pages of Mignola’s art is nothing to be sniffed at.

‘The Mole’ is a short piece, subsequently included in the third Hellboy Omnibus: The Wild Hunt. It’s also slim, but surely conceived for the visual imagery of an emaciated Hellboy fluttering across the English countryside. The result is a well judged combination of pastoral beauty and terror elevated by Fegredo’s art.

There’s always a brief moment of disappointment on learning a Hellboy collection is not entirely drawn by Mignola, but he always chooses his collaborators with care, so that feeling rapidly evaporates. Alexander, Corben and Fegredo are all special artists, and every Hellboy selection delivers. 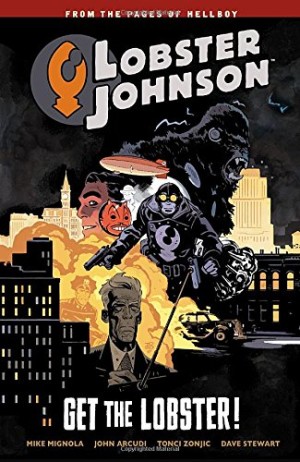