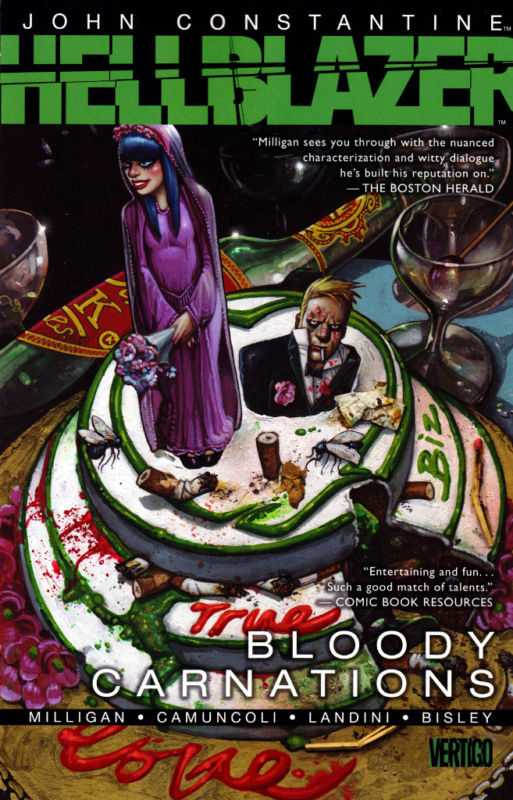 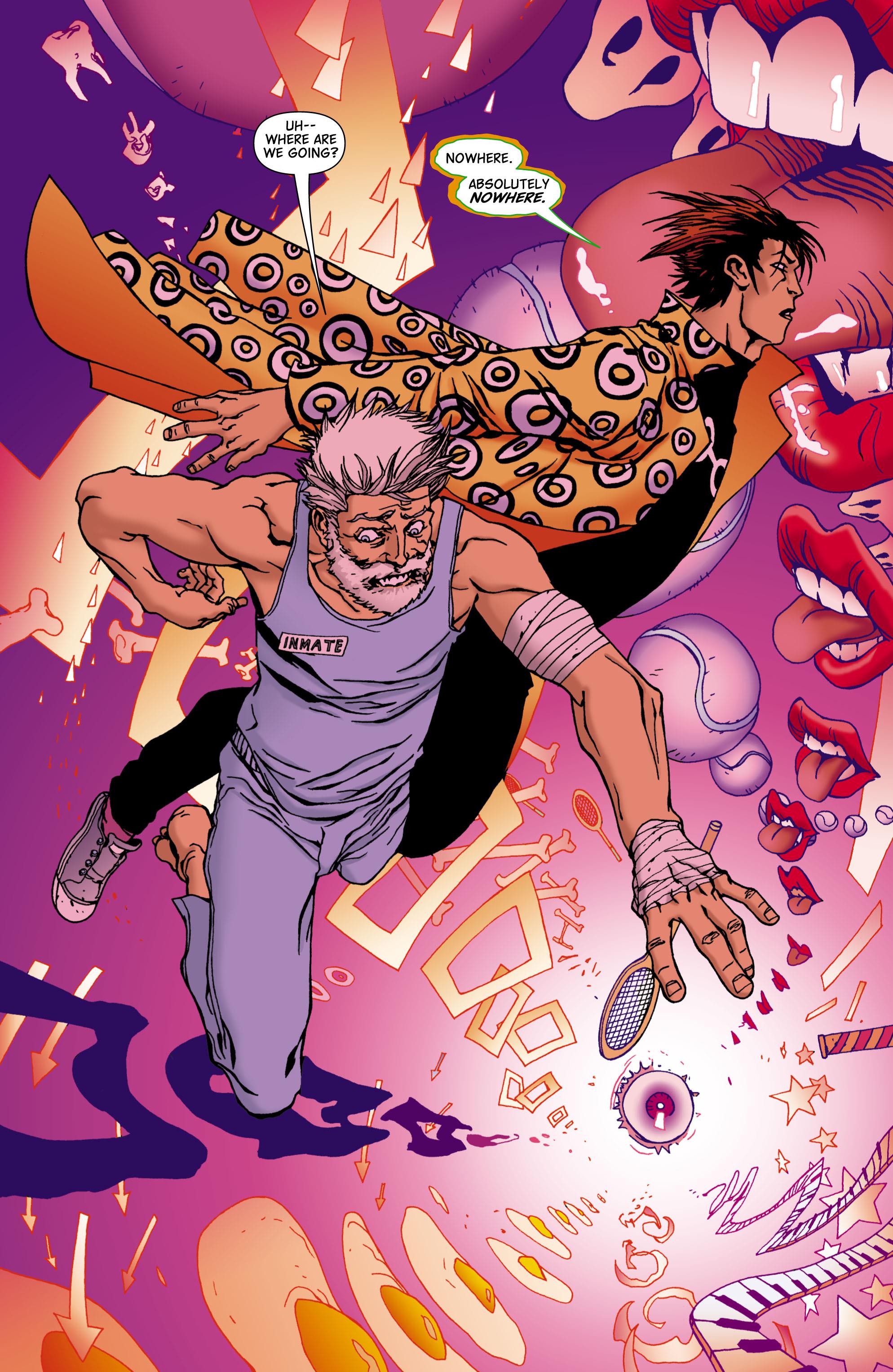 There’s a big surprise awaiting in the opening ‘Sectioned’, at least for those with fond memories of Peter Milligan’s earliest Vertigo work. He hinted at in Hooked, and there’s a full blown guest appearance here from Shade the Changing Man. Shade deals in madness, and madness is what’s infecting Constantine. He can feel the influence, but can’t prevent the effects. Turns out Shade’s not much help either, but he hangs around as there are a few demons to be purged, and by the time we reach the title story halfway through the book many more have turned up.

The angular style that Giuseppe Camuncoli and Stefano Landini have been using for Hellblazer is slightly softened to incorporate the arrival of Shade and his reality warping process, and the distortions of his perceptions. The colouring of Trish Mulvihill is again essential. Shade has always belied his name by coming in colours, and Mulvihill makes the most of his established appearance. Instead of drawing a separate tale as he has done over the previous books, Simon Bisley illustrates events separate from, but connected to the main plot. There’s enough separation that his distinct visual signature isn’t intrusive, but complementary.

Epiphany Graves, gangster’s daughter and alchemist by trade, has been part of the supporting cast for some while. Despite being far younger than Constantine she loves him, and that has its consequences, but one she couldn’t have foreseen is being dumped back in 1979 before she was born and when her dead mother was still young. It is, however, a chance to investigate what Constantine was like in his younger days.

Milligan has a such a brilliant handle on Constantine’s perverse personality that you’ve got to wonder if there’s not some self-reference here. Is this transference? Is Milligan the bastard he makes Constantine out to be, and does he dabble in the old bit of soul trading on a cold November night? His plot lurches about like Constantine on half a bottle of Jack, but in the background there’s someone regular Hellblazer readers know of old, someone intent on ensuring Constantine’s life remains miserable and unfulfilled.

By the time we reach the final chapter we’ve been led into what’s surely the unlikeliest event ever to have occurred in Hellblazer’s long history. It disinters much of the past, involving many known faces, yet there’s a rumbustious poignancy to it, and Milligan manages to pull off what most, if they’d ever stopped to consider it, would imagine couldn’t be done with any kind of credibility.

Bloody Carnations is too discursive to match the quality of the previous India, but there are some fine moments including a fine last gasp recovery, and it entertains throughout. Phantom Pains is up next.