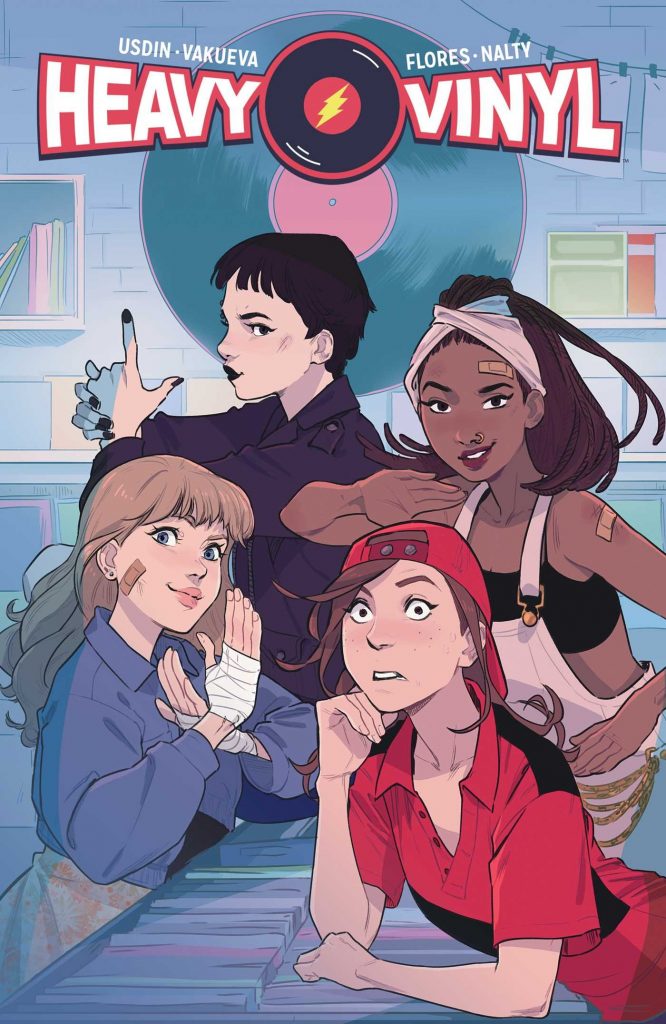 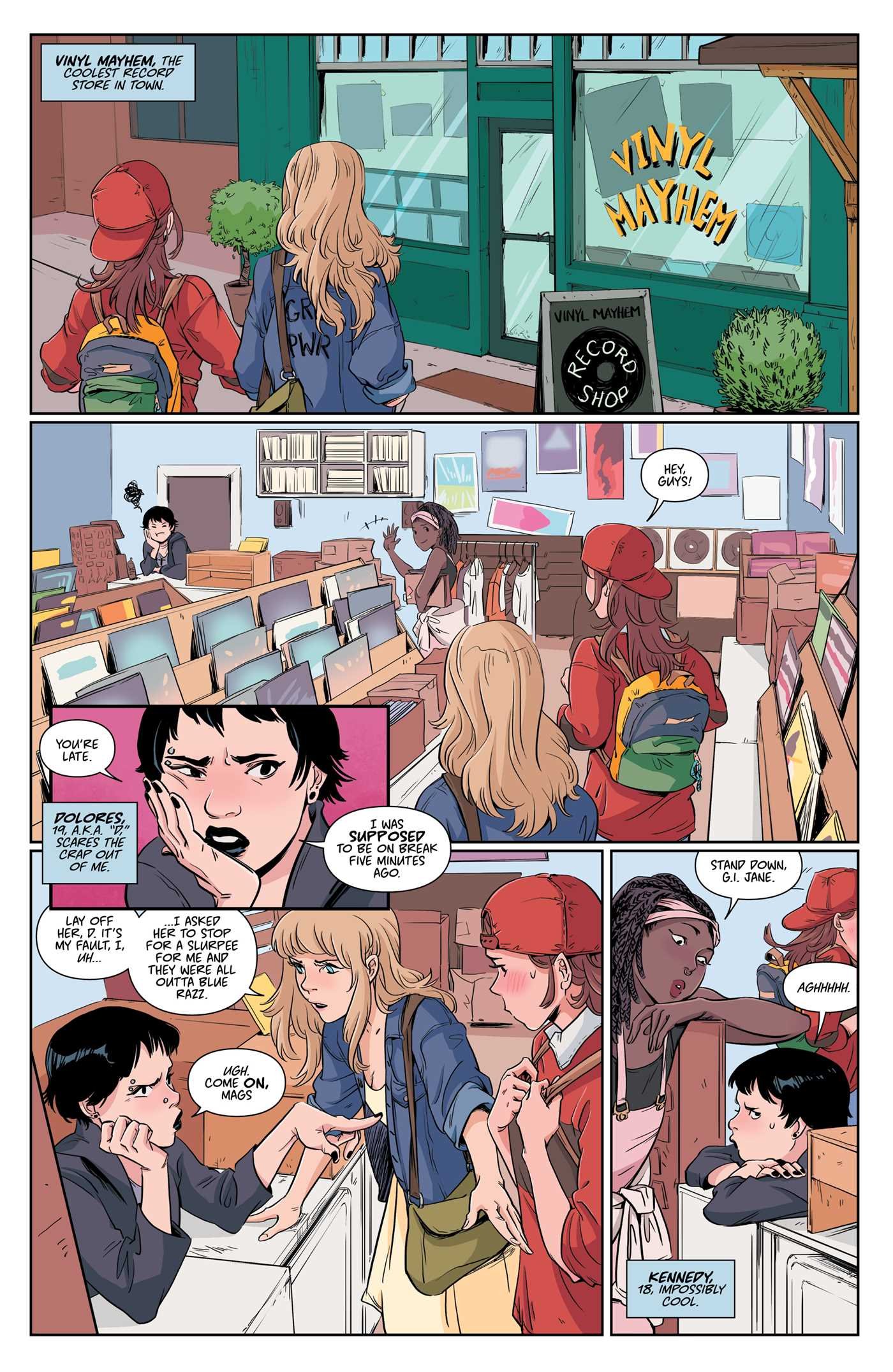 Used record store Vinyl Destination is the coolest place in town for seventeen year old Chris in 1997, major Stegosour fan and newest store employee among the all-female staff. It’s not just a great place to work and make friends, though, as there’s the Vinyl Destination Fight Club to be revealed.

Carly Udsin and Nina Vakeuva are aiming for the coolest girl gang bonding graphic novel around, providing a generally upbeat tale of friendship and a mystery to be solved, as band members are going missing and when they return something about them is different. Chris being such a major Stegosour fan comes in handy, but getting to spend the night with the guys from the band isn’t quite the experience she anticipated, and just what’s happened to their singer Rosie Riot?

Almost the entire cast wear their hearts on their sleeves, so it’s just as well Vakeuva can give them such strong visual personalities, matching their joyful outlooks on life. This comes across as a little too simplistic in places, with some pluck, training and a can-do attitude taken from Buffy solving all problems, and while tolerance and inclusion ought to be taken for granted, the messages about it are so forced they speak down to a younger audience. To anyone a little older, the idea of music companies wanting to control the messages their bands convey through lyrics is also well worn.

While structured to appeal to young girls, Riot on the Radio is a disappointingly quick read. This wouldn’t be as obvious if the story had been complete, but it’s just the opening chapters of a continued tale. The gang still need to get to the bottom of who’s behind the neutering of rock’n’roll, which will presumably follow.