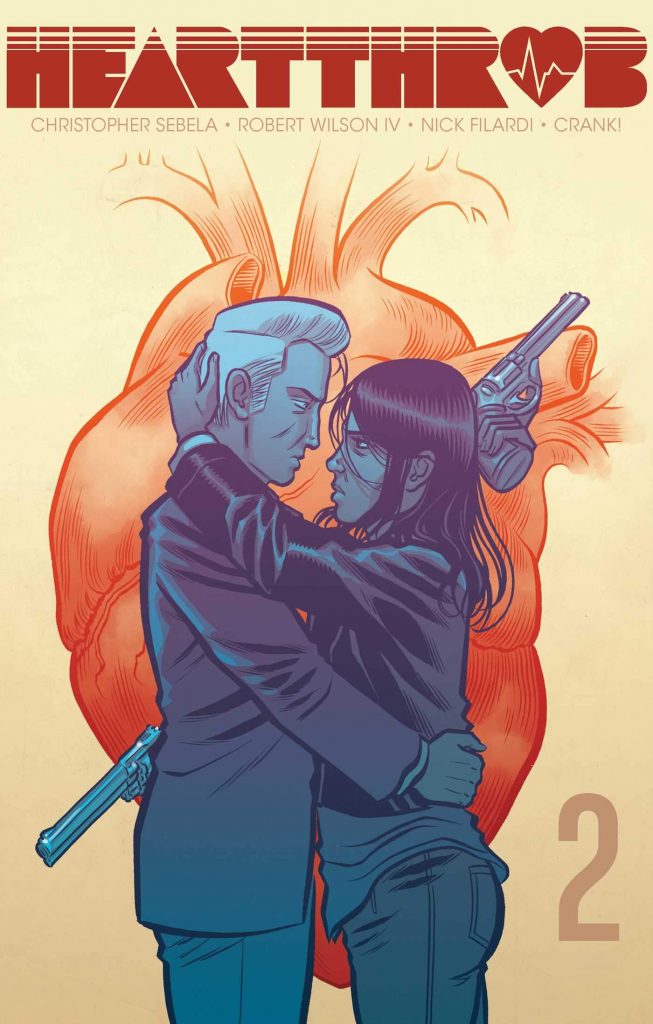 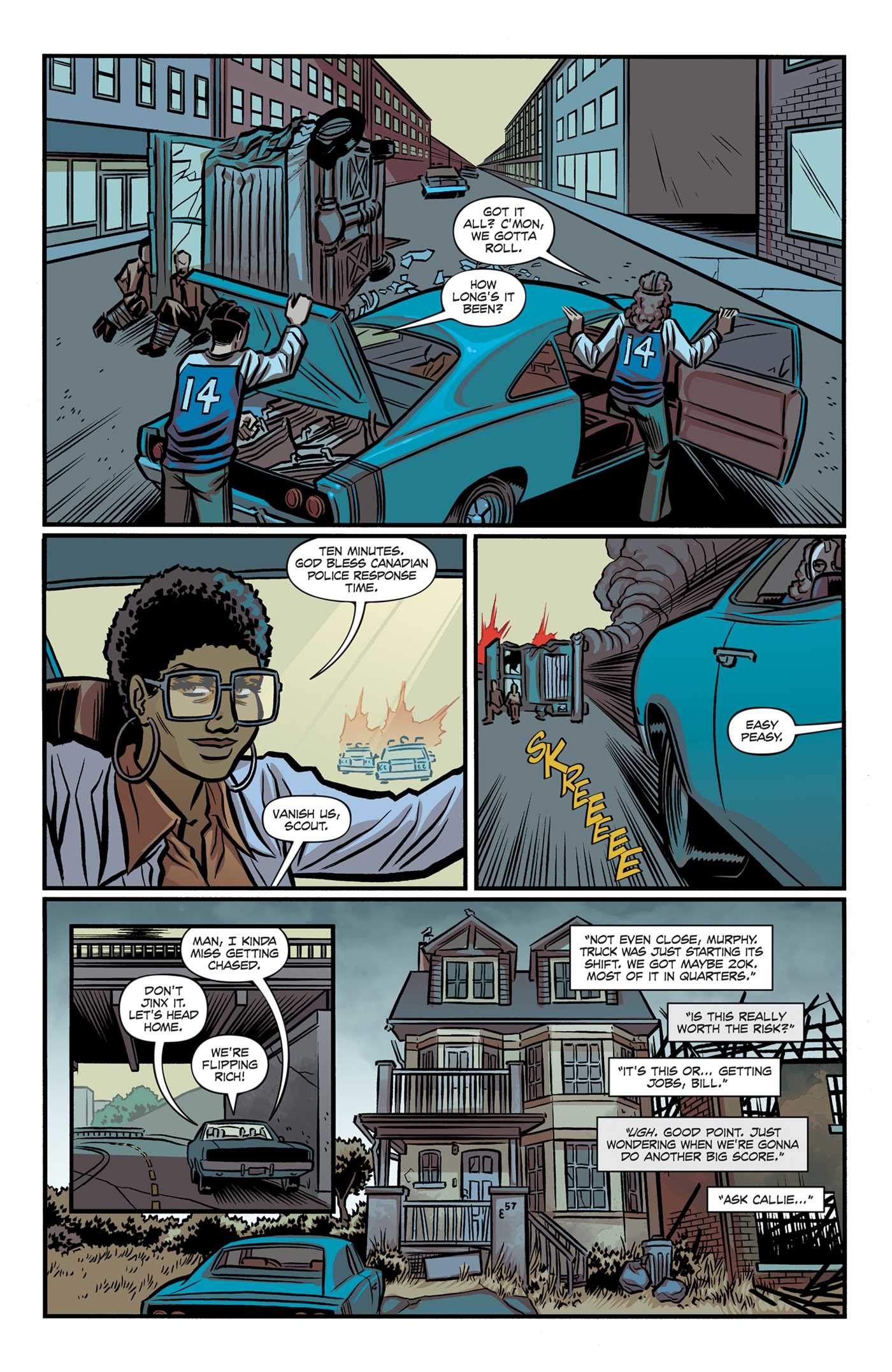 The opening volume of Heartthrob was an unexpected treat, with a startlingly original variation on the good girl turns bad plot from Christopher Sebela. In 1977 Callie Boudreau undergoes a heart transplant operation, but the best prognosis is nevertheless just another five years of life. The heart belonged to a career criminal, Mercer, and after the operation Callie can communicate with his personality, in what seems to be a physical fashion, the means and process unexplained. It also transforms her formerly mild and accepting character, enabling her to embark on her own criminal career as Mercer advises her and supplies contacts.

That life ended. Cassie’s now living in Canada, calling herself Stevie and working in a bookstore. Except she’s sharing living accommodation with all her former gang members, and can she really leave the thrills behind? It’s a question Sebela delays answering for longer than most readers would like, as in the meantime we see Callie’s new life in all its mundane detail. It’s not sparkling, but is necessary. As well as a crime story Heartthrob is unashamedly a romance, and with respect to both genres how can we appreciate what Callie needs if we don’t know how much she misses it?

There are pros and cons to the art of Robert Wilson IV. He establishes a good location, sometimes neglecting to populate it realistically, and his page layouts are always exemplary. He has problems keeping people looking consistent, however, but perhaps realises this, and everyone can be distinguished by distinctive clothing or accessories. There’s also a problem of a lack of weight to the cast, who sometimes still seem as if they’re floating.

Work at it, and you’ll come across all kinds of little puzzle extras Sebela has thrown into Heartthrob. How clever are they? Well, two years have passed from the 1977 start when Fleetwood Mac released Rumours in the real world, an album referenced several times in Heartthrob, and supplying the title to volume one, Never Going Back Again. In 1979, the year much of this takes place, Fleetwood Mac released Tusk, featuring a track titled Walk a Thin Line.

Sebela has a good reason for relocating Callie to Canada, and he moves her around in way that seems very random, while assuring us all the while that she has a plan. She does, in common with pretty well everything else, it’s beyond prediction, and eventually that comes to have a significance in itself, as Sebela begins to address how it is she’s in regular communication with a phantom. That’s only in the final pages, however, and before then we’ve been treated to caper after caper, as if Sebela himself has idly planned them somewhere along the way and has to purge them from his system. The second chapter reconfigures elements of the first beautifully, and there’s one hell of an ending as long as the next volume doesn’t reveal Sebela has taken the easy option. Heartthrob has been so well poised, though, that he’s more than earned the benefit of the doubt.