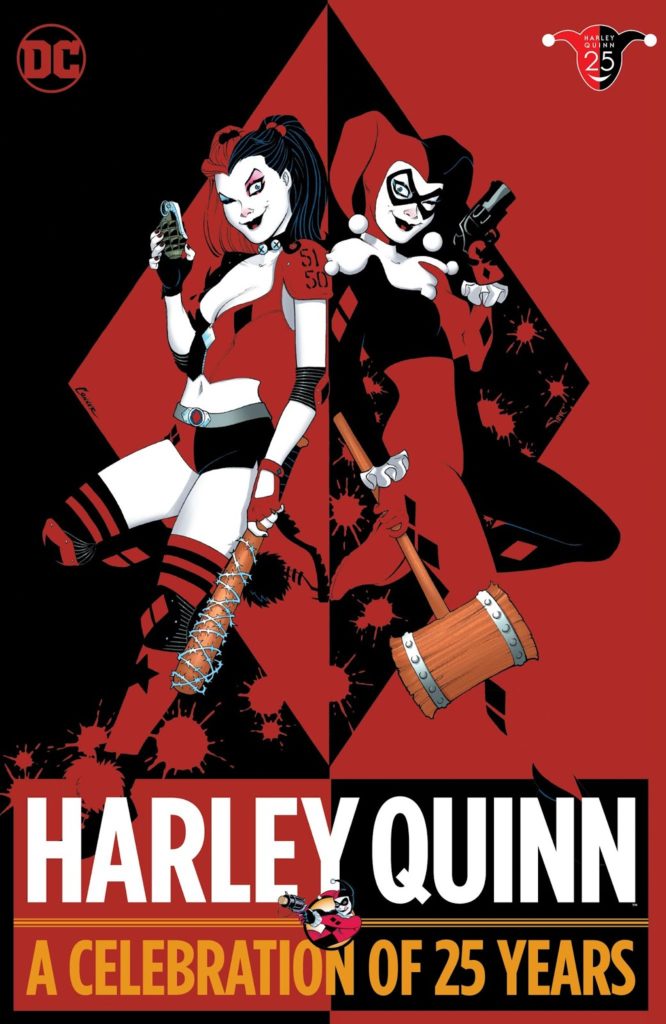 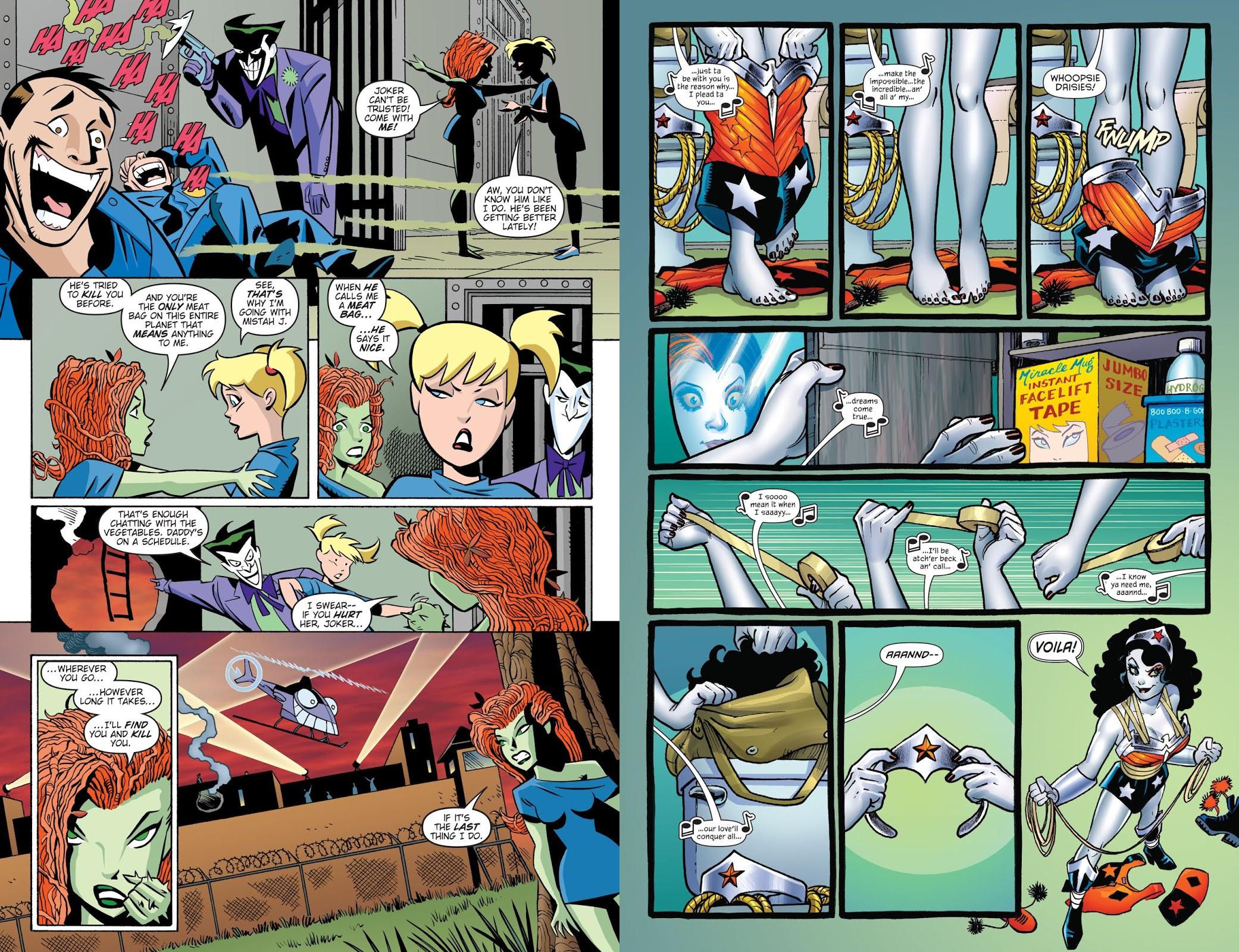 Because she’s now so entrenched in comics, it may surprise to learn Harley Quinn’s first appearance was in the highly regarded 1990s Batman Animated TV show. Creators Paul Dini and Bruce Timm felt the Joker needed a counterpoint, and developed her for what was intended as a one-off role. It’s rare that anyone can predict what will take off.

Something connected with the audience, and the animated Harley and her unrequited love for her manipulative “Mistah J” (or puddin’) and her friendship with Poison Ivy occupy the first quarter of the book. It’s page after page of glorious cartooning from Rick Burchett (sample art), Dan De Carlo, Ty Templeton and the little known but equally good Ronnie Del Carmen as Paul Dini, Dan Slott and Templeton supply engaging, lighthearted plots for accompaniment. Every page of this section is an absolute joy, all the more welcome for having been produced in an era when cartooning wasn’t as valued by superhero fans.

Another surprise is that it took almost five years for Harley to transfer to the primary Batman universe, with Dini giving a more realistic edge to her toxic relationship with the Joker, but fun still an essential part of her make-up. Yvel Guichet’s art is an awkward compromise, as is Craig Rousseau later, but Terry Dodson achieves a successful halfway house between cartooning and realism, although in places it edges into exploitative. That’s the starting point for Joe Chiodo, whose painted cartooning prioritises design over storytelling, and even allowing for the exaggeration, draws strange inconsistent people and overdoes the goofy expressions. Writers Judd Winick and Karl Kesel keep Harley madcap and unpredictable, but the early 2000s provides the weakest material.

Harley’s part in Jeph Loeb and Jim Lee’s classic Hush story survives being excerpted here, and remains impressive, with Lee drawing the most realistic Harley seen in the collection. It proves she can be moved into the real world, even when wearing her old harlequin costume. It’s followed by a clever piece from James Patrick and Joe Quinones explaining why Harley escapes just before her parole hearing.

In 2011 Harley received a visual and personality redesign, her more adaptable streetwear introduced, along with a greater streak of cruelty in Adam Glass’ misjudged Suicide Squad piece reworking Harley’s transformation from young psychiatrist Harleen Quinn. It relies too much on unpleasantness, although there’s a great Joker portrait from Clayton Henry.

From 2014 the writing team of Amanda Conner and Jimmy Palmiotti cut back on the gratuitous shock for a more finely nuanced Harley who’s sustained a solo series for six years and counting. It’s funny, charming and hits the right tone, with artist Chad Hardin still having some rough edges but the right attitude. Conner drawing Harley herself (sample right) is a real treat, and that story is a heartwarming revelation about what Wonder Woman means to Harley.

A reprise for Jim Lee and the Suicide Squad ends the collection, with some pages from Gary Frank also, as Rob Williams sends Harley out on what she calls a date. It’s been a fun ride, and better for only encompassing 25 years. DC’s similar 75 year anniversary collections are often dragged down by extremely dated content, but this is representative without that problem, Harley in all her facets, a lot of great art and pretty well ideal as a sampler for anyone wondering which parts of Harley’s backlist to explore.