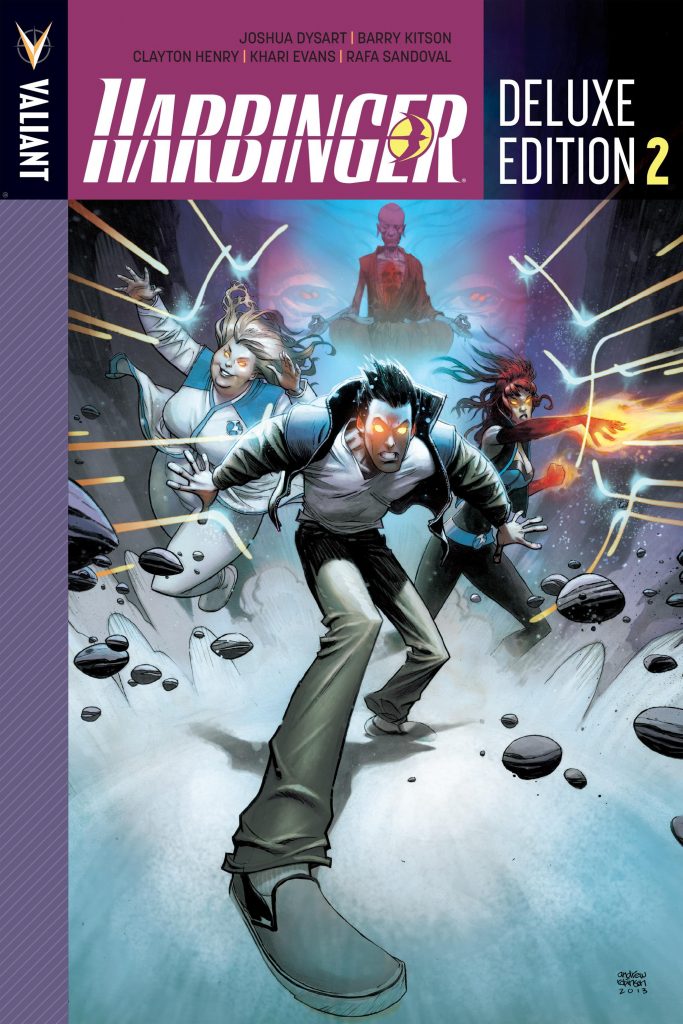 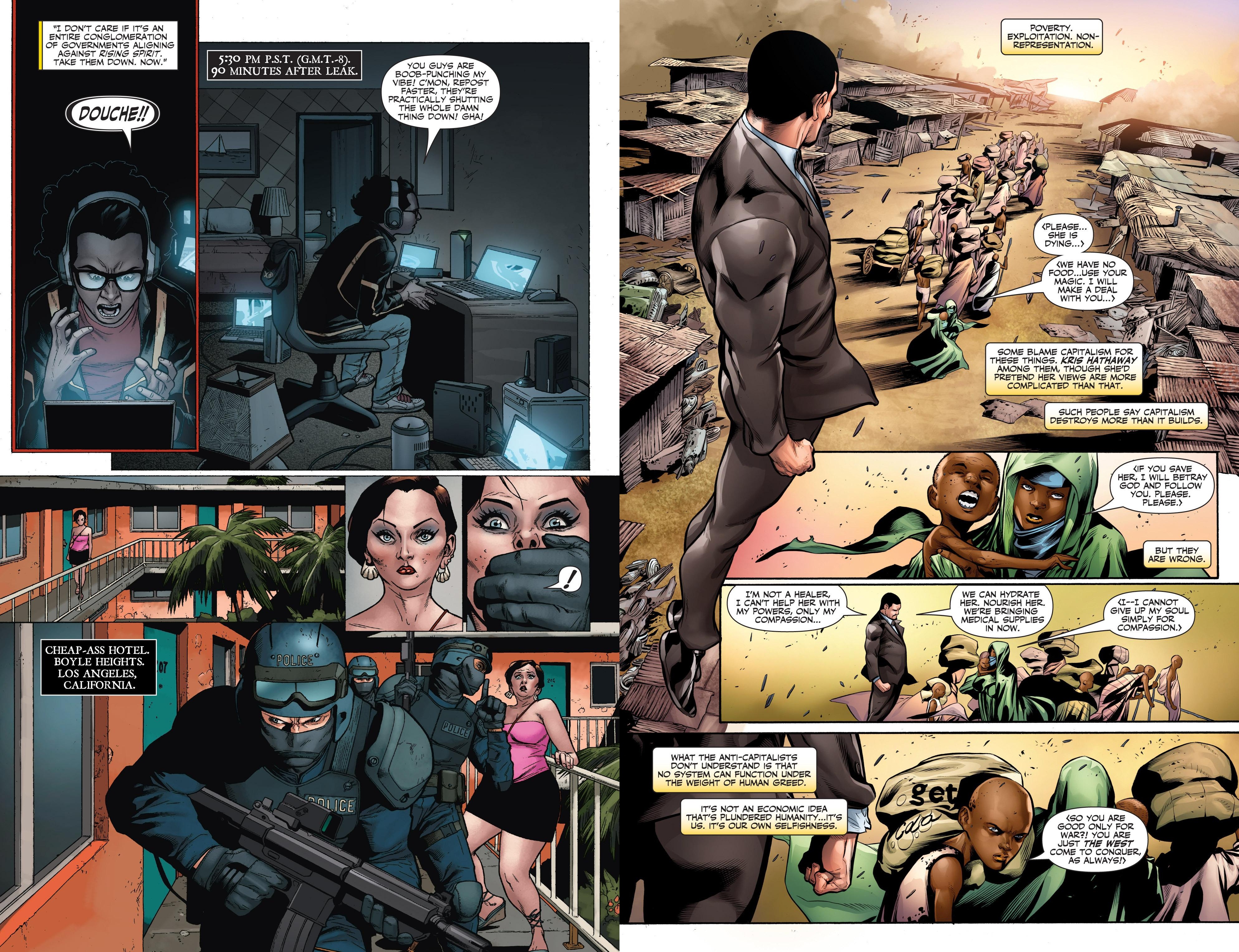 Harbinger is a consistently interesting series where Joshua Dysart throws the rule book out of the window and constantly surprises with the directions taken. That’s again the case over the three paperbacks collected in this oversize hardcover format, although more so over individual sequences than entire graphic novels. The exception is Death of a Renegade, which thrills from start to finish, introducing a compelling and useful new character while serving up the climactic battle we all want to see.

Andrew Robinson’s cover is a strange choice as it requires consideration to understand that the distortion works because we’re seeing the characters through a security camera. A more instant cover would have been the commercial decision. Perhaps it’s intended to reflect Dysart’s unconventional approach, which opens what was originally published as Perfect Day. It picks up after the conclusion to the Harbinger Wars sequence in which the Renegades dealt a decisive blow to the ambitions of Toyo Harada, secretly the world’s most powerful mind. A strength of the series has been how Dysart reveals the characters in small and telling moments, but this provides a thorough immersion in the fantasy world Torque created during his days as a bedridden teenager. “Yeah!! This is Anthrax Stone Keep. Built by Stone Giants after I won a game of death checkers against their feeble mountain god.” Part Bill and Ted, all teenage fantasy, it’s an interesting idea, but outlives its welcome in a story that moves slowly past a very good halfway point revelation.

Omegas disappoints overall, with Harada reacting to the circumstances of the previous book. What he does is surprising and clever, although trailed to begin Death of a Renegade, and it’s an interesting character study as for the first time Harada’s removed from his comfort zone and isn’t plotting ahead. However, there’s the feeling of unfinished business and the story is eventually revealed as little more than the set-up for the Imperium series.

As ever, there’s a baseline standard for the artwork, with different artists working on different story arcs instead of an artist allocated to the entire series. Mico Suayan stands out as extraordinarily delicate and ornate, but only ever provides a few pages at a time. More than once Dysart’s script throws the artists a curveball. Barry Kitson’s versatility is revealed as he has to draw in several different styles, and Clayton Henry (sample art left) mixes cartoon animals into reality very effectively, while Rafa Sandoval (sample art right) is slightly more ordinary.

Considering she eventually became the breakout character, there’s surprisingly little focus on Faith. Losing her virginity is a big moment, and she gives a good rousing talk at one stage, but for most of this collection she’s in the background.

The vast array of contributors is because this collection encompasses the 25th issue, in which assorted guest creators took assorted guest shots at the characters. None of it is essential.

Harbinger has switched between the viewpoints of the Renegades and Harada, but here their paths diverge, with Harada being the focus of Imperium and the Renegades next seen in Harbinger: Armour Hunters.