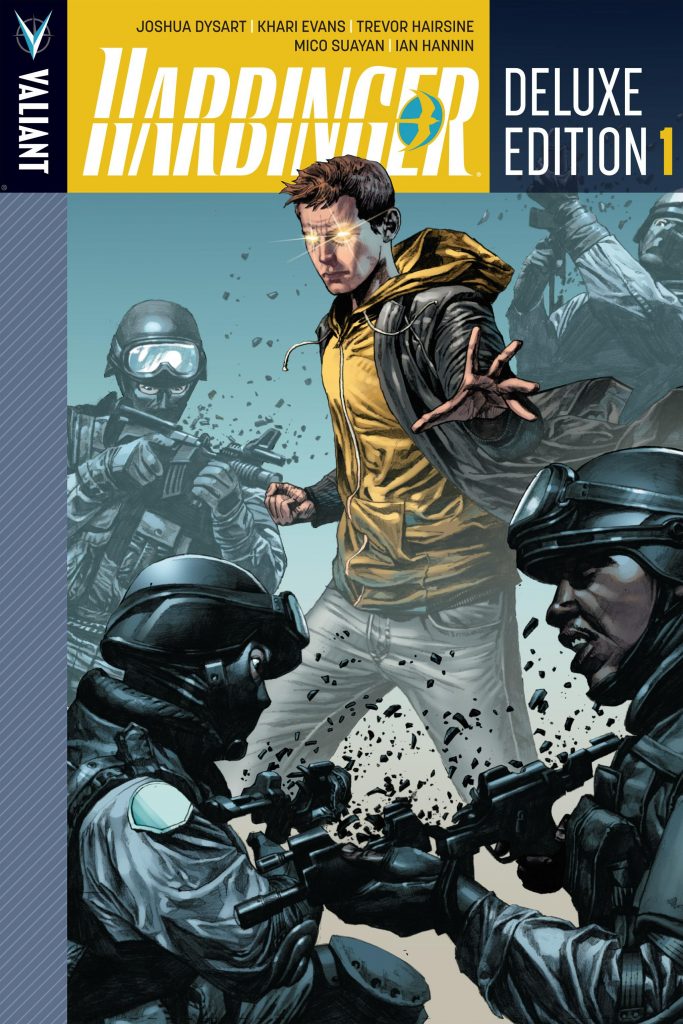 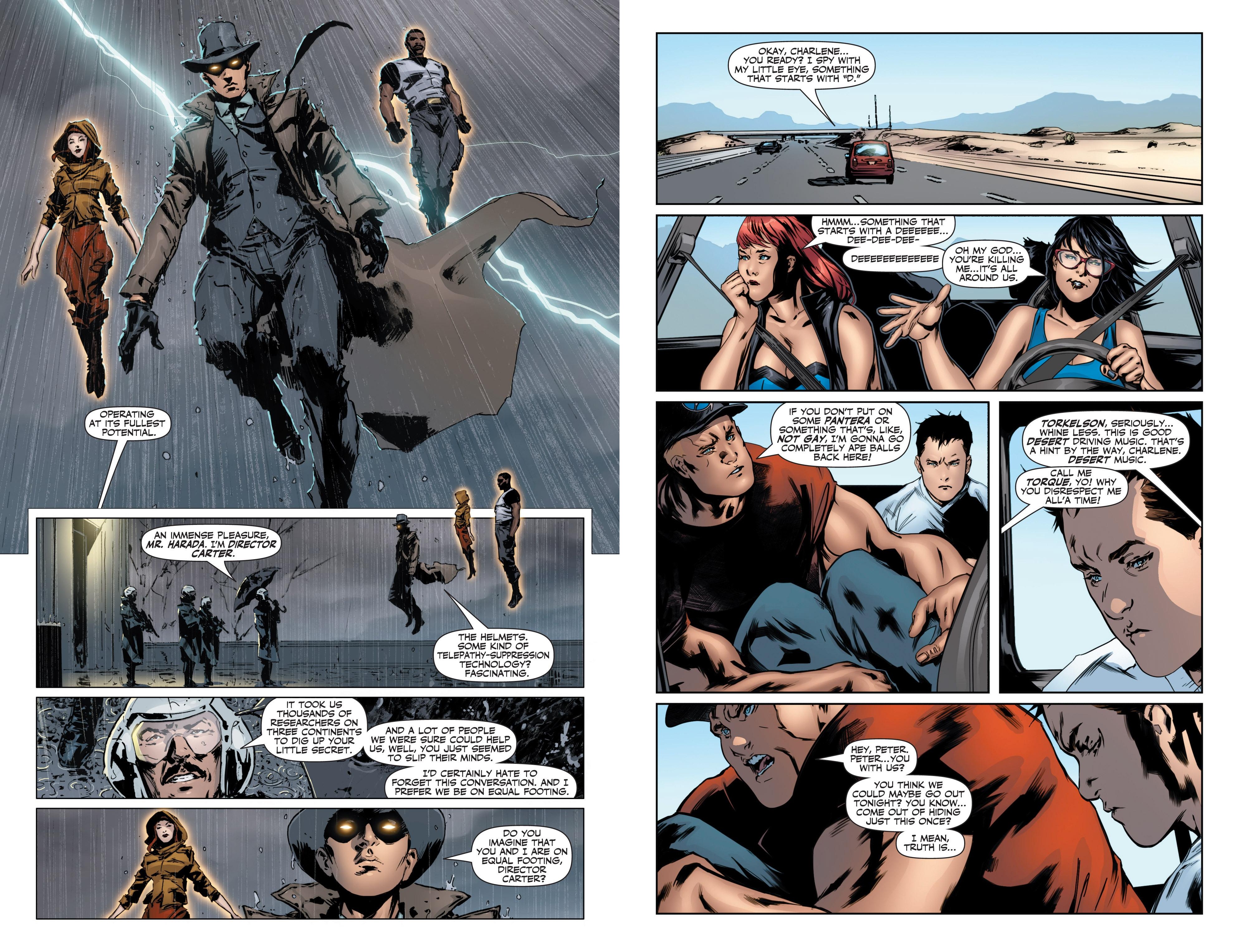 Harbinger takes its name from a foundation set up by Toyo Harada, Japanese entrepreneur and corporate titan, although he’d disagree with the description. “We’re a culture not a corporation” he explains to Peter Stanchek. Harada’s purpose is develop the abilities of “psiots”, the most recently discovered being Stanchek, to make the best use of the abilities they have. If this all sounds very Professor X and the X-Men, it is to begin with, but Joshua Dysart is a better writer than that, and once he’s settled into recycling the vaguely familiar he drops his first bombshell. To give him further credit, the way into the series  is original and sympathetic, via a very confused and struggling Stanchek whose telepathy can only be dampened by drugs.

Harada and Stanchek are Harbinger’s key characters, rapidly at loggerheads, and Dysart constantly defies expectation in a series of very good superhero stories. The consequences of what’s at stake are high, and because the title is not the name of a super team a constant tension prevails, as pretty well anyone is disposable. That matters because Dysart’s personality definition is consistently good and even if someone’s not entirely likeable, it’s conveyed why they’re that way. To begin with there’s an uncertainty as to where sympathies should lie, and although the balance shifts, that detail is never entirely resolved. Whether the means justify the ends is a question constantly hanging. Also good is that the team that eventually emerges is very rough around the edges, not the usual mixture of middle class kids with one loner who’s really loveable at heart. The breakout character proved to be Zephyr/Faith, and while the template was provided by Jim Shooter in Harbinger’s first incarnation, Dysart builds Faith as a good-natured, geeky enthusiast delighted beyond compare to have developed super powers. “I’m Zephyr! I’m a superhero! I totally save lives and stuff! My real name is Faith, but don’t tell anyone! It’s my secret identity!” She’s not the lead here, but is important as the voice of reason when others become carried away. Events from Harada’s past form a regular feature, and bring further understanding.

An unusually high number of artists work on Harbinger, but they mesh very smoothly. Between them Khari Evans (sample art left) and Trevor Hairsine (sample art right) contribute far more pages than anyone else. Evans is more naturally delicate, and Hairsine therefore more dynamic when the action scenes kick in, although Evans copes with those as well. There are plenty of pages to admire in this larger sized presentation, with the most ornate provided by Phil Briones and Mico Suayan.

If this hardback format is beyond your pocket, the stories are also available as trades titled Omega Rising, Renegades and Harbinger Wars. The latter shouldn’t be confused with the separate Harbinger Wars graphic novel, which ties in. The Harbinger story continues either in paperback as Perfect Day, or in a second Deluxe Edition. 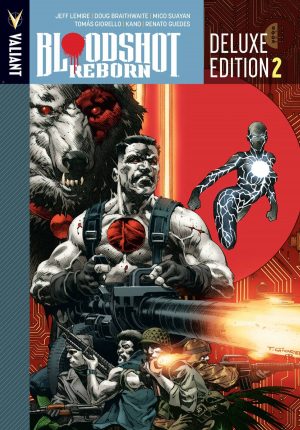