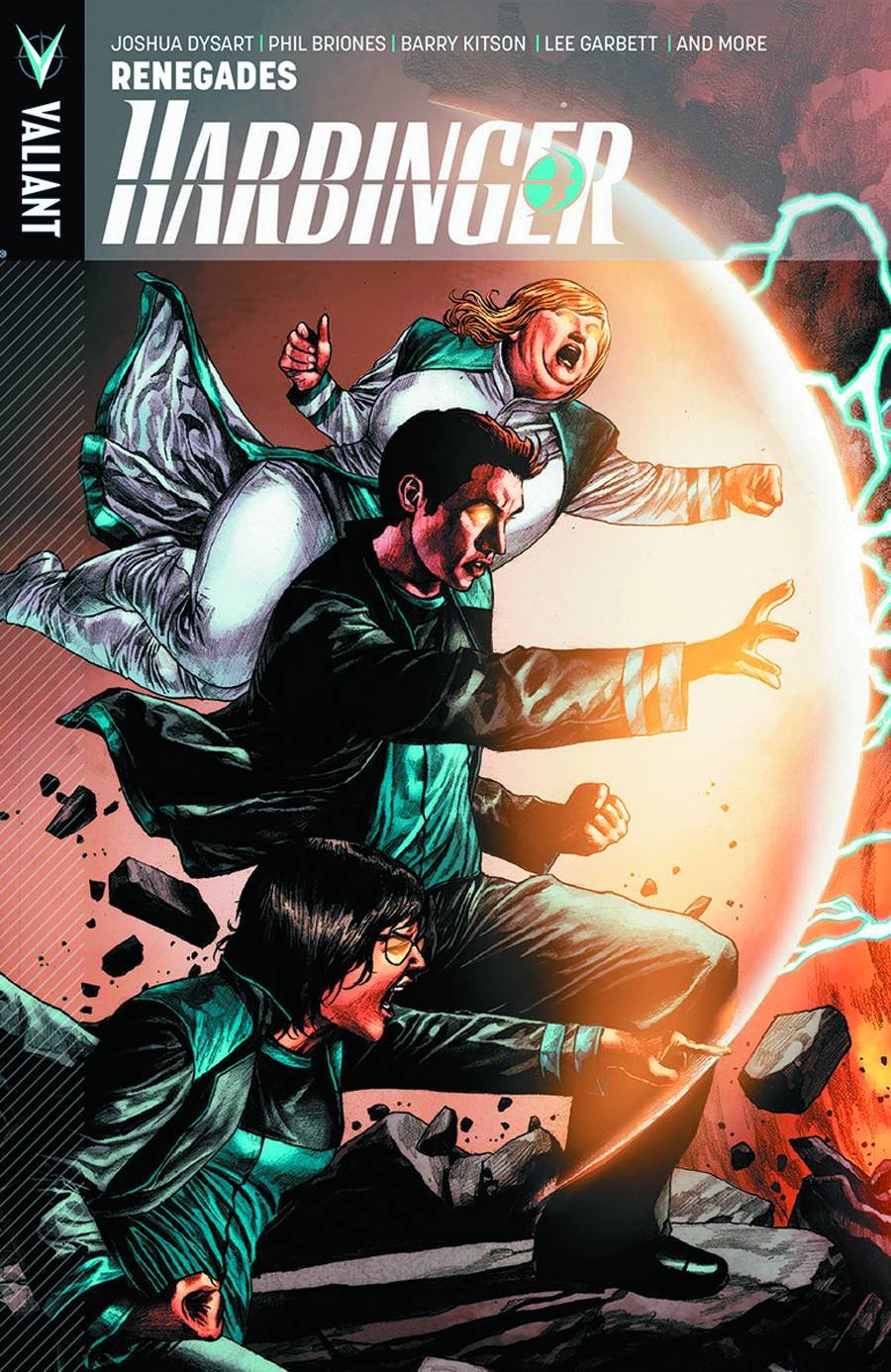 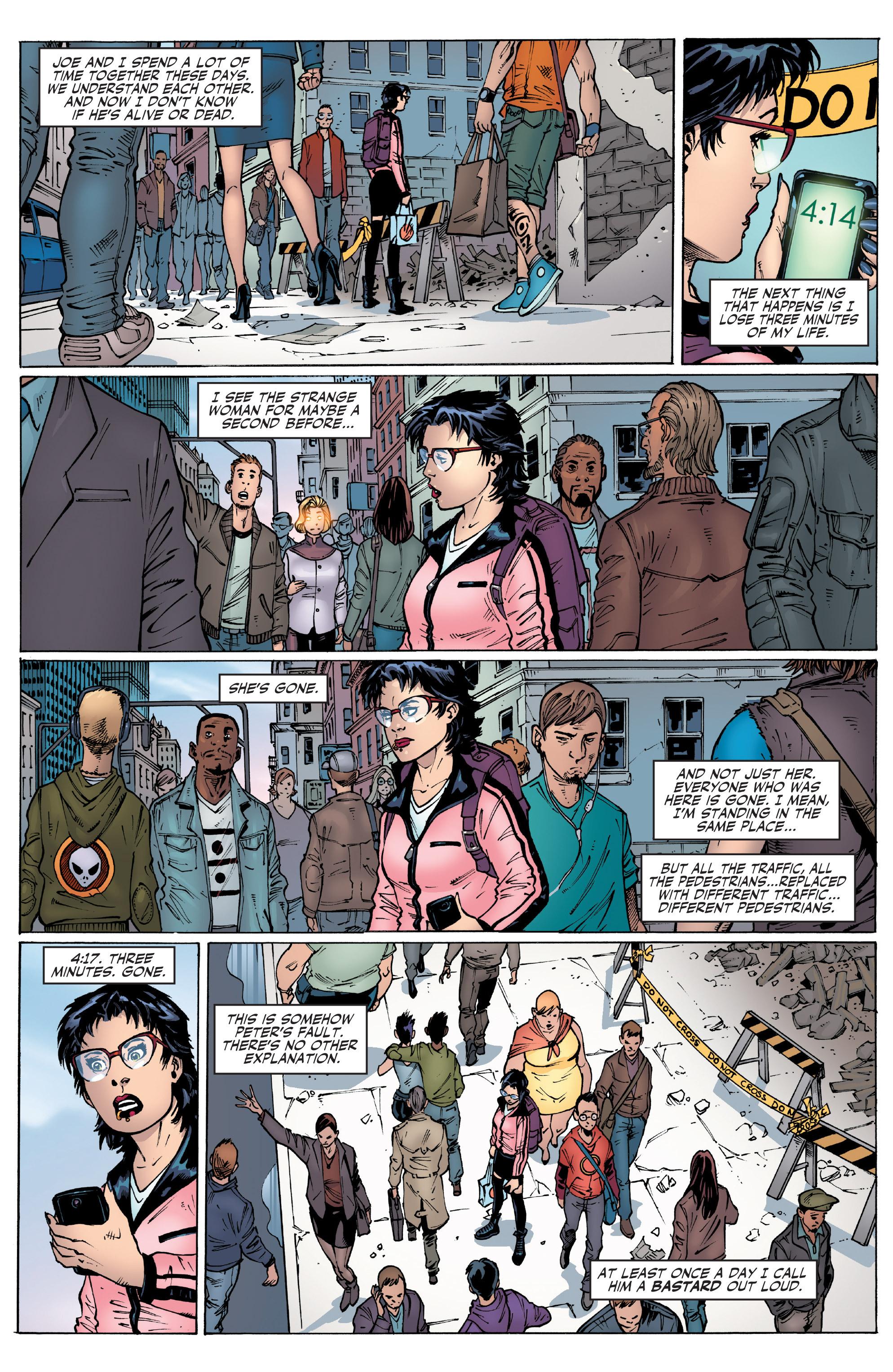 Omega Rising introduced a number of people, but most prominently Toyo Harada and Peter Stanchek. Harada is mysteriously youthful looking considering his age, and since discovering his psionic powers in the 1950s has created a global conglomerate, an offshoot of which is the Harbinger Foundation, ostensibly created to guide those with special abilities. Stanchek is perhaps the most powerful teenager ever to access Harbinger, but rejects Harada’s plans on discovering some uncomfortable truths. Also introduced was Kris Hathaway, and she re-emerges in the opening pages, still enraged at Stanchek for manipulating her mind. She’s conflicted, but calculating, and what she does is fantastic. The opening story also delivers Faith as she’s been pretty well since. Enthusiastic, bubbling and single minded, knowing what’s right and acting on it, living every moment as if it’s the greatest thrill of her life: “I’m Zephyr! I’m a superhero! I totally save lives and stuff! My real name is Faith, but don’t tell anyone! It’s my secret identity!”

That opening story confirms a decision that Harada can’t be permitted to continue abusing people for his own ends, no matter whether he believes the eventual outcome is essential for mankind’s survival. To take on Harada and the people he’s already gathered, however, Stanchek requires super-powered allies…

Valiant tend to commission artist for entire story arcs, so it’s extremely unusual to find six pencil artists used over five chapters. Within superhero parameters Phil Briones (sample art), Barry Kitson, Lee Garbett, Khari Evans, Pere Pérez, and Matthew Clark are all good, some supplying less detail than others, but someone missing a deadline appears to have been an issue, so better hurried art than no art. The changes between artists, then, don’t affect the story to any significant degree.

There’s an occasionally twisted sensibility to Joshua Dysart’s plots. He’ll throw in a very nasty turn, and there’s also a very casual attitude toward the deaths of those considered villains, and their henchmen. Not that they don’t deserve it. That’s perhaps his release, because Renegades is a tightly plotted sequence of stories. It’s the opening and closing chapters that are the strongest, but anywhere you look there’s a nice touch. Stanchek used to hang around with a guy called Joe Irons, and he reappears in flashback in that final episode. The connection made isn’t necessary, but it’s neat to include it.

By the end of the book Stanchek has a crew in place in time for Harbinger Wars. Both can also be found in the first Harbinger Deluxe Edition at slightly larger than usual size and between hard covers. 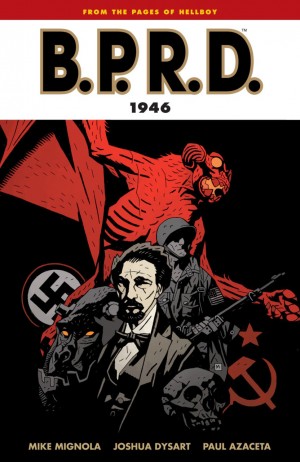 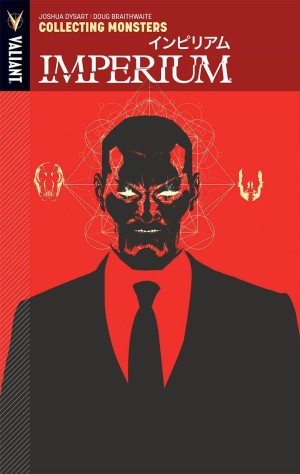 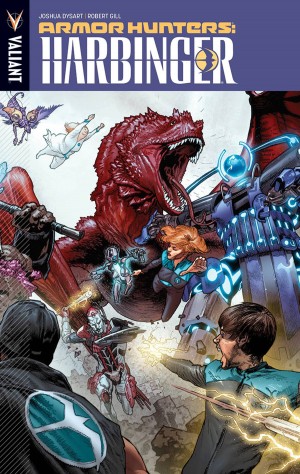 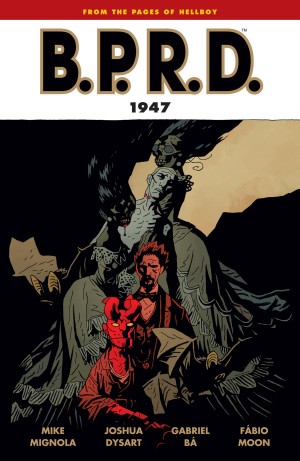