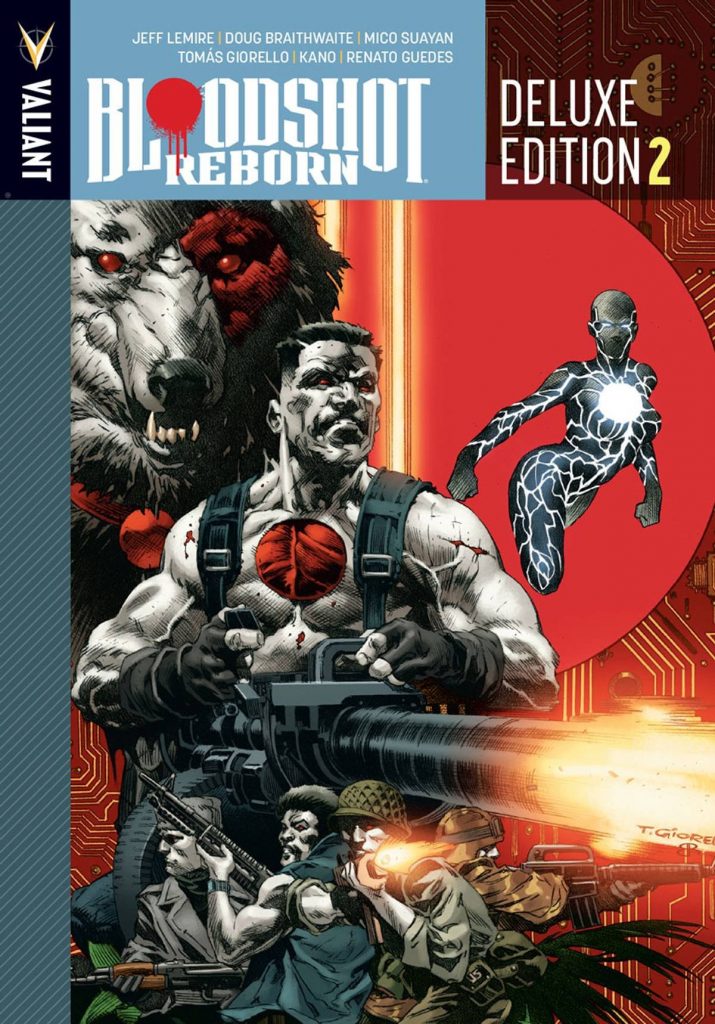 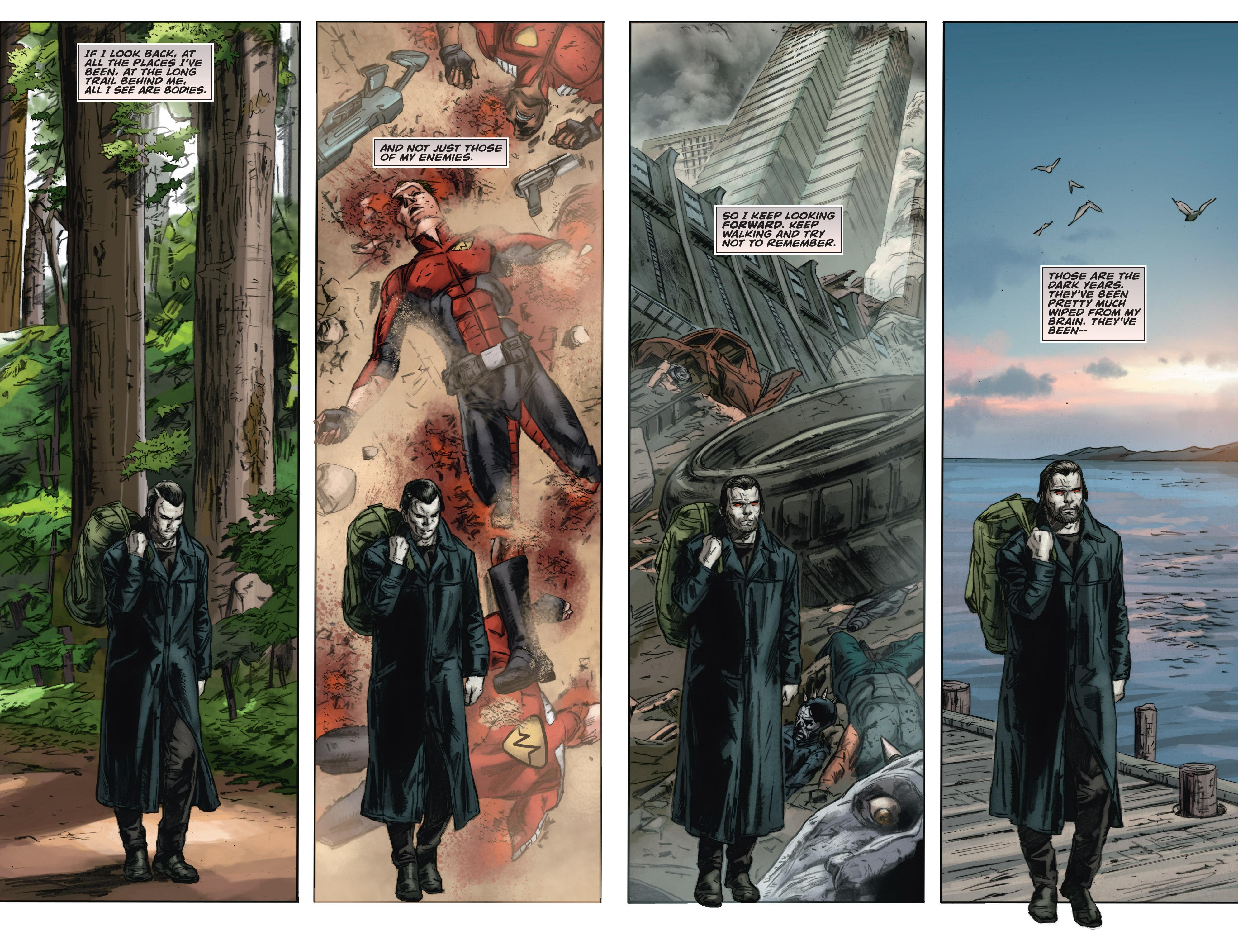 Presumably Valiant considered consistency of their hardcover editions the priority rather than logical editorial packaging. The Bloodshoot Reborn series doesn’t fit their neat three trade paperbacks being equivalent to one hardback formula, as in total it covered only four trade paperbacks and the subsequent Bloodshot U.S.A. The first three volumes were repackaged as volume one, leaving two more for here, requiring additional items to bring the page count up. Thankfully they’re all by Bloodshot’s then regular writer Jeff Lemire, but it makes for an inconsistent read.

Bloodshot Island concluded the Bloodshot Reborn series, and the content ultimately proves to be little more than a prelude. It introduces earlier versions of Bloodshot, who are moderately interesting, then heads straight into Bloodshot U.S.A., in which the nanites that created Bloodshot are let loose on the population of New York. This is more of an event, with a desperate battle and a tidy solution, but neither are Lemire’s best work on the series. More detailed reviews of that content can be found by following the links. There’s no problem with the art, with Mico Suayan and Doug Braithwaite involved.

That leaves the makeweight content as actually the premium material. The Bloodshot Annual is included in Bloodshot Island, and is the best of that book, with Kano drawing ‘The Silver Lake Slasher’, in which Lemire toys with horror cinema, but invests the plot with an emotional core. ‘The Fall of Bloodshot’ is more speculative, wonderfully illustrated by Braithwaite (sample art) and a brief run through of Bloodshot’s life from an undetermined point in the near future until his death. It’s episodic, with Lemire dropping some tantalising hints about the way the future of the Valiant universe may play out, yet let leaving enough uncertainty for others to fill in. It’s sketchy, but emotionally strong, and also found within the Book of Death Deluxe Edition.

‘4001 AD’ looks even further into the future as the nanites within Bloodshot’s now deceased human body awaken to perform a final mission. Both Lemire and Braithwaite make good use of the future setting, and wondering about the exact nature of that final mission propels the interest. It’s a simple story of redemption and reaffirmation, yet heart-warming and thought provoking.

The majority of the artwork is by Braithwaite, and it’s his overall excellence that might make an oversized hardcover at a premium price a worthwhile purchase. The thicker paper stock and larger size display his art phenomenally well. If his style is neither here nor there for you, you’d be better off completing the Bloodshot Reborn series by buying two trade paperbacks, as the superior content here is available in other collections.