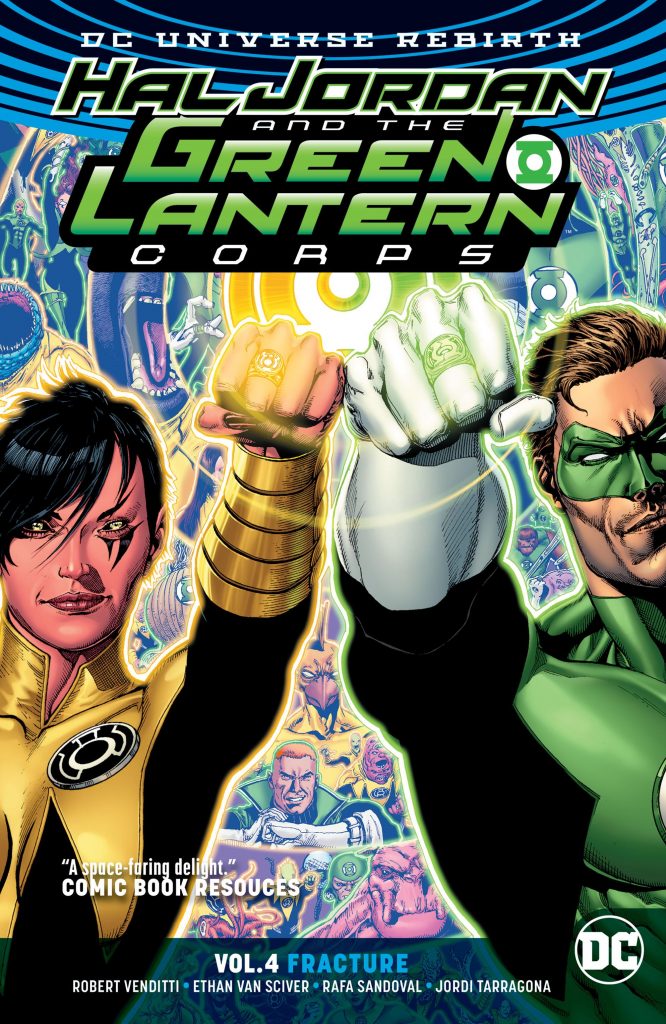 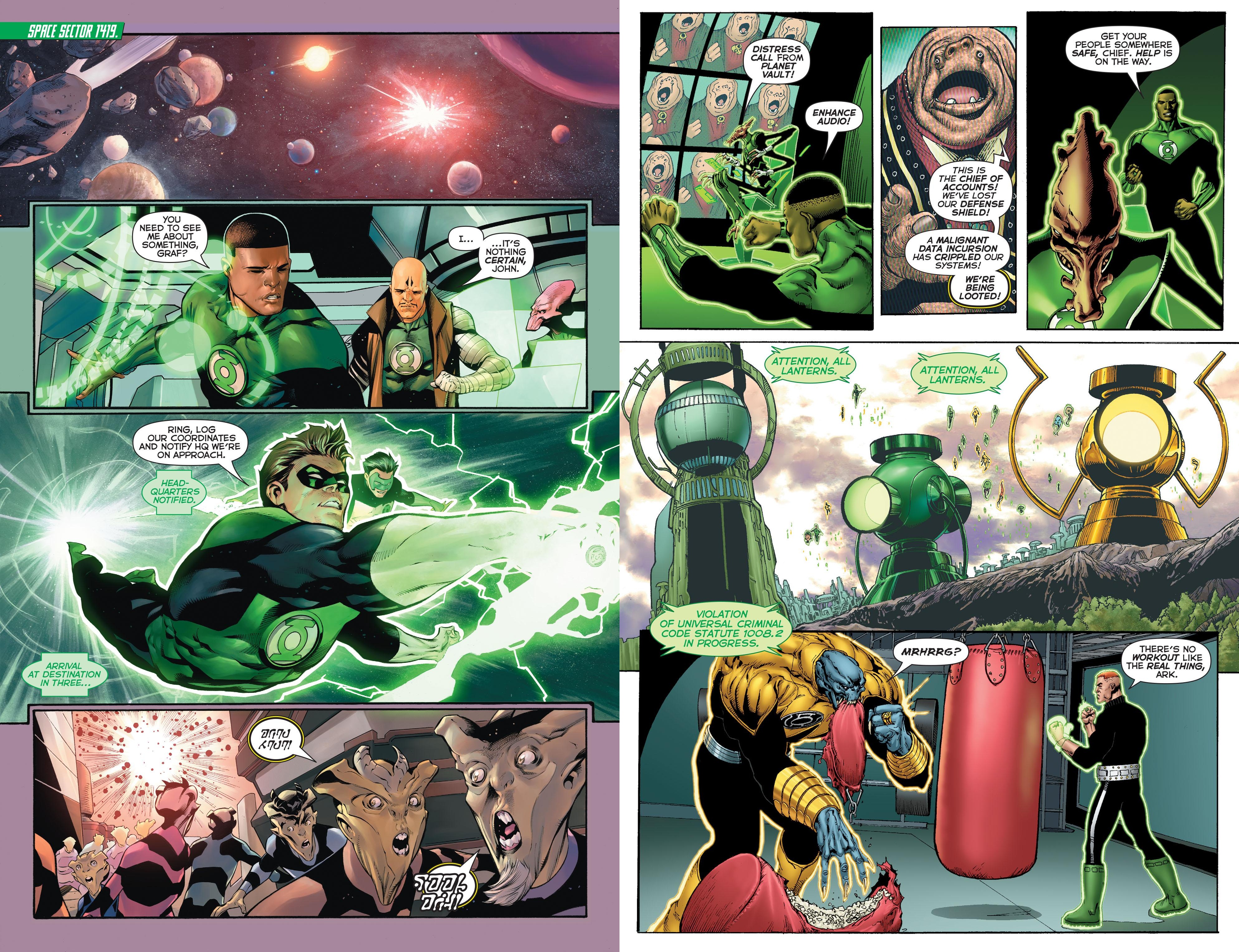 Until Fracture, Hal Jordan and the Green Lantern Corps has been a promising series, but one that’s not approached its potential. That changes with some excellent opening chapters in which Robert Venditti places two separate ethical dilemmas at the heart of the action. If you discovered a murderous thug from the future was the child you’d have with your girlfriend, how would you handle the situation? Kyle Rayner, in some ways always the most fallible of the human Green Lanterns, made the wrong choice. Beyond that, an incident was shown in Quest for Hope that now threatens the new alliance between the Green Lanterns and the Yellow Lanterns. All the latter were to be offered the chance for redemption, to join the new organisation or be jailed, but in the heat of the moment one Green Lantern didn’t see it that way, and the repercussions are immense as the two problems unify.

However, as ‘Fracture’ plays out, it’s dependent on grand gestures that service the plot instead of being consistent with established personalities. The schism created is artificial, and while it moves people in the direction Venditti wants for future stories, it’s at the cost of emotional credibility.

Whether it’s because he’s had more drawing time, or whether he’s simply enthused by the title story, Ethan Van Sciver’s art hasn’t looked as dynamic since the series opener, and the same applies to Rafa Sandoval on ‘Fall of the Gods’. He still has a tendency to draw figures with ridiculous muscles covered by spray-on costumes, but the layouts here allow for more than just posed figures, and when it comes to the story’s major menace he delivers emphatically on the scale of the threat.

‘Fall of the Gods’ introduces the New Gods back to Green Lantern continuity, and Venditti does so by extrapolating on an aspect of their long-established history. The Omega Rays are death rays, unceasing in their pursuit of a target, and able to pass through any obstacle. Is there any way to stop them?

Despite the convenient personality definition diminishing the ending of the title story, the improved art and scope and variety of the plots makes this the most readable volume of Hal Jordan and the Green Lantern Corps to date. Twilight of the Guardians follows.