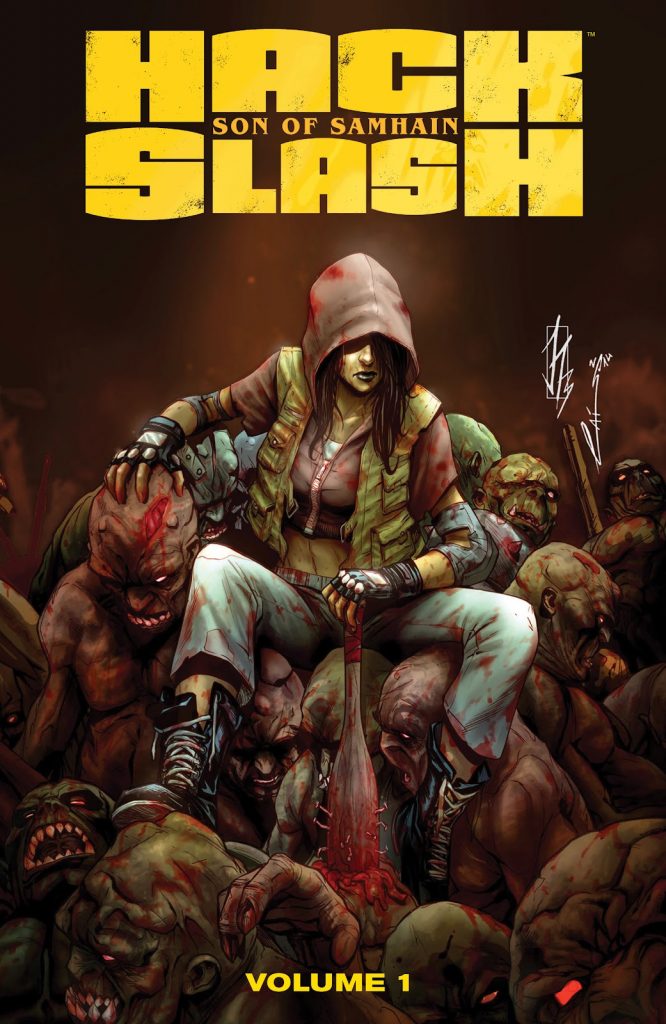 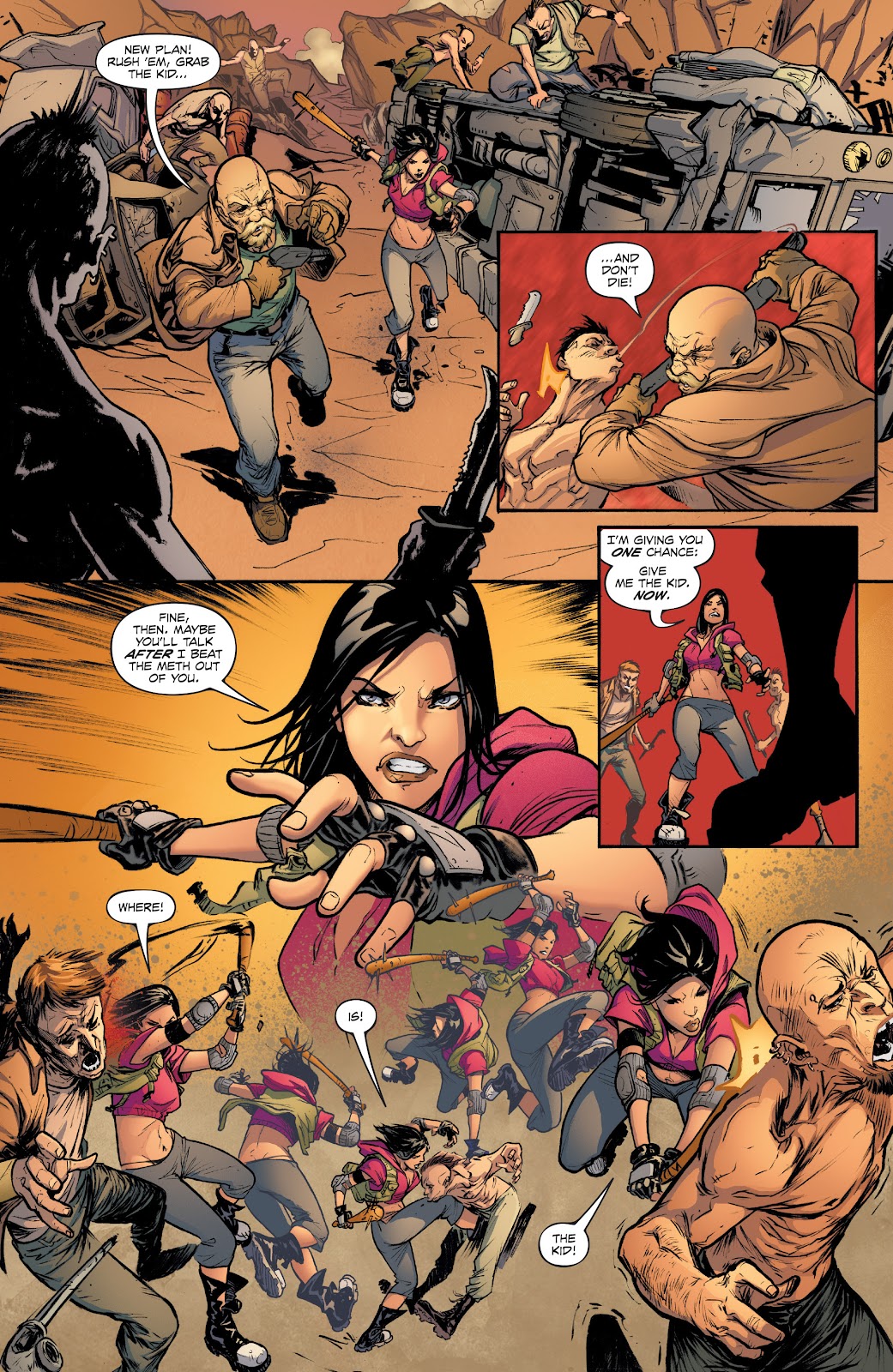 When published in 2014, Final was intended to bring Cassie Hack’s monster-slaying journey to an end, yet just a year later Son of Samhain appeared, although tellingly without any involvement from Tim Seeley. Instead the driving force is the writing team of Michael Morici and Steve Seeley, responsible for the best of the otherwise disappointing Hack/Slash: Dark Sides, and they’re accompanied by artist Emilio Laiso from that story.

Since retiring from the hacking and slashing business Cassie has been a bounty hunter, which makes good use of her talents while also being boring. It doesn’t take much persuasion from the elderly Delroy to entice her back into her old trade. He believes an ancient darkness from the dawn of time is set to return. He’s right about that, otherwise there wouldn’t be much of a story, but there are complications. A monster named Morinto wants to raise the God-Beast, but whether or not the God-Beast wants to be raised is another matter.

Laiso certainly ranks among the better artists to have worked on Hack/Slash. He brings the threats to credible life, but doesn’t slack off during the connecting scenes, while his characters are distinctive and easily told apart. He’s also hard-working, putting the effort in to ensure the sample page looks as dynamic as it does, when many would take an easier option.

Delroy isn’t the only partner accompanying Cassie, as more than one is required to replace the departed Vlad, and Morici and Seeley kind of sneak in that while Cassie is prioritising one threat, perhaps she should keep her eye on another. They provide crowd-pleasing cameos from characters who survived Hack/Slash’s earlier run, although at times drop too far into lengthy explanations from the past not entirely relevant to their main story. On the other hand, for the first time the sheer numbers of monsters at Morinto’s disposal make him a tougher threat than most Cassie has faced in the past, and that’s before taking the God-Beast into account. It makes for high-octane excitement and everything regular fans love about the series.

Cassie turns up again fairly quickly in the two volumes of Resurrection.